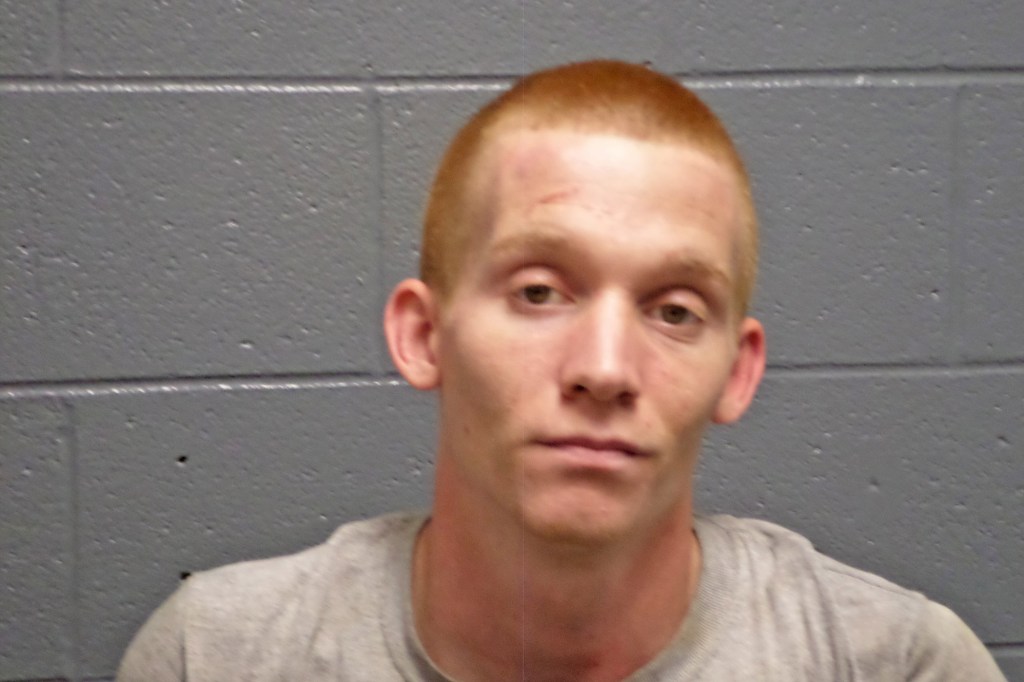 A man attempted to flee custody Friday when he kicked out the window of the van belonging to the Mercer County Jailer as he was being transported to the Boyle County Detention Center.

Evan Goodlett, 25, of Harrodsburg, was arrested about 9 a.m. Friday morning by Mercer County Sheriff Deputies when he was found inside a storage trailer in northern Mercer County.

“He had property in his vehicle and on his person that did not belong to him. Neither did he have permission to be inside that trailer,” said Deputy Wes Gaddis.

At about 11:30 a.m., Goodlett was transported from the office to the Boyle County Detention Center. Just before they reached the center, Goodlett kicked out a window in the transport vehicle.

“He jumped out the window and took off running,” Gaddis said.

Goodlett also managed to slide the restraints off and free himself. He ran into the old ATR building, now home to the Danville Office and Industrial Liquidators, the Bluebird Market and a portion of DANA Incorporated.

Gaddis said Boyle County Sheriff Derek Robbins and K9 Djanco came out, along with deputies from both departments and the Danville Police Department.

Goodlett was located inside the building “high on a platform,” Gaddis said, and was taken back into custody.

“It was interesting. I’ve never had to deal with this before,” he said.

Goodlett was taken across the street into the Boyle County Detention Center, where he remains.

Goodlett was booked on charges of burglary and resisting arrest. Gaddis said he will also face changes of criminal mischief, related to kicking out the window and tampering with the restraints, and an escape charge. Other charges could be added.