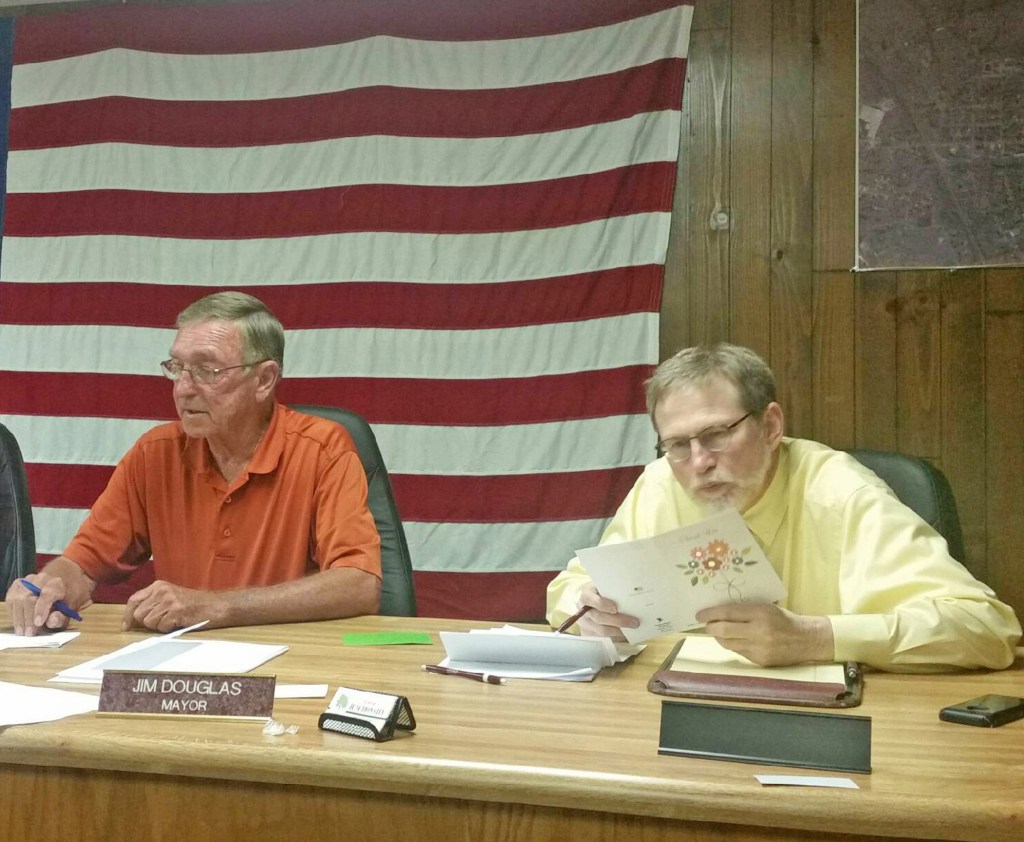 Kendra Peek/kendra.peek@amnews.com City attorney Jeffrey Jones looks at a card sent to the city during Thursday's Junction City Council meeting; his first meeting since being appointed to the position by Mayor Jim Douglas.

Jeffrey Jones, a Danville-based attorney, will be representing the city, filling the vacancy left by Lynne Dean who resigned after being appointed the Boyle County Attorney.

“We’ve had some conversations about some things and I think Jeffrey will work real well with the city,” said Douglas on Friday.

Jones has been an attorney for 28 years, 25 of those in Danville. Prior to that, he practiced in Winston-Salem, North Carolina. He said this will be the first time he’s represented a city.

“When it comes to municipal law, I’ve usually been on the other side,” he said via phone on Friday. “I think it will be really interesting.”

Jones also represents the Parksville Water District and said he has a great deal of experience in real estate and estate work, which he thinks will be of help to the city.

“They have mentioned to me, even last night, that they had a lot of real estate matters that they want to do something about,” Jones said.

He said he’s looking forward to working with the city.

“Last night, they seemed like a really contentious, enthusiastic group,” Jones said. “They seem really interested in the development of their community.”