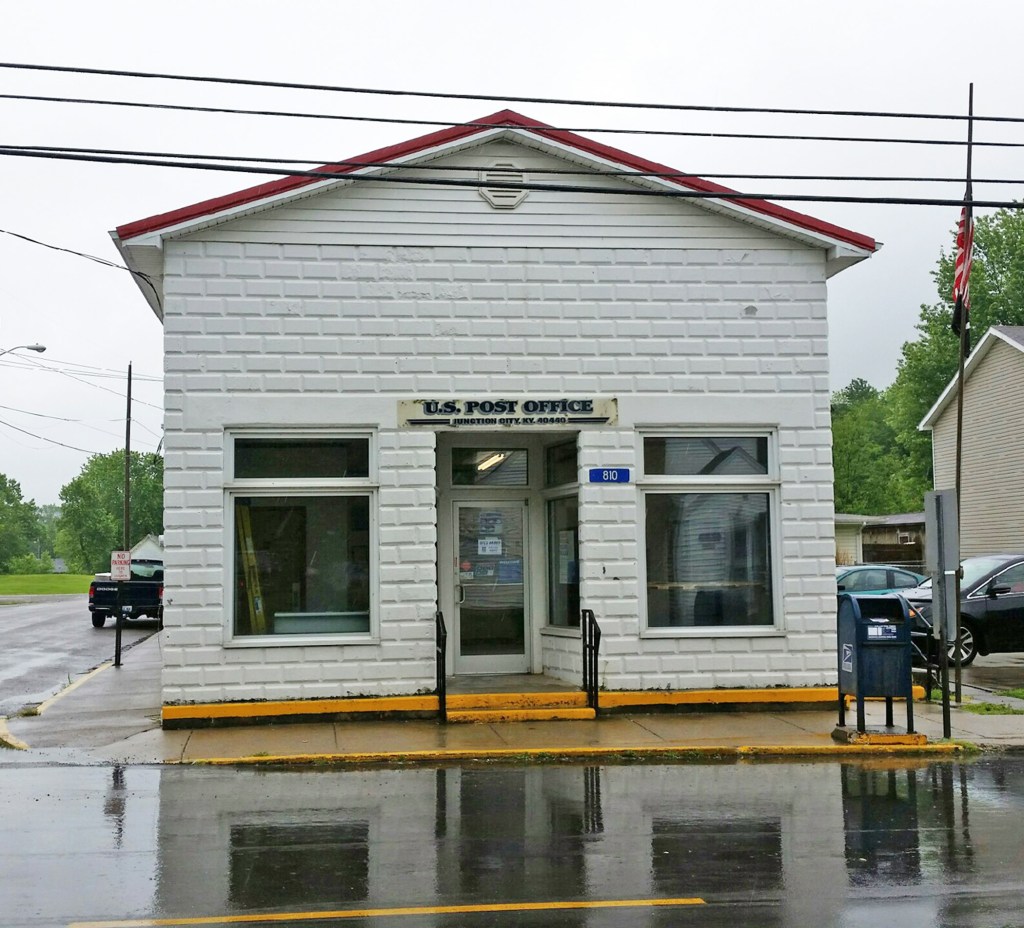 Kendra Peek/kendra.peek@amnews.com Junction City Post Office is getting an interior paint job, after a vote by the council Thursday night.

The Junction City Council approved a bid to repaint the lobby and back office of the city’s Post Office on Thursday night.

The building is owned by the city and rented by the U.S. Postal Service, who sent a letter stating that if it wasn’t painted by June 1, someone would be hired to do it and the money would be taken off the rent, said Mayor Jim Douglas.

“Their contract gives them this right,” he said.

Chad Douglas, a painter in the city, sent a bid to paint the interior areas for $2,675.

Douglas is the only painter licensed in the city — there was another who chose to leave the city when told they would have to buy a license, said City Clerk Susan Music.

“He informed (Chief Merl Baldwin) and me that he would depart Junction City and take his sign with him,” she said.

Mayor Jim Douglas recused himself from the discussion because he is related to Chad Douglas.

Council member Pete Kendrick asked how they could determine it had to be painted. Music explained the city had been asked last fall to paint it and the council approved the request in January, but never got anyone to do it.

“Apparently, they got tired of waiting. It’s supposed to be painted every five years and it’s been probably 10 years,” she said.

“We have to, he’s the only licensed one,” said Council member Bill McCowan.

“If they get it done, it’ll be three times that,” said Kendrick.

The decision was unanimous. Council member Steve Martin was absent.

• The council set the fireworks show for July 1. Fireworks will be set off from the city park after dark.

• The council heard from Tucker Huntsinger, pastor at Rapha Community Church. The church is newly formed in the community and hosted a community egg hunt for Easter, which he said between 200-400 people attended.

“We want to offer our services in any ways that we can,” he said.

• The second reading and passage of an abandoned urban property tax ordinance was held, which mirrors the one in Perryville very closely, said Douglas.

“This is one way of getting them to clean it up, maybe,” he said. “A similar ordinance has been in effect in Perryville for some time and apparently it works. You’ve got to do something to get rid of these things that sit here for years and years and years.”

A tax of $5 per $100 value will be levied against properties that violate the ordinance.

The decision was unanimous.

• The council heard that the Great American Balloon Race organizers want access to Lausman Avenue and Sharon Avenue to allow entrance into the airport.

Douglas said that people were caught “flying up” the street last year.

“The first incident we have like that, we’re shutting it down,” he said.

Chief Merl Baldwin said he understood that the main airport road entrance will be used as an exit. He said he asked them to notify residents on those streets to let them know of the inconvenience.

The airport is not in city limits.

• A request from Fire Chief Cory Kitchen was heard on spending the department’s state aid funding to purchase new hoses, along with other things needed for the department. The money is allotted annually to the department from the Kentucky Fire Commission; with restrictions on how to spend the money — anything of necessity is covered.

The department gets $11,000 yearly, and has to spend the money or will lose it. It can not be used for anything outside of the department.

• Baldwin asked council for permission to purchase three body cameras from the ABC funding for the police department.

“We talked about them six or eight months ago … now it’s pretty much the norm piece of equipment for every police officer,” he said. The council approved the request unanimously.