Leahey, Nolan use friendship off tennis court to succeed on it 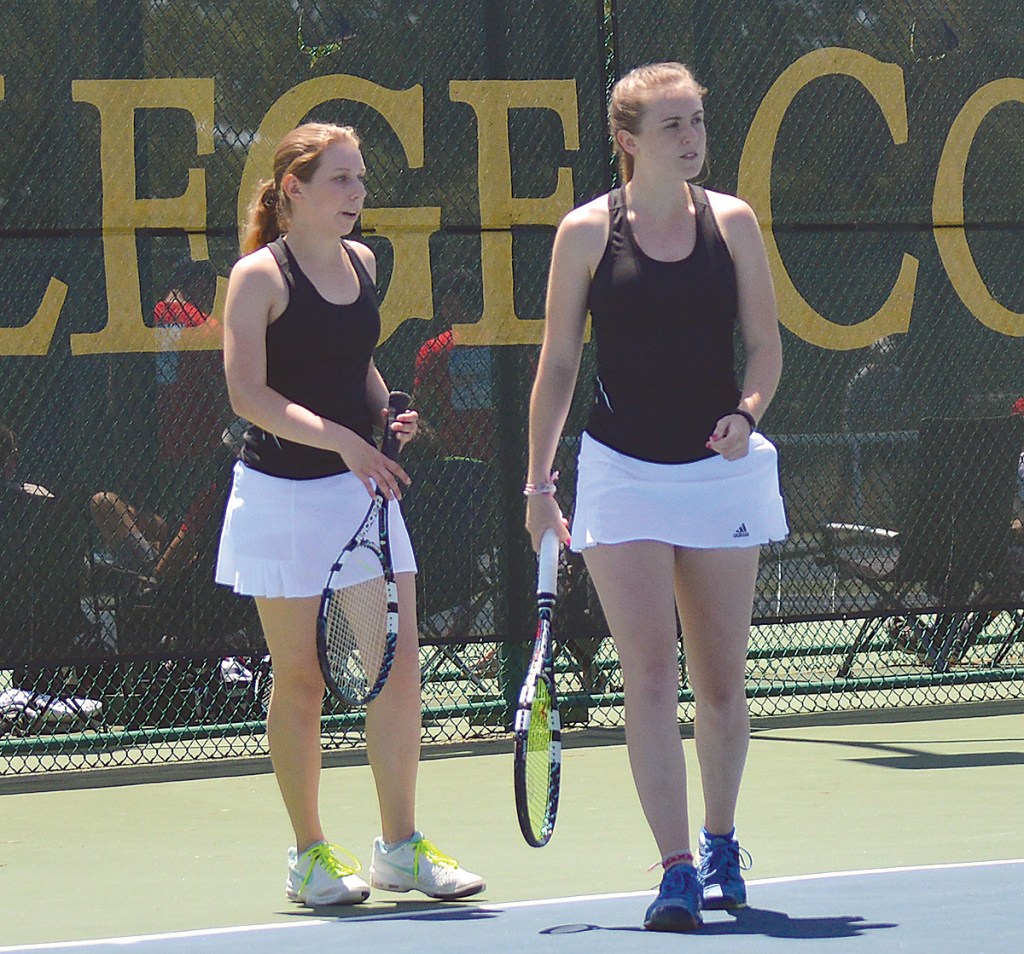 The first time Kate Leahey and Laura Nolan advanced to the state tennis tournament, they had to rally in the region meet to win and earn that spot. During that rally, Leahey said they were both vocal, cheering each other on, and it’s continued from there.

Now on their third straight trip to the KHSAA state tournament, the Boyle County senior doubles team is perhaps more vocal than most other doubles teams.

“That’s half the game, pumping each other up, knowing we can bounce back,” Leahey said.

But it isn’t just some random, meaningless chatter between two teammates. Instead, the friendship off the court makes what happens on the court much more meaningful to the Rebels duo.

“They’ve worked really hard at that,” Boyle coach Paula Thomason said of their communication. “They strategize off the court. They watch their opponent. (Monday) when they won their match against Berea, you could tell they were strategizing the whole way through, what wasn’t working they changed really quickly, readjusted and kept going.

“They know each other, they know their strengths and weaknesses, they know what motivates one another. They use that to their advantage. They really care about each other. I think that’s an amazing thing.”

Nolan and Leahey were a huge part of the Rebels winning their second straight 12th Region team title this week. To top it off, they fought through a tough championship match Wednesday at Centre to win the program’s first individual title in nearly a decade.

The seeds of that success as tennis players and friends began years ago when they started playing together in rec leagues at Bunny Davis.

“We’ve been each other’s best friend and we’re very comfortable with each other,” Nolan said. “We’re fine with telling each other how they should be playing and getting each other motivated.”

They’ve had plenty of time to get to know each other. During the summer, they’ll spend most weekdays, and some weekends, honing their games on the courts at Centre.

Those training matches don’t get too competitive — Leahey said they never compete with each other. Instead, they both admitted the only player they want to get beaten by is each other.

“Every time Laura hits a zinger down the line and I can’t get to it, I think, That’s my doubles partner, that’s awesome,” Leahey said. “The only person I want to better than me is Laura.”

The pair haven’t won a match in their last two trips to the state tournament, a streak they’ll look to end next weekend in Lexington. One thing is for certain, they’ll definitely put in their homework and leave no stone unturned.

After winning the region doubles title, Leahey said the experience from that tournament, when they had to beat the first- and third-seeded teams in the semifinal and final, showed them not to sell themselves short.

“A lot of the strategy when we’re playing, it comes from coming out here and hitting in the summer,” Leahey said. “The night before last, we both were online researching doubles strategy. We texted each other, This is a helpful video, this is a good strategy, you need to do this. Between every single game, and sometimes between points, we say, ‘They’re probably going to do this, so you need to do this. I’m going to hit a serve here, you need to do this.’”

It always comes back to friendship for Leahey and Nolan. From texting strategies back and forth to encouraging each other on the court, they’re not a typical doubles pairing.

Their comfort with each other even shows through in their confidence in themselves.

“We feel free to try something new because I’m not going to be embarrassed because I know we’re so comfortable and on each other’s level that we can just go for it,” Nolan said.