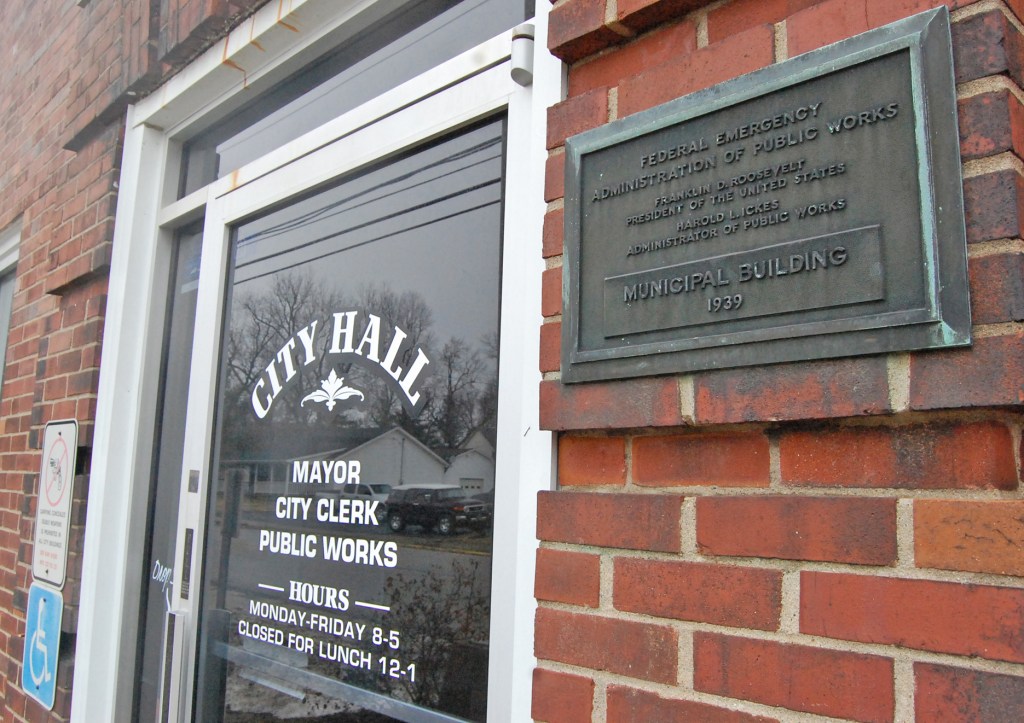 File photo Junction City Hall has a 1939 plaque on the outside and was built as part of the Federal Administration of Public Works.

City-owned buildings in need of repairs are to blame for more than 40 percent of a $48,425 increase in Junction City’s 2017-18 budget, according to city officials who held the first reading of the proposed budget Thursday.

Music said the increase is because of the age of four city buildings: the one that houses city hall and fire department; the one with the police station and Sweets By Cindy; the post office; and the community center.

Music said the roof on city hall is in bad shape and one of the buildings has a furnace in need of repairs.

The proposed fire department budget is $50,440, up from the current budget of $35,550. The city increased the equipment budget from $10,000 to $20,500, which includes the yearly $10,500 in state aid funding for the fire department; and an added line item for repairs and maintenance totaling $4,500. The reason for the increase, according to Music, is the age of the city’s fire truck.

Municipal aid expenditures are expected to increase to $189,424, up by $21,484 from the current year. That includes a $2,000 increase in contractual services, including exterminator services, carpet cleaning, the cost of someone to fill in as city clerk from time to time and street paving; a $5,000 increase in miscellaneous expenses, to cover tool repair; and a $10,500 increase in repairs and maintenance, to cover the costs of other older equipment repairs in the city.

Junction City Council could pass the budget with a second reading during its next meeting, 7 p.m. June 8. 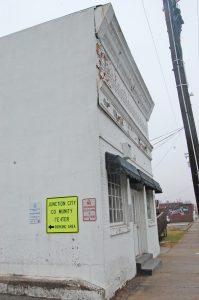 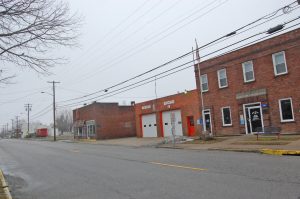 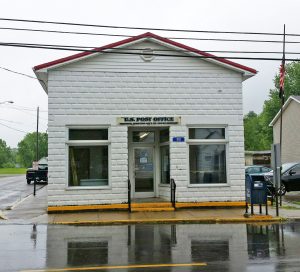 Kendra Peek/kendra.peek@amnews.com
Junction City Post Office is getting an interior paint job, after a vote by the council Thursday night.