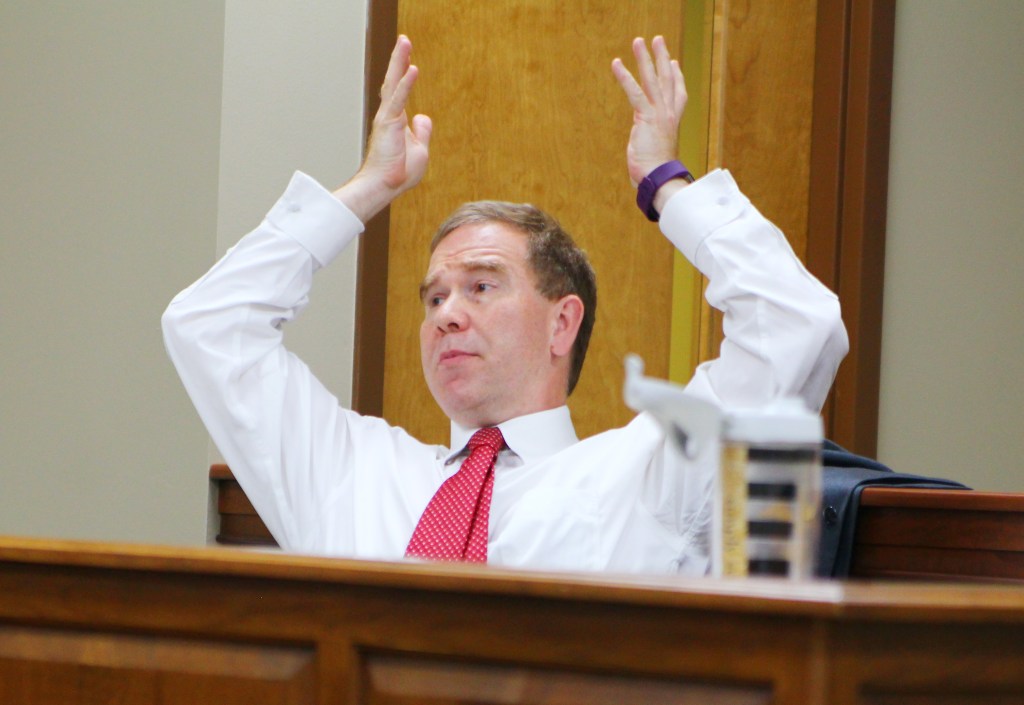 Ben Kleppinger/ben.kleppinger@amnews.com Mercer County Attorney Ted Dean, a member of the Boyle-Mercer Joint Jail Committee, questions the need to increase health care coverage at the jail to 24 hours per day.

The Boyle-Mercer Joint Jail Committee has voted 4-1 to recommend a new, 24/7 health care provider for the Boyle County Detention Center.

The fiscal courts in each county will now have to decide whether they want to contract with Southern Health Partners at a base cost of $409,956 for the first year.

SHP was one of three companies that bid for the jail’s health care contract, and it was the low bidder. Even so, its price is about $115,000 more than the counties are expecting to pay this year to provide medical care for inmates.

The current health care provider, CorrectHealth, provides 16 hours of service Monday-Friday and 12 hours on Saturdays and Sundays. But CorrectHealth gave what amounted to an ultimatum to the jail in March: It wanted almost $200,000 more so it could provide 24/7 coverage or it wouldn’t continue service.

According to officials, CorrectHealth is concerned it cannot provide adequate health care services for the jail’s inmate population, which is often above 350 and has at one time topped 400, without having staff present 24/7.

CorrectHealth bid for the health care contract, but only provided a 24/7 option at about $516,000 for the first year, Judge-Executive Harold McKinney said.

“I’ve still just got some misgivings about the price increase and going to 24-hour coverage,” Ted Dean said. “… Maybe this is naive of me, but I would like to believe that we could continue to provide the required level of medical care not at 24-hour coverage but at that 16, just to shave our costs by a bit.”

McKinney, Lynne Dean and Harmon all noted that less-than-24-hour coverage potentially puts the jail and the counties at risk for a lawsuit if an inmate needs medical care during a time when there’s no medical staff at the jail.

Ted Dean acknowledged there is a “liability risk” associated with non-24-hour coverage.

“Just generically speaking, there would an increased risk for exposure without the 24-hour coverage,” he said. “But we’ve got to weigh all those things out … and ultimately the cost to the taxpayer.”

The jail has not had a lawsuit filed against it for lack of care, he noted.

“I think we can do 16-hour coverage,” Ted Dean said. “I can see the pros of going 24 hours with it. I’m just trying to balance our inmates’ needs with the ultimate costs that we’ve got to pass along.”

McKinney said SHP set its increases at 3 percent each year; CorrectHealth’s bid would have tied annual price increases to the Consumer Price Index.

SHP’s base prices would also go up if the jail exceeds an average daily inmate population of 360 during any month. The counties would pay an additional $1.25 per inmate per day for the month where the average was above 360. 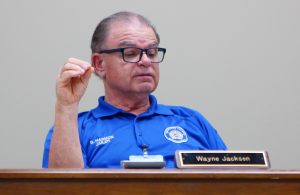 Harmon said one potential advantage of SHP is that the company already provides health care services for many other jails in Kentucky, meaning they potentially have backup staff available in case of emergency.

SHP’s proposal states that it “manages medical care for inmates in more than 220 county detention and correctional facilities in 14 states, including 33 facilities in Kentucky.”