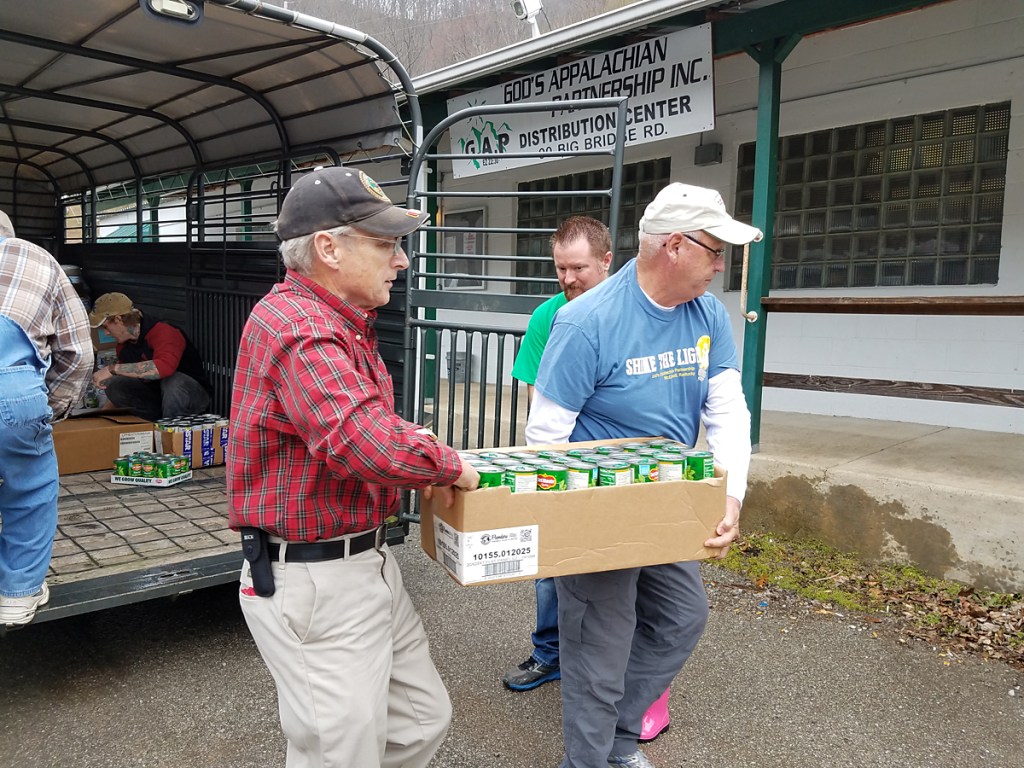 As reported in an Advocate-Messenger news article, research shows that more and more children and their families are food insecure. Food insecure means that they don’t have enough food to fulfill the basic nutritional needs of the body for a healthy life. The article went on to state that in our local area an average of 24 percent are insecure while over 30 percent are food insecure in Eastern Kentucky. That’s where the annual South District Baptist Association (SDBA) Souper Bowl Food Drive comes into play.

The idea of the first SDBA food and personal item drive started when a team from one of our churches was on a mission trip to GAP (God’s Appalachian Partnership) in Eastern Kentucky. They saw the needs of the area and a poster that talked about one of the local churches having a competition between its members to collect items. One church in South District, Danville First, decided that was a great way to help the mission of GAP. Thus the Souper Bowl event was started with a completion between the men and women of the church.  A year later while talking to a friend who was the mission team chair and the director of SDBA the question arose, “Do you think we could do this with all the churches of South District not only for GAP, but for our local food bank, New Hope and several other smaller ones in the area?”

Thus the Souper Bowl food drive came into existence.  A challenge was issued to all the churches and the Lord has blessed it ever since with such growth and amounts that we could not have imagined. But as we all know nothing is impossible with God. So in the eight years of the event, with competitions between big and small churches and competitions in various ways within the churches and with God’s marvelous blessings the South District Souper Event has collected over 292,000 items. This shows what teamwork can do when we focus on the fact that the Lord wants us to Love one another.

Speaking of love, this year’s motto was Love is the Evidence from a song “Evidence” by Citizens Way which say, “Mercy, Grace, and Compassion are only words without actions, we need hands that are open reaching out to broken hearts since that is the only way lives with be changed!”

The actions of our 16 churches showed their compassion for others from standing outside of Walmart or Kroger in the cold, to kids doing cheers in their churches and to the members sacrificial giving this year’s food drive total (83, 600) exceeded last year by 15,000 items. Special thanks go to members of the athletic department of Campbellsville University who came and helped unload food at one of the food pantries as well as to Stanford and Danville Walmarts and to Danville Kroger for letting us collect items outside their stores. Also, thanks go to all the patrons of these stores for their donations.

One story at Kroger emphasizes the love of area folks when a mother and her little boy brought a basket of food then handed us money with which to shop. When told she didn’t have to do both, she said, “My family once needed the local food banks and now that we don’t we want to help those who now struggle like we once did. Thanks for making it easier for us to share!”

The collecting is only the start as the blessing comes when we see the smiling faces of the food pantry workers and their clients as the food was delivered to five smaller food banks at Gethsemane Baptist, Immanuel Baptist, Casey County Food Bank, Kentucky Mountain Mission, and Perryville Baptist and two larger ones God’s Appalachian Partnership in McDowell, Kentucky and New Hope in Danville.

Amounts delivered that in some cases will last for a couple of months. Victoria Timberlake, the director of New Hope stated, “On behalf of New Hope Food Pantry and the residents of Boyle County, I say a huge thank you to all the churches that participated in the food drive. The variety of food you delivered is not common to us except through this food drive. Our clients look forward to the bountiful donations as it far exceeds their expectations every year. God bless the families and churches!”  She told us we delivered 22,000 pounds of items to them.

The director of God’s Appalachian Partnership, John Morris, sent these comments, “God’s Appalachian Partnership would like to thank the churches of the South District Baptist Association for their annual food drive. These resources are vital in not only meeting the physical needs of people in eastern Kentucky but also in meeting their spiritual needs. They are tools we use to show the love of Jesus Christ to those to which we minister. So thank you for partnering with us in sharing the gospel of Jesus Christ!”

As you have read this year’s Souper Bowl Food drive far exceeded our goal because of special people who opened their heart and hands to show God’s love for others. Souper Bowl is reaching out to help meet the food needs of people in our community and would love to have other churches in our area to join in this event.  For more information contact SDBA at (859) 238-7624. 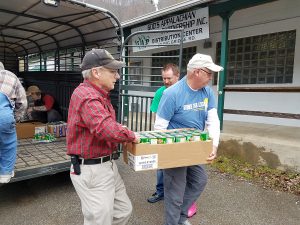 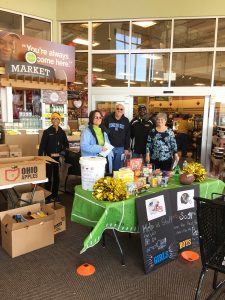 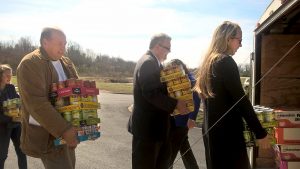