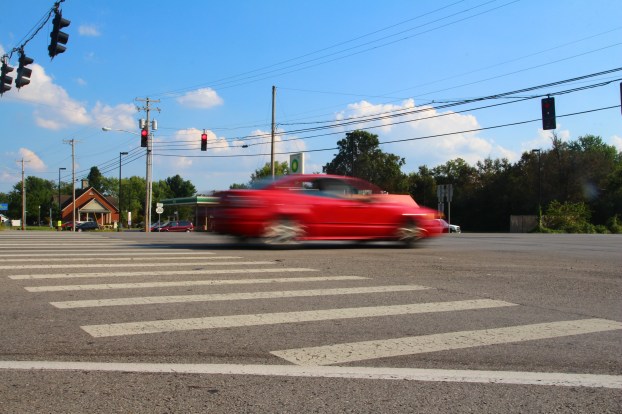 Ben Kleppinger/ben.kleppinger@amnews.comThe intersection of U.S. 127 and Shelby Street in Junction City has been the scene of many wrecks, including a fatal pedestrian collision earlier this year. Officials say they feel the intersection is unsafe due to poor lighting and heavy pedestrian traffic.

U.S. 127 and Shelby Street intersection will soon be lit

Just a few months shy of a year since a Junction City teen was killed at the intersection of U.S. 127 and Shelby Street, the Kentucky Transportation Cabinet has approved a plan from Kentucky Utilities to place lights at the intersection in an effort to light up the crosswalk.

“I think it’s wonderful. I think we’re finally making progress,” said Steve Knight, father of the teen, John Knight, who was hit by a car while crossing with friends on July 14, 2016.

Junction City Mayor Jim Douglas and city council member Hershel Fletcher explained the process to council members during Thursday’s meeting. It was delayed, they said, because it initially used 400 watts bulbs. It was reduced to 200, the same as along Shelby Street in the city.

According to Natasha Lacy, information officer for the Kentucky Transportation Office, 200 watts is the brightest bulb permitted for street lighting. She said the plan had been approved.

Cliff Feltham, statewide media relations manager with Kentucky Utilities, said they were not aware the plan had been approved yet, but believed it would be coming soon.

When the the approval is received, he said, it likely won’t take long to get the lights put up.

“We can do the install relatively quickly,” Feltham said, and said they could likely get them up in five to seven business days — probably in the next few weeks.

Knight said his family was pleased to hear that the lights were going up soon.

“It’s going to benefit, not just the community, but everyone who drives through that intersection,” he said. “It’s a good thing, for sure.” 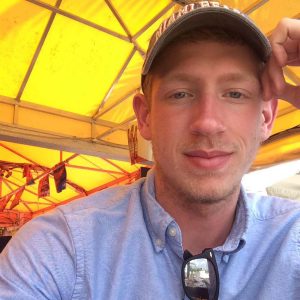 Photo submitted
John Knight was fatally hit by a car at the intersection of US 127 and Shelby Street in Junction City on July 14, 2016, while attempting to cross. His father believes that better lighting and a reduced speed at that intersection could help save other lives.

The Danville-Boyle County Chamber of Commerce Board of Directors has given its OK to a plan that would shift responsibility... read more