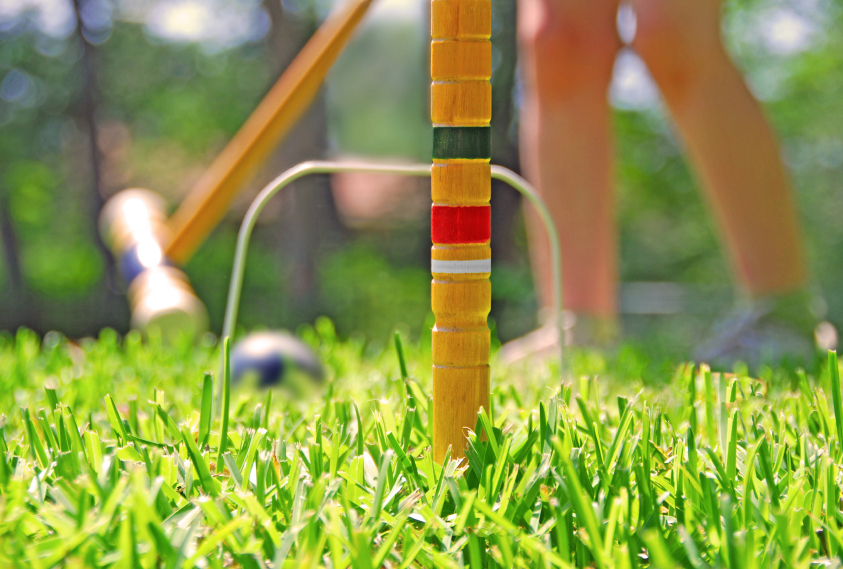 Many know Perryville for its rich Civil War history, culminating annually with the Battle of Perryville reenactment drawing thousands from around the country. But what they may not know is a weekly croquet game was played there — for 50 years in a row — on the grounds at the Karrick-Parks House.

This year, for the first time ever, the Great American Brass Band Festival offers its croquet game, played on the lawn of the historic home.

“It has always been very special to me,” Vicki Goode says of the town of Perryville. Goode heads up Main Street Perryville Inc.

“I love the history, the people, the beauty of our historic small town. It has not changed much in over 200 years, I think that makes it the perfect place to raise children, enjoy the sense of community and the security of a small town.”

According to Kelly Gray, heading up the croquet game, “The best part of Perryville is the comfort it offers. There is always someone there to help with any situation and never ask for anything in return. The people here are truly genuine and treat you like family. Perryville’s Merchants Row is the oldest retail street still standing and still in use in the country.”

The reason Karrick-Parks was chosen is simple. Goode says, “It is one of the largest brick homes in town. The Karricks and the Parks were prominent business people. The home was the site of many parties and activities for their friends, including a Sunday afternoon croquet game that was played each week for 50 years.”

Gray explains how the game worked.

“For the Croquet and Brass event this year, we have set it up to work as a tournament, so we are putting a time limit on the game and will determine a winner based on one shot at the end of the tournament. This is our personal spin on the game. We decided to set it up this way to get as many people involved as possible and to create an Americana atmosphere.”

The game opens up at Karrick-Parks at 5 p.m. sharp; all teams will meet up to review rules and get an understanding of the set-up. The game is slated to start at 5:15 and last through 6:30 that evening.

During the game, the Bourbon Boys Brass Quintet will provide tunes from 5:30-6:30 at the main stage.

Powerhouse Brass Quintet takes over the music from 7-8 p.m. on main stage, and winners of the game will be announced at 7.

For more information about the event, email Kelly Gray at marketplacegray@gmail.com

Paige Glasser, a student at Danville High School, contributed to this story.

Vicki Goode, executive director of Main Street Perryville Inc., says there’s a few things people may not know about the historic Karrick-Parks House or the town of Perryville.

• “The home was built about 1840. James Vance Karrick bought the home for his wife Rebecca. Initially it was only one story but was added to by the time the Karricks purchased it. James then had the back porch bricked in and covered the porch leading to the detached kitchen, adding more space for his large family. He passed away in 1860. Rebecca continued to live in the home with her children, and were there at the time of the Battle of Perryville. Union soldiers occupied the home for a year following the battle. The medical corps were based out of the home. Rebecca and her family were allowed to live there.”

• “At times people report seeing a young girl at the window on the second floor. She is friendly, but sometimes a little noisy.”

• “Perryville druggist, Dr. Wallace Green was born at Perryville, April 30, 1843. He was a clerk for Dr. Gabriel Walker, a druggist there in 1860. He purchased a store in 1862, and married Miss Hallie V. Karrick on Nov. 21, 1866. They were married for 66 years. Dr. Green passed away on Jan. 9, 1933. Dr. Green was 90 years old at his death and was the oldest active businessman in Boyle County. He was also the oldest active druggist in the state, maybe the country.”

• “Perryville was listed on the National Register of Historic places in 1974. There are 221 houses in town. Over a hundred of these homes were built on or before 1840. They are basically just as they were when built. It is an amazing collection of pre- antebellum buildings still in use. Historic Merchants Row is a collection of 11 buildings that comprise the oldest antebellum commercial district still intact and in use. You can take a walking tour and see the historic homes, visit shops and tour the Perryville Battlefield State historic site.” 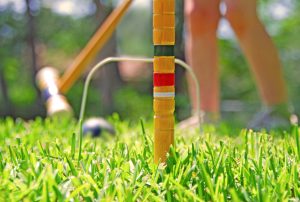 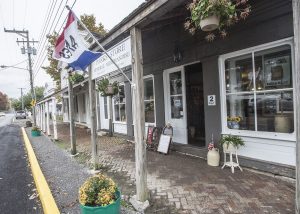