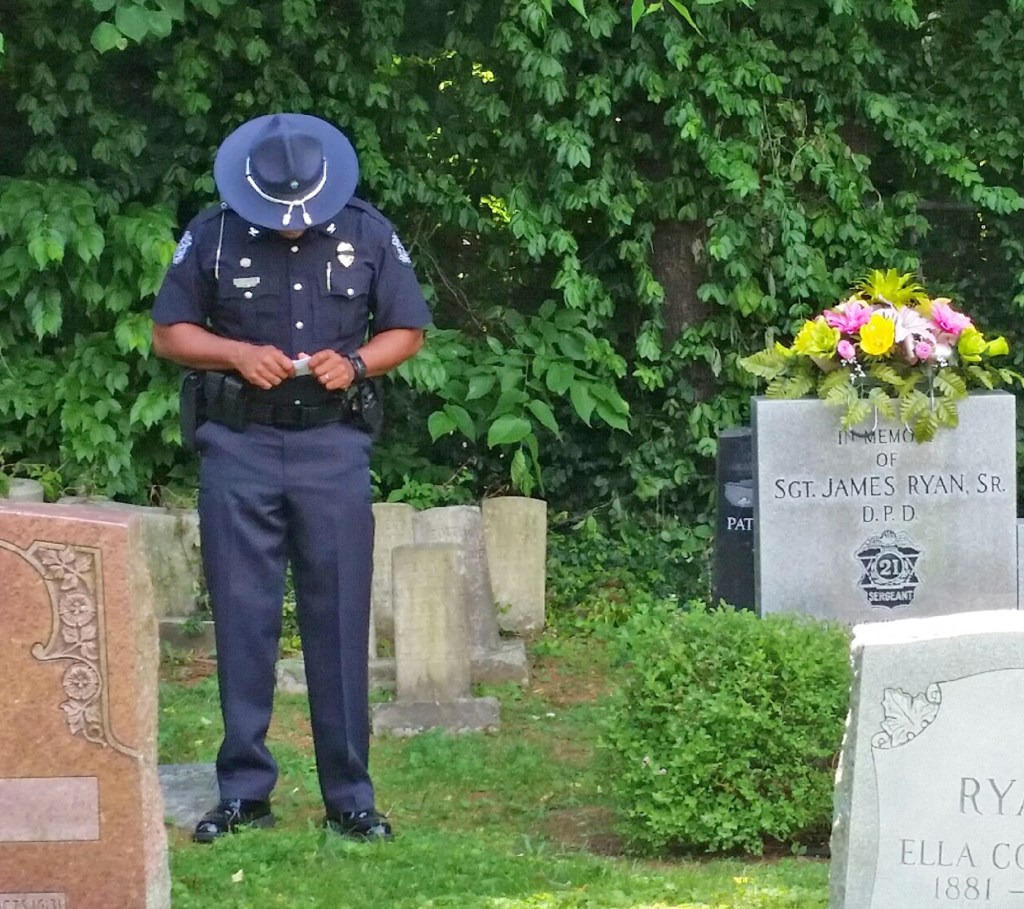 Honoring those who put their lives on the line for the city of Danville, a fallen officer memorial service was held at Bellevue Cemetery on Thursday.

Police Chief Tony Gray shared the stories of Officer John T. Crum and Sgt. James Ryan Sr., who died in 1901 and 1968, respectively. Officers under his watch, city officials and friends and family of Ryan were in attendance.

“Thank you for the support of the Danville Police Department and for your family’s sacrifice,” Gray said to the Ryan family: Ruth Ryan, the daughter-in-law of the late police sergeant, who’s late husband also became chief in the department; and her daughter Jamie Prewitt.

On Nov. 3, 1968, Sgt. James Ryan Sr., 64, was responding to a burglary call on South Fourth Street, with the call of an officer down. The two officers encountered a man with an automatic rifle — he opened fire, striking Ryan six times.

Ryan, who was scheduled to retire in two months, was transported to the then-Ephraim McDowell Memorial Hospital. He died the following day, leaving behind a son, two sisters and five grandchildren.

He was a 26-year officer with the Danville Police Department.

Also remembered was Officer John T. Crum, 53, who had been with the Danville Police Department for four years when he was killed on April 10, 1901.

“Officer Crum was shot and killed while investigating illegal alcohol sales at a local establishment. He had gone to the bar to serve a warrant on the owner for serving alcohol,” Gray read. “When he entered the bar, four patrons immediately left, leaving only Officer Crum and the owner. A struggle ensued between the two and the suspect shot Officer Crum twice in the chest, killing him.”

Crum’s killer fled, but was quickly apprehended. He was convicted of the shooting and executed by public hanging later that year.

Crum was survived by a wife and 10 children.

Gray thanked those in attendance for joining him in remembering the officers during National Police Week, and honoring all officers who have served in the department since its founding. 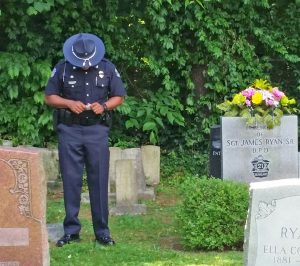 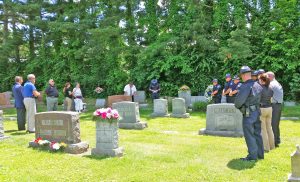 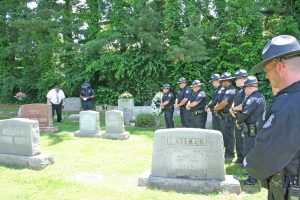 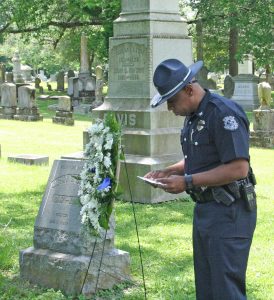 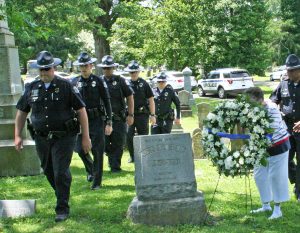 Kendra Peek/kendra.peek@amnews.com
Danville Police Officers walk up to the stone of John T. Crum as the daughter-in-law of the late James Ryan Sr. adjusts the flowers at the grave.

Weisiger completion about a week away, engineer says