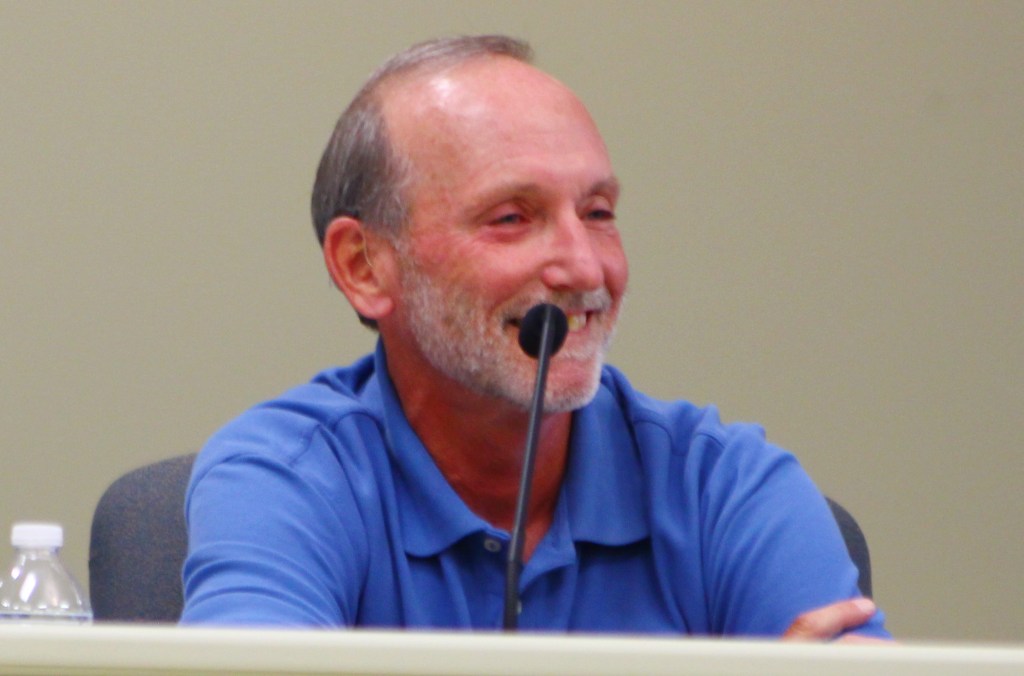 As Danville City Commissioners ponder the city’s next annual budget, one area some are looking to reduce spending in is community agency funding.

Commissioner Rick Serres said Thursday evening he is concerned about “overlap” in the services provided by different community agencies that the city is planning to give funding to. He asked for further discussion of the current plan — something that City Manager Ron Scott said ideally needed to happen either during the Thursday evening commission meeting or via email prior to Monday, when the proposed budget is formally presented to the commission.

“After that point, it’s increasingly difficult to make different decisions,” Scott said. “… We operate as a city commission based on collective judgment calls, so if you have thoughts, please share those.”

Serres asked commissioners Kevin Caudill and Denise Terry, the other two present for the conversation, about their feelings on agency purposes overlapping.

“I still feel like there seems to be a little overlap if you take a look at New Hope Food Pantry and now Grace (Café) has jumped in the game,” he said. “BCTC is added and we feel that’s great economic development. Grace is also new, and there’s a great benefit there, but there is great benefit in a lot of programs out there.”

The proposed budget lists a $50,000 contribution to the Danville campus of Bluegrass Community and Technical College in the city’s community agency funding budget. That $50,000 was promised by Danville last year when BCTC was seeking matching funds so it could receive a Work Ready grant to build an advanced manufacturing center. BCTC received grant funding of more than $2.7 million for the project.

Caudill similarly stated in the meeting that he feels the BCTC allocation is an “economic development investment” more than community agency funding.

The proposed budget calls for $7,200 to be given to Grace Café. The pay-what-you-can restaurant tried twice last year to receive community agency funding from the city, but was denied because officials said the restaurant could not provide adequate proof of how many people it was helping. This year, Grace Café collected additional information about its services and used the results of a survey conducted by Centre College students to gain funding eligibility.

“I agree there’s some overlap between Grace and New Hope; I think in my mind, the difference is there may be somebody who doesn’t have anywhere to prepare the food that you would get at New Hope,” Caudill said. “… So they’re a little bit different but your point is well taken that at some point we need to cut off and not take anybody else.”

“Grace isn’t a cutback — I’m not trying to pick on them — they’re new,” Serres said. “So it kind of concerns me a little bit.”

Serres said he also worries that providing community agency funding can lead to further requests for funding from others when the city is trying to reduce how much it provides.

“Are you not opening the door for other people to come knocking with their hand out as well?” he asked. “It’s something that weighs heavy on my mind. I think you made a good point though, Commissioner Caudill, where one is prepared (food) and the other is they pick it up and have to prepare it themselves.”

“But I think you made a good point,” Caudill responded, “about at some point, we’ve got to discourage people from coming here to look for money.”

“The thing about Helping Hands — I think it’s a great organization,” Caudill continued. “But I noticed they have over $40,000 in the bank.”

“I think it’s more than that,” Terry said. “The point is, if you have money in the bank, why are you coming to us and asking for more?”

Caudill said Helping Hands is spending around $14,000 per year.

Terry later brought up an issue about Grace Café that was discussed last year as well — its existence in a market with for-profit businesses.

“As far as Grace Café is concerned, for me the difference is people that are going there and pay have a choice to go there or to go to a for-profit business,” Terry said. “These other agencies do not have the general public walking in off the street to contribute to them.”

Commissioners warned community agencies earlier this year that while they weren’t looking at a major reduction in funding this year, that in future years the amount the city gives to non-profits could be substantially diminished or even eliminated entirely.

The amount of community agency funding from Danville has risen steadily for several years, according to the city’s proposed budget. Three years ago, Danville provided $162,250; two years ago, it provided about $174,000; last year, it provided $180,450; this year, the city is projected to provide $200,100.

The proposed budget for next fiscal year cuts funding for most agencies by around 7 percent, according to a memo from Scott. But the total budget still goes up to $235,600 because of the $50,000 included for BCTC.

Scott also told city commissioners the city can cut $4,000 more by eliminating its support for the Community Education program, which will apparently no longer exist.

“Other funding support for that position has not been continued for next year by Boyle County School (District),” Scott wrote in a budget memo. “So you may wish to agree not to provide any funding for community service … as the $4,000 amount now included as city funding will be insufficient to effectively provide community education services.”

Cutting the community education funding would leave the city spending $181,600 on community agencies, not counting the BCTC amount. That’s still more than in any other year except the current one.

Scott said he will base his final recommended funding levels for community agencies on the input from commissioners at the meeting and any comments sent to him after the meeting.

In past years, the recommended level of funding has been determined by city commissioners as they evaluate the community agencies. This year, the commission still held evaluation sessions for funding applicants, but gave Scott the job of taking their input and coming up with recommended amounts.

“I think it’s actually more consistent with the form of government and the responsibility of the city manager to make a recommendation,” Scott said. “Now you can differ from those, but I think really, it’s more difficult for each of you individually just to try to (make a recommendation) absent the larger numbers and pictures.” 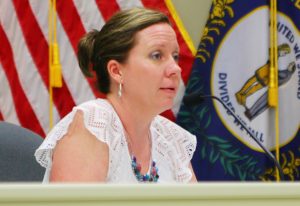