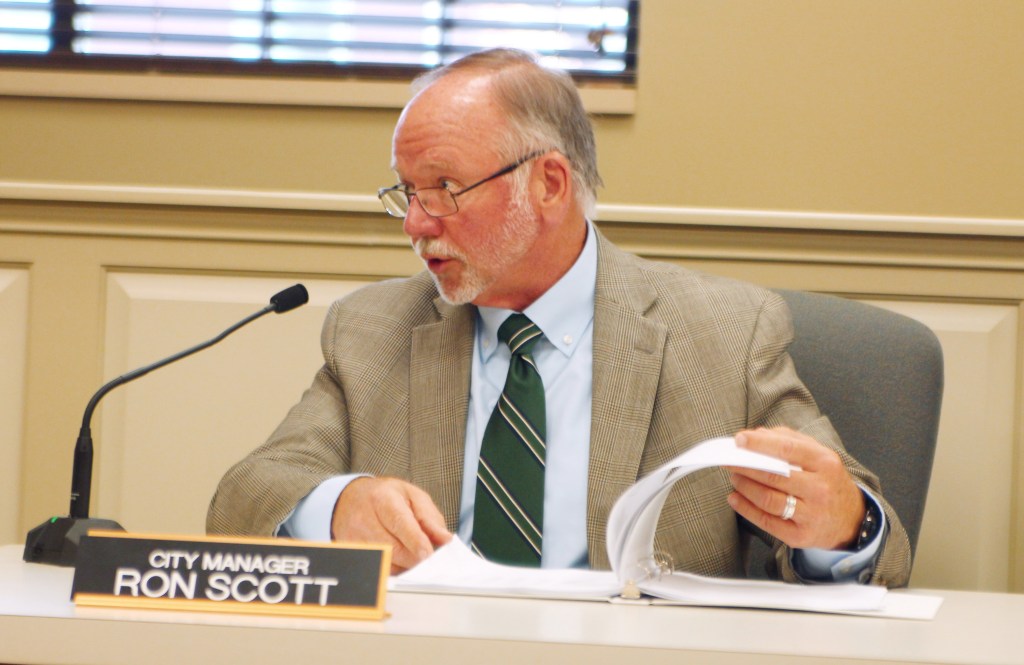 The anticipated new expenses in Danville’s proposed budget have gone up by $450,000, largely in anticipation of the city beginning to build a new downtown fire station and purchasing a new ladder truck for the fire department.

City Manager Ron Scott said there are now “more accurate figures” for the fire department capital costs following an engineering presentation to the city commission that demonstrated how badly a new downtown fire station is needed. The presentation from four consulting engineers with the Bravura Corporation led to consensus on the city commission that renovation was no longer an option and building a new station is necessary.

“That is one of the major differences” in the revised budget, Scott said as he presented it for one more review by the city commission before it is formally presented at Monday’s regular meeting. Votes to approve the next fiscal year’s budget won’t happen until June, according to a timeline provided by Scott.

The proposed budget anticipates $500,000 in cost each year for at least the next five fiscal years to go toward the cost of the station and truck.

Scott said the total price for the fire station could be more than $7 million, while the new fire truck is anticipated to cost $1.5 million.

“It’s kind of hard to contemplate a truck of that magnitude,” he said, noting that the truck and station are “essential” for the city to maintain its current insurance rating.

Danville CFO Michele Gosser said the city has about $1.4 million saved to cover initial costs. According to a memo from Scott, the city could issue approximately $7.5 million in bonds in 2018 to cover the rest of the cost.

The proposed budget had originally included $90,000 in additional funding for the Economic Development Partnership, in order to help that agency implement the recommendations of an economic development consultant.

Scott said that amount has now been reduced to $40,000 and turned into a “grant matching program.”

“I am recommending that we simply set aside a grant matching program … to be used on any of the recommendations of the EDP study if — on a matching basis — either public or private dollars come to do so,” Scott said. “… It’s at least an expression of interest that we believe we should step up to the gate and financially do so if others (will, too).”

In theory, the $40,000 would be provided if other local governments or private groups also provide at least $40,000 in new funding for the EDP, according to Scott.

“I think the city has more than proven that we are committed to the EDP and we can’t fund it alone,” Commissioner Denise Terry said. “… I actually said we could give them one third of the money and ask the county and Industrial Foundation to give the other thirds so everyone is equal.”

Scott said he is continuing to recommend that the city provide the $145,000 it provided to the EDP this year, and continue earmarking a chunk of that funding for marketing purposes only.

“Some people think that this commission up here dictates what happens over at the EDP, and it’s really that board; we’re helping fund that activity,” Commissioner Rick Serres said. “In that, I’m behind Commissioner Terry on us funding one-third of what they’re wanting to expand their staff because there should be some other partners in this.”

“I’ve heard some criticism about the idea in general and about some other things we should try,” Caudill said. “… I think the fact that we all got on board with RKG and this is what they recommended, that this is what we should do for now. … We need to see some results in X amount of time, certainly, but to just disregard everything he’s said in however long he’s been here would be a mistake. I’m willing to get on the road and see where it goes.”

Under the payroll tax increase, someone earning $35,000 a year would have an additional $175 per year withheld from their paycheck — about $3.36 per week.

The tax increases are projected to bring in around $1.9 million in the coming fiscal year — $1.6 million from payroll taxes and $300,000 from net profits taxes. However, the taxes couldn’t take effect immediately. Gosser said the city would only collect the new tax revenues for three-fourths of the budget year.

That larger revenue figure would be needed in future years, based on a five-year projection provided by Scott.

“I have identified for the next five fiscal years what … are our major new needs that the city commission needs to be mindful of,” he said. “These are by no means a comprehensive list of our future needs, but it’s reflective of our discussion back on Feb. 3 of this year in terms of recognizing some of the increased challenges the city faces in terms of doing anything new or improving services with our rather limited revenue that we have now and our rather limited prospect for increasing that revenue without doing some rate adjustment.”

Scott’s five-year projection lists continued expenses from the $1.9 million identified for the coming year, and introduces other expected large expenses down the road, such as funding for potential park improvements beginning in 2019-20 and funding to work on the city parking garage in 2021-22.

Included in the projections are $200,000 annually for further “streetscape” projects in the city; and a continuation of $95,000 annually to fund the demolition of blighted properties. Scott said it often costs around $15,000 to demolish a condemned building.

Commissioner Caudill noted that prior to another set of tax increases the city made two years ago, it had been many years since the city last raised taxes.

“This budget is giving me a hard time, just to be honest with you,” he said. “We raised (taxes) 10 or 12 years ago, that sort of shocked us, got us through some tough times and got us until a couple years ago, we raised them again. And now, it’s been two years and we’re asking for more. At what point do we start budgeting like we’re not going to have any more?”

“Sometimes you have to spend more to save more,” Scott responded.

The city is contracting with an energy company to get guaranteed energy savings on utility bills — that’s an up-front cost but it does save the city money long-term, he said.

Gosser said the five-year projection from Scott shows the current proposed increase would cover the city’s anticipated big expenses for the next five years.

“I think we had kind of hoped this (last increase) would last longer than two years, so I hope it does last five years,” Caudill said. “And I’m not criticizing the budget or anything, these are questions that I have and I’ve been asked, so I feel obligated to ask them.”

Later in the meeting, Commissioner Serres noted that it would take, by Gosser’s estimation, around 2,000 completely new jobs in the city to “offset” the revenue projected from the tax increases. That means if Danville had 2,000 more jobs than it does currently, the payroll taxes from those new jobs would generate roughly the same amount of revenue that the payroll tax increase is projected to bring in.

Serres said there could be too much focus on trying to bring industry to the area.

“I don’t know that we have our focus on the right ball,” he said. “We’re winning in tourism; we’re winning in our health care; we’re winning in some other areas. And we’re putting a lot of energy into industry — and so is the world. So hopefully the EDP board will take a focus differently.”

Commissioner Terry said 66 percent of people who work in Danville commute in from outside the city. Those people do not pay the city any property taxes, and the city also is not legally allowed to implement a restaurant tax, which could also tax a lot of people who don’t live in the city, she said.

Raising the payroll tax “is the only way we’re going to catch some of those taxes of the people who don’t live here,” she said.

“It’s the only thing that we catch the outside people in, because the insurance premium tax … is based on where you live,” Gosser said.

Terry said taxes on vehicles is also based on where the owners live. 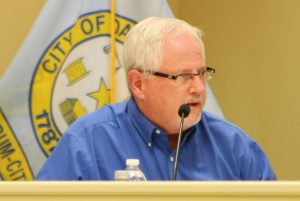