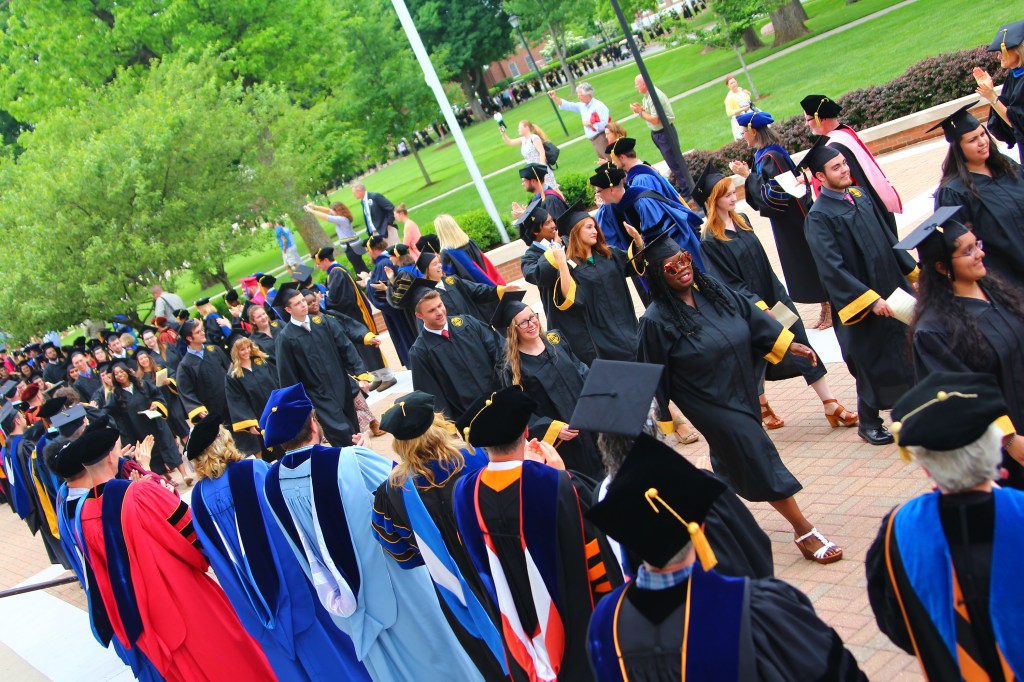 Centre College awarded 325 bachelor’s degrees and one honorary degree Sunday, at its annual commencement ceremony at the Norton Center for the Arts. 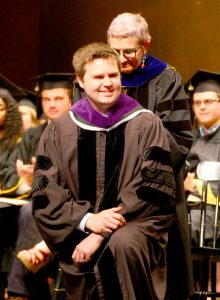 The graduation was headlined by James David Vance, the author of “Hillbilly Elegy: A Memoir of a Family and Culture in Crisis.” Vance’s book, which has spent 41 weeks on the New York Times’ bestseller list, has gathered enormous attention nationwide since it was published in 2016.

Vance “was born and raised in the steel town of Middletown, Ohio,” and “spent summers and many weekends in … Jackson, Kentucky, the place he considered home,” according to a biography provided by Centre. “His memoir describes a chaotic childhood. He credits his grandmother with providing the stability to his life that his parents could not.”

“Hillbilly Elegy” turned Vance nearly overnight into a “popular commentator on the struggles of the white working class, not just in Appalachia, but across the country,” according to the bio.

Vance began his speech to Centre’s graduating class by warning them he wasn’t going to give them the standard graduation advice to follow their dreams.

“I wish at my graduation — if I had any choice over it — that somebody would not say to ‘follow your passion,’” Vance said. “That they maybe would say to do something a bit more practical. And that’s what I’m going to talk about today.”

Vance encouraged students to find a vocation — “something that you like to do, that makes you happy most of the time and that you’re good at.” But even people who find a vocation still have days when they hate their jobs, he said.

Vance also discouraged students from making their careers all about professional achievement.

“Your work isn’t your entire life and if you devote your entire life to accumulating professional accolades, then you will be unhappy eventually,” he said. “… Sometimes, the very best thing is to follow the people that matter the most and not the most prestigious job.”

Vance told the graduates not to forget about their friends and family members who may not have important degrees or distinguished accomplishments, but who endured through difficult times.

“Every single one of you sitting here right now know that there are a lot of people in your lives who are a lot smarter and a lot more wise than those with fancy credentials,” Vance said. “Don’t forget that as you go through your career, because the temptation will be to do precisely that — to forget that there is wisdom in your friends and your family and the people who have lived hard lives but haven’t necessarily gone to a great college.”

Vance was given an honorary “Doctor of Laws” degree for attending as the commencement speaker. Centre awarded two other honorary degrees this school year — one to famous political columnist David Brooks, who spoke at Centre’s opening convocation in August; and one to local poet Frank X Walker in January.

After the 151 bachelor’s of arts and 174 bachelor’s of science degrees had been handed out, Centre Student President and 2017 graduate Sarah Morgan Hutchinson delivered a “response from the class.”

Hutchinson said making it through four years of college work at Centre had not been easy and students of all kinds faced struggles that transformed them. Those struggles were good for the students.

“At Centre, we have created a community and we have left our mark, although these accomplishments would not have been possible without adversity,” she said. “Centre is tough — we have struggled, and that is nothing to be ashamed of.”