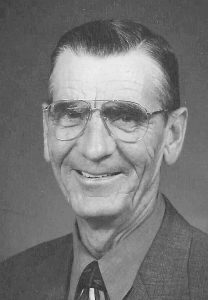 Before retiring, he was a self-employed farmer and backhoe operator. Melvin was a Deacon Emeritus at Perryville Baptist Church where he was a member 60+ years. He enjoyed working on machinery and motors, liked to reinvent items to suit his purpose and loved having his kids work with him on the farm. Melvin was known throughout the area for his generosity.

In addition to his parents, he was preceded in death by siblings Frances Milburn, Mattie Jane Russell, Ruby Wilkerson, Mickie Holtby and Edward Bottom.

The funeral service will be 1 p.m. Wednesday, May 24, 2017, at Walden Funeral Home, Perryville with Bro. Doug Davis and Dan McClelland officiating. Visitation will be 4 to 8 p.m. on Tuesday, May 23, at the funeral home.

In lieu of flowers, memorial contributions are requested to Heritage Hospice.