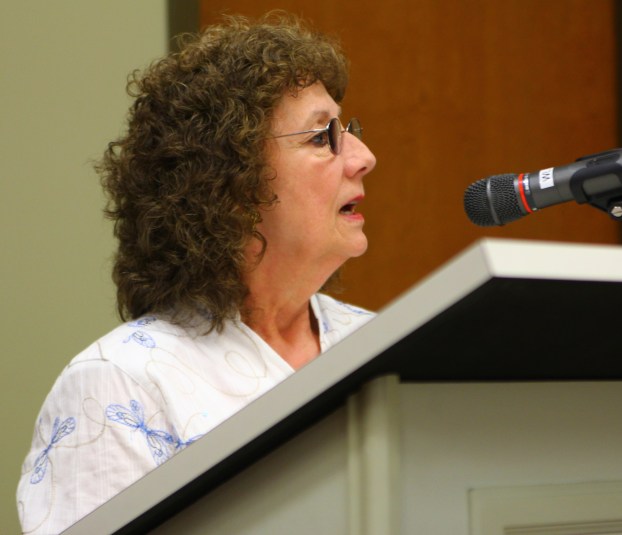 Danville’s proposed budget would give $5,000 to Grace Café

Grace Café is still slated to receive some funding from the City of Danville in the proposed 2017-18 budget presented Monday, but the amount has been further reduced from its original amount.

The proposed budget includes $5,000 for the pay-what-you-can, non-profit restaurant. That’s down from the $7,200 that was included in the preliminary budget proposal.

Grace is likely the most debated of the community agencies that apply to receive city funding. It applied to receive $20,000 from Danville last year, but was denied because the city said the restaurant could not provide adequate proof of how many people it was helping. It made a second appeal for funding in the amount of $7,000 the same year, but was again denied.

This year, Grace came back to the city asking for $20,000 again, and provided additional data and survey results that led city officials to conclude it now qualified to receive funds.

According to a formula based on commissioners’ rankings of community agencies, the initial suggested funding amount for the restaurant was $13,280.

But in a year where commissioners have been warning of tightening budgets and shrinking space for community funding, the preliminary proposed budget wound up with $7,200 listed for Grace Café.

Commissioners questioned that level of funding last week. Commissioner Rick Serres said it was concerning to him that a new agency was being added to the funding list when the city was trying to cut back.

The proposed budget presented Monday had the $5,000 allocation listed for Grace.

In addition, City Manager Ron Scott noted, two other organizations had been reduced to $5,000 in funding — New Hope Food Pantry and Boyle/Mercer Helping Hands. Funding for both of those organizations had also been questioned by commissioners last week.

New Hope Food Pantry received $8,000 from Danville this year and requested the same amount for the coming year. It had been slated to receive $7,200 in the preliminary budget but was reduced to $5,000 in the proposed budget.

Scott said the 21 agencies budgeted to receive funding fall into three categories — arts, wellness and “community services generally.” Grace, New Hope and Helping Hands fall into the third category and are recommended for funding because they provide services to the poor, he said.

At the same meeting, city commissioners heard from three members of the public who supported the city providing funding for Grace Café.

Jane Brantley said she volunteers at Grace Café regularly and “I have seen some of the wonderful work that this entity in our community does.”

The restaurant is the only one of its kind in Kentucky and has generated a lot of good attention for Danville. Gov. Matt Bevin has visited and volunteered to serve meals at the café, she said.

“We’re getting out the word about positive things in Danville and helping a lot of folks along the way,” she said.

Joni Lukins said pay-what-you-can restaurants like Grace Café have “a proven track record of reducing food insecurity in their communities.”

“We’ve tried food banks and soup kitchens for over 60 years in this country and the percentage of hungry people has done nothing but rise,” Lukins said. “We have been applying a crisis solution — that’s handing out food — to a chronic problem. This is a new way — I think a better way. It’s not handing things out, it’s inviting people in to your community.”

Jack Cavanaugh said Boyle County has a large portion of its residents who live in poverty — something that Grace Café helps address.

“They are offering a healthy alternative to the food banks. What do you get in the food banks? You get the leftovers, you get the stuff that’s about to go out of date, you get starches and sugars,” he said. “We have a problem with obesity in this country. Everything that’s sold at Grace Café is locally sourced, it’s healthy.”

“There’s a definite need to get some extra funding to keep what I think is a very valuable and unique resource here in Danville. … I know you went from $13,000 to $7,000, but I would ask you to hold the line at that.” 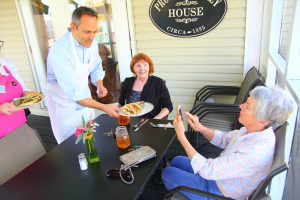 File photo
Kentucky Gov. Matt Bevin serves a meal to a diner while volunteering at Grace Café in October 2016.

The sound of children laughing and yelling is common on a playground; what isn’t common on most playgrounds is the sight... read more