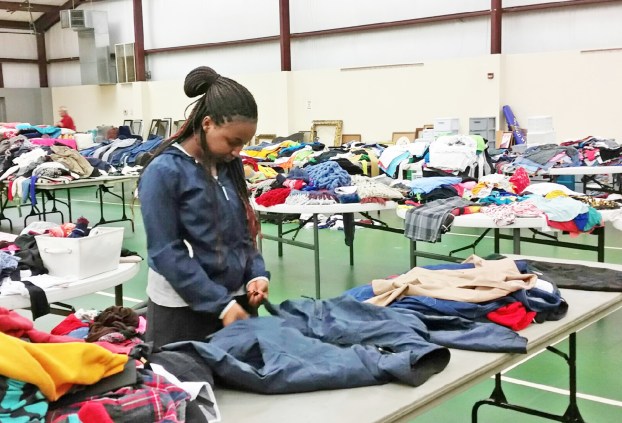 For the 15th year, the Hope Springs Yard Sale will be held at Centre College to raise money for those battling multiple sclerosis and other community needs.

The sale will be held tomorrow from 7 a.m. to 3 p.m. at the Chowan Multipurpose Building, featuring items donated by Centre College students and staff after the end of the school year — items that might otherwise have been thrown out.

“Ann (Young) and I wanted to do it from a conservation standpoint,” said Patsy Trollinger of her fellow organizer.

Trollinger said the pair realized they could also make money through the sale and wanted to use that to help others.

“It works on many fronts — it gets things recycled and reused, at the same time raising money for a good cause.”

The cause they chose was a personal one for Trollinger.

“One of my closest friends here was in the early stages of MS — she has the kind that’s chronic progressive. She is beloved by many people,” Trollinger said.

Multiple sclerosis is a disease that impacts the central nervous system, disrupting the flow of information within the brain, between the brain and the body, according to the National Multiple Sclerosis Society.

Trollinger explained that there are things insurance often won’t pay for because the disease is incurable.

“There are limits — every five years, it will pay for a new wheelchair. But no wheelchair repairs,” she said.

Ramp construction, shower chairs and bathroom chairs are not covered, she said. So, that was the first place they wanted to spend money — to help fill in the gaps for those with MS in Boyle and neighboring counties.

“We decided our mission was — once we raised money, we would not keep any of it, we would give it all away,” Trollinger said.

Applicants can apply for a grant from the funds raised. The idea is to help them stay in their own homes. They have to submit a letter from a doctor, proving they MS, and what they plan to do with the money, Trollinger said. Generally, she said, the grant amounts range from $500 to $1,000. 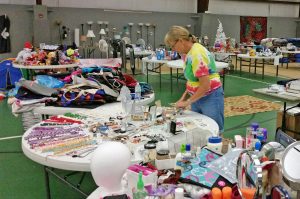 Kendra Peek/kendra.peek@amnews.com
Anna Oster finishes organizing the jewelry table, before moving on to the makeup table in preparation for the Hope Springs Yard Sale on Friday.

Not all of the money has gone to help those with MS, Trollinger said, but it has gone to help people. In recent years, as medical advances have helped those with the disease resulting in less requests, she said they have begun using the money to help other organizations in the community, such as the Danville-Boyle County Humane Society, Soups On Us, and more.

The volunteers are a combination of people from the Danville Presbyterian Church, the Danville Centenary United Methodist Church and Centre College.

Centre student Laura Mbogo said she first came to help because she was looking for something to do during the summer, while she remains on campus. But it’s been fun going through and sorting things, so she’s continued coming back.

Anna Oster, longtime shopper, first-time volunteer, said she started helping because the money goes to a good cause.

“I didn’t realize what a massive undertaking it is,” she said.

And it is a huge ordeal, Trollinger said. They have a slew of volunteers to carry, sort, pick up, hang up, and more. The Sunday following graduation, she said, they have about 35 volunteers and seven trucks at the ready to pick up things the students leave behind as they move out that night. One of their other big volunteer groups is Boy Scout Troop 27, based out of Centenary United Methodist Church.

“They are marvelous people,” she said.

The guys help carry stuff out, and then return after the yard sale, taking the items that don’t sell to place in their own space during the 127 Yard Sale. Trollinger called it a “wonderful relationship.”

While it’s too late to volunteer this year, she said they welcome volunteers for next year. The one perk for volunteers is that they get to shop early. Sometimes they get a pizza lunch. No one gets paid.

Money raised from the event is kept in a fund at the Danville Presbyterian Church, she said. Costs for the sale are kept below $100 annually.

Over the years, Trollinger said, some “hilarious weird stuff” has come through the yard sale, and she and Young work to find the strangest items every year.

This year, it included hot dog costumes and bowling balls, and a weirdly high number of bean bag chairs and aquariums.

There are hot ticket items too: dorm-sized refrigerators, microwaves, a couch, bookshelves, even rugs.

“The refrigerators and microwaves grown people fight over,” Trollinger said.

There are kitchen items — knives are kept by the front desk; there are clothes and shoes; there’s even cleaning supplies. Very few items are thrown away, she said, but some are given away for free.

There are rules to the shopping experience, too: cash is preferred, checks accepted, and no cards; no children under 14 are to be alone; items can be put on hold for 20 minutes; and there’s a maximum of 30 items, although people are welcome to come back for more.

“We are getting more pragmatic,” she said.

So far, volunteers have sorted out 200 pounds of food to be donated to the Salvation Army, as well as pulling out 60 pounds of used paper to be recycled. Trollinger said they plan to weigh things as they go out this year, so they have a better idea of the amount of items leaving the sale.

The Hope Springs Yard Sale will be 7 a.m. to 3 p.m. Friday at the Chowan Multipurpose Building, located at 820 West Perryville Street in Danville.

Parking is available near the building and across Harding Street. 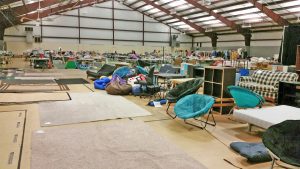 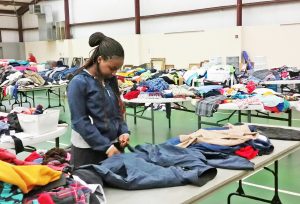 Some Boyle County magistrates and Planning and Zoning officials went another round Tuesday in a boxing match over the hiring... read more