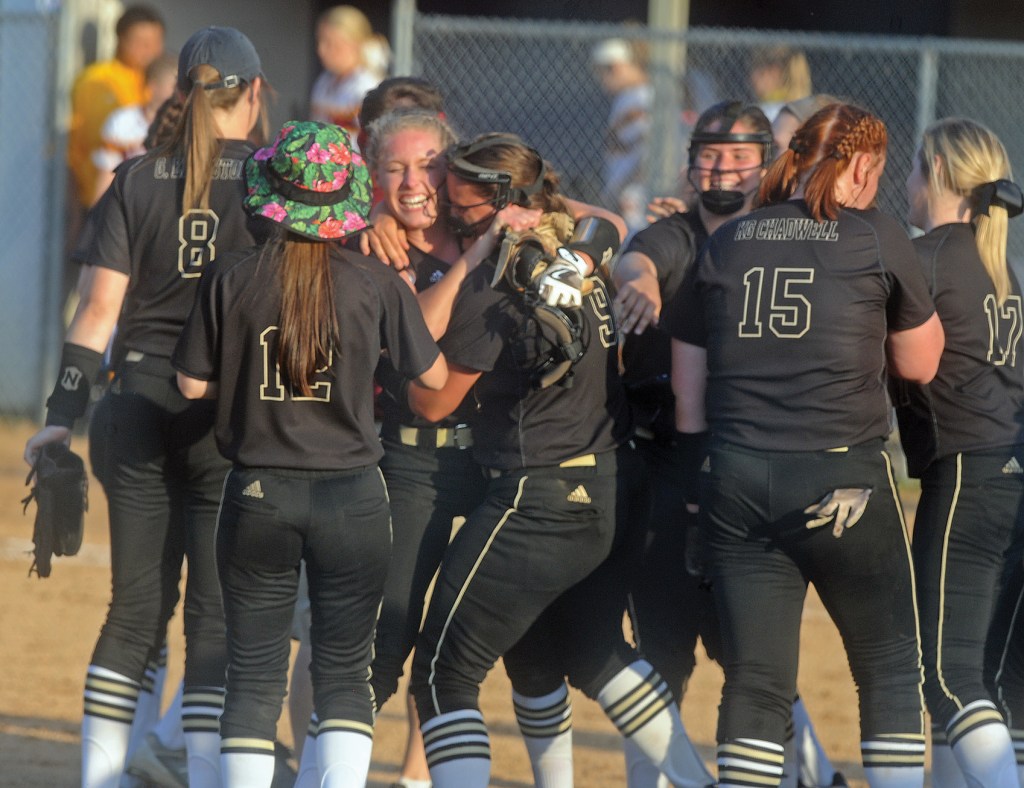 The Rebels swept through the 45th District tournament in Lincoln County to take their sixth-straight championship, beating Garrard County 7-3.

Boyle scored six runs in the sixth inning to come back from 2-1 down to beat the Golden Lions. Katy Grace Chadwell pitched a complete game, giving up six hits and three runs while striking out two.

“I knew it was going to be a dogfight,” Boyle coach Brian Deem said. “They’re a great team, they’re well coached, Todd (Montgomery) does a great job with them. Kelsey (Perkins) kept us off-balance last time we played them. We were just telling them to stay focused, find pitches you can drive instead of forcing the issue like we did that first game.”

Garrard won the regular season matchup 7-4, but it was the Rebels who put up the runs this time around.

“That one inning killed us,” Montgomery said. “We just didn’t make the plays defensively. You have to give them credit, they put pressure on us by making contact with the ball. We just didn’t field it. That cost us, it cost us dearly.”

Aside from the sixth, Perkins worked her way through the Boyle lineup with relative ease: She allowed just five baserunners in the other six innings.

“She did well,” Montgomery said. “We missed a couple spots in the sixth inning, a couple pitches she’d like to have back, but she battled out there. But like I said, if we make the plays behind her, it might be a different game. When you’re down five runs, you’ve just got to get up there and swing, you can’t manufacture runs like we did with our first two. That cost us. We just had a little lapse mentally, lost focus. But you have to give credit to Boyle County, they put the bat on the ball.”

The Rebels put the ball in the gap for a majority of their hits, something that Deem loved to see.

“I always tell our kids that home runs are, 90 percent of the time, you mishit and have the power to drive it out, or you just absolutely squared it up perfectly,” Deem said. “I want balls in the gap. That’s a higher percentage shot, and they did a good job of that tonight.”

Back-to-back hits from Channing Whitehouse and Gracie Edmiston resulted in a run in the first inning for Boyle. That’s all Chadwell needed early, retiring 11 of the first 12 batters she faced.

“I was pleased with her,” Deem said. “I could tell that they were expecting her to throw more offspeed than she did. KG and Jessica (Speake) and McKinley (Rush) have all been working. They gameplanned, I have all the faith in the world in my pitching and Jessica as my pitching coach. I told her, ‘you need to devise a gameplan that is going to keep them off balance.’ And she did that. She had them off balance.”

But Garrard scored two runs with two outs in the bottom of the fourth inning, fueled by the middle of the order: Kelsey Perkins, Olivia Saylor and Kelsi Moss each had a hit, with Saylor and Moss each driving in a run to put the Golden Lions up 2-1.

Aside from the fourth inning, Garrard’s offense struggled to reach base. Chadwell allowed two baserunners in the final three innings to close the door on the Golden Lions.

“One through nine, we all hit the ball,” Montgomery said. “Tonight, the bottom did it for us. Monday night, the top did it. We’ve got to get it all going together and then we’ll be fine. We’re lucky that we get to play again Monday.”

Deem said he’d still like to see his team back up his pitcher.

“Those two hits they had early, they were well-hit balls but, in my opinion, we’ve got to make plays,” he said. “I was really impressed with KG and what she did.”

Deem was most impressed by his No. 2 hitter, Whitehouse. She finished the 45th District tournament 7-for-9 from the plate, scoring five runs and driving in six more. She had three doubles and a triple.

“Channing Whitehouse, she’s absolutely tearing it up,” Deem said. “That first inning, she gets a double, we find a way to get her in. I’m really pleased with what Channing is doing.”

Pinch-hitter Channing Baker came up clutch for the Rebels with two outs in the sixth inning: She blooped a single down the third base line to drive in two more runs, extending the Rebels’ lead to 7-2.

“We have a lot of slappers and we’ve got to have some pinch hitters willing to come in when we’ve got runners on base and we don’t need a slapper up,” Deem said. “Channing is my No. 1 girl and I’ve told her that, and she came up and delivered. Big hit down the line to score two, and that makes a big difference going into the seventh inning.”

Deem said his team brought eighth-graders to the game as well. That experience is special, and with a district tournament win, hosting region will be another great experience, he said.

“Any time you get to host the region, it’s special,” Deem said. “We told the kids, don’t be satisfied with this. We have an opportunity at our place, our comforts to be able to compete for the region title and go to the state tournament. Being able to have it at our place is a big plus.”