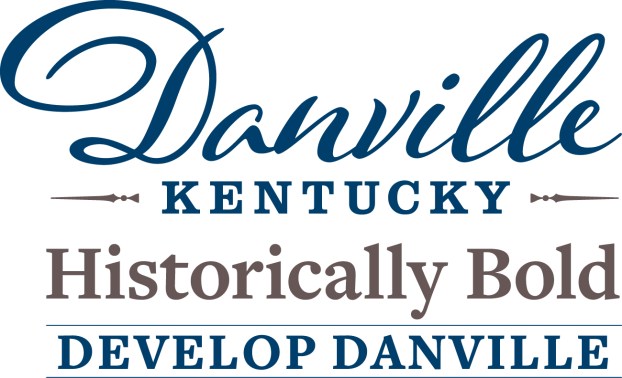 What’s something no one likes about the Danville-Boyle County Economic Development Partnership? Apparently its name.

“It’s a mouthful — the ‘Danville-Boyle County Economic Development Partnership.’ It’s really cumbersome,” said Jennifer Kirchner, spokeswoman for the EDP and director of the Convention and Visitors Bureau. “For practical purposes, we were just dying to get rid of it. Who in their right mind is going to search ‘Danville-Boyle County Economic Development Partnership?’”

And so, the EDP Board of Directors voted unanimously Wednesday to begin using a new alias — “Develop Danville” — as their organization’s name.

“Legally, our name is what’s registered with the secretary of state — that will remain the same,” attorney Mark Morgan explained during Wednesday’s meeting. “But when we refer to ourselves in public forums, hopefully among ourselves, we will evolve into ‘Develop Danville’ in the future.”

The name “Develop Danville” was created as part of the CVB’s recent rebranding project, which resulted in the new tagline “Historically Bold” — a replacement for the old “It’s better here.”

The renaming will stay in place if the EDP decides to follow recommendations from economic development consultant Kyle Talente to restructure the organization, Kirchner said.

Talente has recommended removing the CVB, Heart of Danville, Perryville Main Street and the Chamber of Commerce from the EDP and refocusing the agency on “core” economic development activities such as business retention, expansion and attraction.

“I think EDP just needs to have a bit of an image change, too,” she said. “It’s new — it’s out with the old and in with the new, so the new name will help push that effort, too.”

“This was a place-branding project. It doesn’t mean that Perryville is not important or Boyle County is not important. It’s just Google says ‘Danville’ as a name matters,” she explained. “There’s just certain technical criteria to have better marketing with search engine optimization. You want to go with what the recommended (terms) are — and that’s Danville. That’s not to be politicized, it’s just what it is.”

The rebranding project, which was led by consultant Steve Chandler, developed new logos for Danville and Perryville, along with individualized logos for the CVB, the Heart of Danville, the Chamber of Commerce and the EDP.

Kirchner said her organization, the “Danville-Boyle County Convention and Visitors Bureau,” will similarly go by much simplified terms — its documents will often simply call the organization “Tourism.” The CVB will also continue to use the name “Destination Danville.”

“When you have such a short amount of time to convey what it is you want to say, being concise is important,” Kirchner said. “Digital controls so much of what we need to do to be effective, so we really tried to simplify and be to-the-point.”

The future is theirs: KSD graduates 12 on Thursday