Weisiger on ice? Proposal would put skating rink in downtown Danville this winter 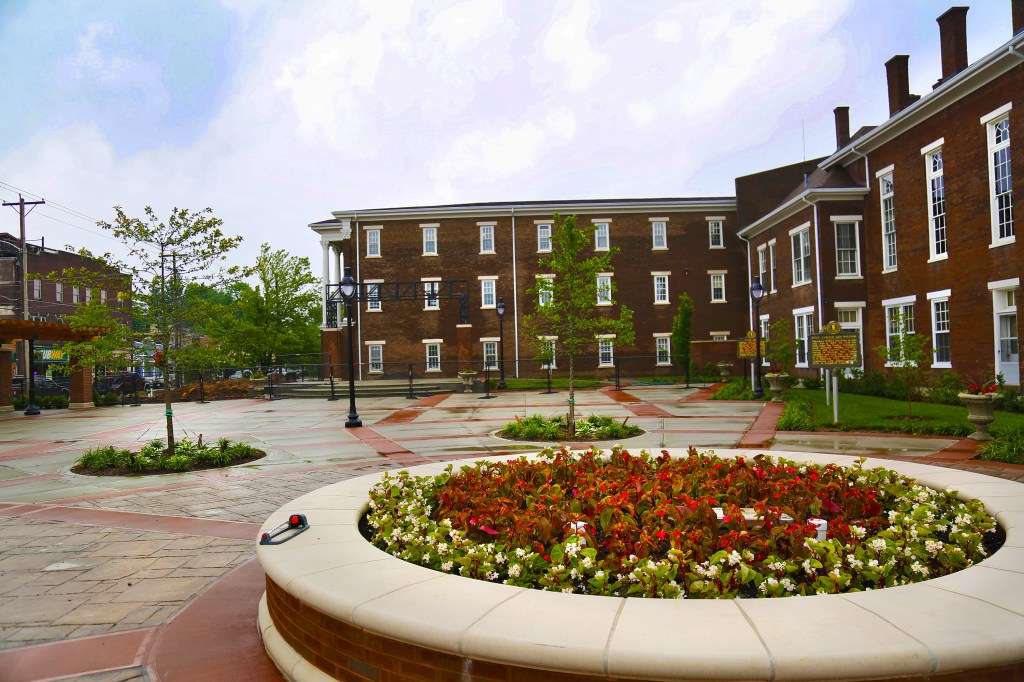 Ben Kleppinger/ben.kleppinger@amnews.com Weisiger Park in downtown Danville, at the corner of Fourth and Main streets, could become the location of an ice skating rink this December, if a plan from the Heart of Danville pans out.

Danville could get a downtown ice skating rink for the month of December this year.

The Heart of Danville Board of Directors voted Thursday to support a nearly $23,000 plan to operate a 20-by-40-foot ice skating rink in Weisiger Park.

“I think there’s a lot of excitement around the table. You can tell people are excited,” Heart Director Nick Wade said. “The Holiday Committee is really excited; I got an email from Kate (Snyder, with the Community Arts Center) because she couldn’t be here that says ‘skating rink or bust.’”

Wade said he has received a quote of $22,832.92 from the company Artificial Ice Events to install and operate the ice rink during the month of December. The Heart would receive proceeds from admission charges that could cover the cost and create a return on investment for the non-profit Main Street organization.

With a $5 per person admission with maximum traffic every day, the Heart would net $8,600. With $10 admission, it could net $40,000 Wade said. Or, if admission was $5 on weekdays and $10 on weekends, the potential profits would be around $23,000, according to a proposal document provided by Wade.

“So it could be a pretty substantial fundraiser for us, especially since we have cut (the Kentucky State BBQ Festival) from our income,” Wade said. “It could be a really nice fundraiser and a nice community event for downtown as well.”

Wade said he also has “some feelers out” with possible sponsors that could contribute some financial support to cover the cost.

The plan is not a sure thing yet — the Heart still needs to work more with the City of Danville to make sure the plan is feasible, Wade said.

“I have had an initial conversation with Ron (Scott, city manager) at the city and he has tentatively agreed,” Wade told the board. “There are some final things — we want to make sure it’s not going to damage the concrete at the park with the installation — but he is excited about it.”

Scott said Thursday afternoon that he is “receptive to the idea” as Wade presented it to him.

There are three potential issues that will have to be addressed before it could happen, Scott said: the city must review specifications for the ice rink and make sure it can be assembled without damaging the newly renovated Weisiger Park concrete; the city would have to review any potential costs and liability it could face; and there are “policy issues involved with using a public facility to generate profits for a non-profit.”

“That may be a policy discussion that our city commission will need to be involved in,” Scott said.

If the issues can be addressed, Scott said, “I think it’s a creative idea. It should provide a lot of excitement and enthusiasm for folks downtown.”

Wade’s proposal would have the rink open six days a week, Tuesday-Sunday, from Dec. 1 to Dec. 31. Weekday hours would be limited to evenings in the first half of December, and the rink would open at noon on weekdays in the second half of the month.

Wade said there’s also the potential to close the rink two days a week and make it possible for businesses to rent the rink for Christmas parties or other special arrangements.

“We could potentially partner with downtown restaurants if they want to do something special with parties,” Wade said.

The Community Arts Center, across North Fourth Street from Weisiger Park, would potentially be available as a supplemental indoor space to any events using the rink, Wade said.

The ice in the rink would be “artificial,” but “it skates just like real ice — you can’t really tell the difference,” he said.

Wade said the project would be “one of the largest commitments that we (Heart of Danville) would have made almost in our history.”

Heart board member Megan Noltemeyer said, “My only question remains — how do we make sure the city is on board? That to me is pivotal.”

Wade said he wanted to get a commitment from the Heart’s board that it was supportive of the idea before he pursued details further with the city.

“If you all OK the expenses today, then I can continue those conversations,” he said. “… Ron likes it. They put a lot of money in the park and they want people to come down and use it. And it doesn’t really get used in December.”

The Heart board voted unanimously in favor of the proposal. 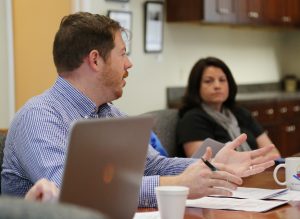