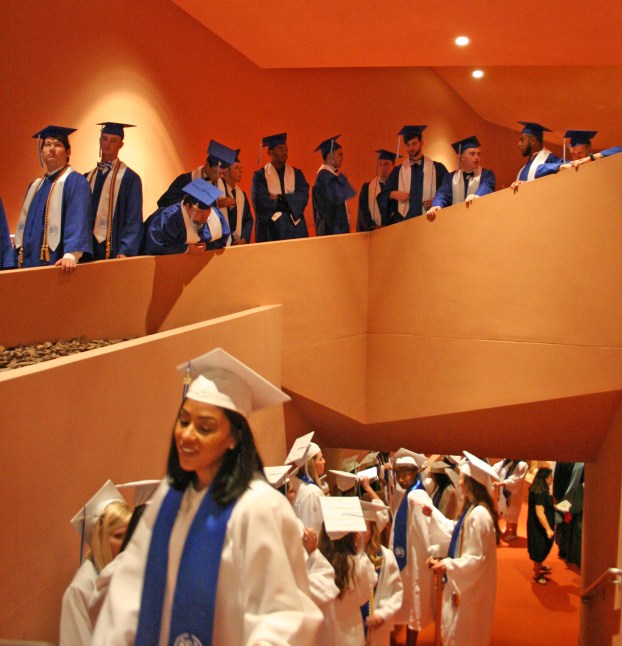 Kendra Peek/kendra.peek@amnews.com Students line up waiting outside the Danville High School graduation, held at the Norton's Center for the Arts on Thursday.

‘We are diverse and we are strong’

The 119 students graduating from Danville High School looked forward to the future on Thursday night as they all walked across the stage to take their diplomas.

“I look forward to no longer calling you students, but instead refer to you as boss, teacher, mayor, nurse, neighbor, colleague and friend,” said Superintendent Keith Look, before he introduced the class speakers, Abigail Anderson, McCallum Morley and Celeste Fieberg.

“Just because these moments aren’t inspiring or earth-shattering doesn’t mean they aren’t important. They have brought all of us closer together and I couldn’t be more thankful for sharing the past 10 years with you all,” Anderson said. “We will always be able to say our roots are here.”

She was followed by McCallum Morley, student council president, who started his speech by taking a selfie with the class of 2017. He focused on being thankful to everyone from the cafeteria workers and janitors, to the teachers and parents, to his classmates.

“It’s the people in our lives who have been part of our high school journey who have made it so incredible,” Morley said.

He also thanked those who spoke at the students’ baccalaureate service the week before and the impact they had on the students.

Morley told students to carry the “spirit of Danville” with them wherever they went.

The student speeches were rounded out by Celeste Fieberg, who encouraged her classmates to find their place in the world.

“It’s so exciting for me to imagine where we will all be in a few years.”

She named some of the locations students will be going, from entering the workforce to leaving the country to further their education.

“Whatever we become — doctors, lawyers, nurses, teachers, engineers, artists, actors, pharmacists — we can all work together to make this world a better place. This world needs all of us,” Fieberg said, naming some of the students and things that make them special.

“It needs every one of us because our different strengths make the world go ‘round. Class of 2017, we are diverse and we are strong.”

Board Chair Paige Matthews challenged the students before conferring their diplomas with Look.

“As you move forward, take chances, and show your creativity,” she said. 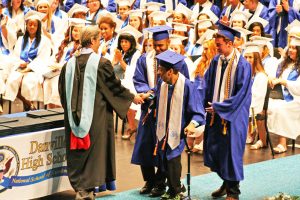 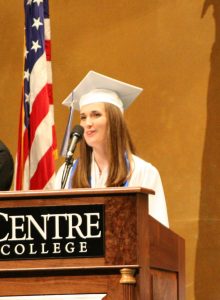 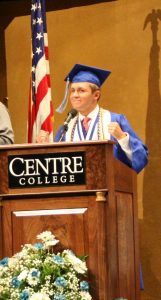 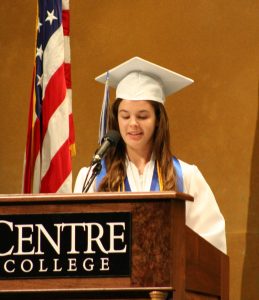 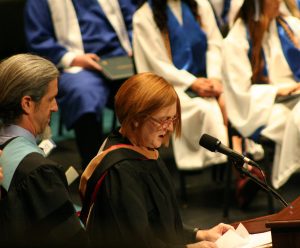 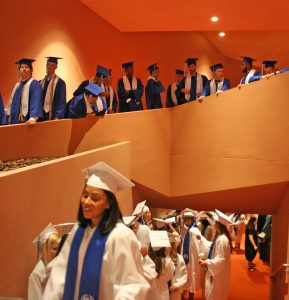 Kendra Peek/kendra.peek@amnews.com
Students line up waiting outside the Danville High School graduation, held at the Norton’s Center for the Arts on Thursday.

The Kentucky State Police is searching for a Richmond man who walked away from the Northpoint Training Center on Ky.... read more