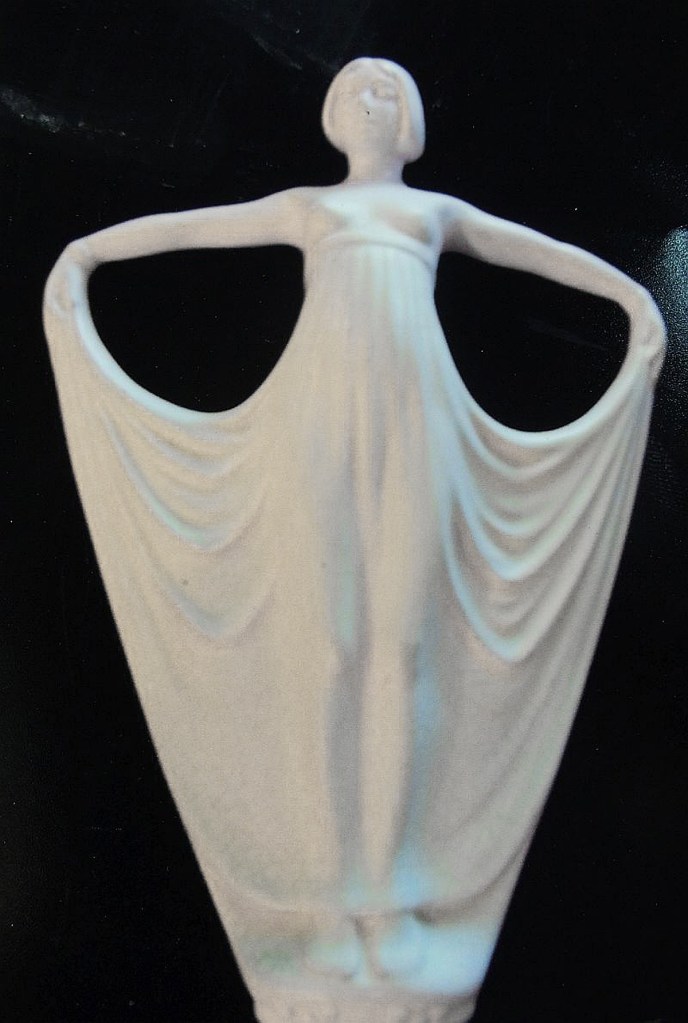 Question: Jerry, I just love my Art Nouveau wall pocket. It’s marked Weller on the back. It’s in excellent condition with no chips or damage. I’ve had it for years. What would be its value? It’s funny that I still have it. We had a fire in our bathroom where this would have been hanging. As fate would have it, it was still safely packed away and survived unscathed. Thanks for your time. 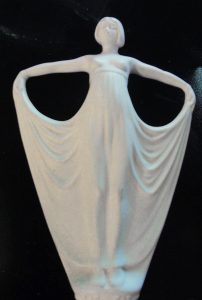 Answer: What a cool piece. Wall pockets are just wall mounted vases. Indeed this piece is Weller. Weller was a fine and very prolific American pottery company. It was founded in Fultonham, Ohio, by Samuel A. Weller in 1872.

Originally the pottery was mixing bowls, flower pots and other utilitarian wares. By 1905 it was the largest pottery in America. Great strides from one “workshop” cabin and a single bee hive kiln. It produced fine art pottery until 1920 when it switched to a commercial machine made and seven decorated line, that it produced until the company closed in 1948.

The mark that is on the piece is called the black ink Weller “Jug” Mark and its dates to the 1920s. You know I would have said Art Nouveau too in describing this piece. However, every Weller book and reference that I found called it Art Deco and I guess that the lady’s bobbed hair and obviously its 1920s date would testify to that. I guess flappers could wear long skirts too.

The name of this piece is Lavonia. It came in a variety of colors, soft blue and green and several blended effects. This classic ivory is not one of the really coveted colors. I have to tell you now that a lot of the art pottery market has softened in the past five to eight years. In good condition, your ivory Lavonia wall pocket would have a retail price of about $85 on it. Thanks for sharing it.