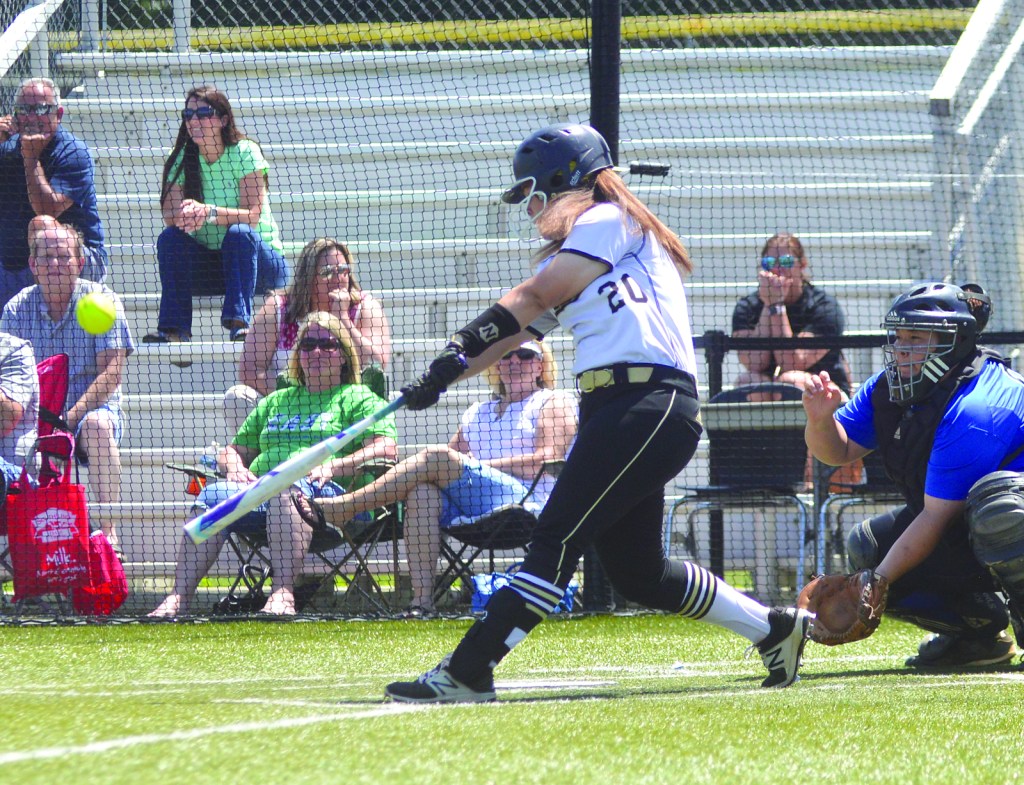 There isn’t a space for style points on the scoreboard, only runs, hits and errors.

So while Boyle County didn’t look it’s absolute prettiest doing it, the Rebels still ended East Jessamine’s dominance of the 12th Region with a 6-0 win in the opening round of the tournament Monday at Rebel Stadium.

“Sometimes you’ve got to win a game when you don’t play your best, and we didn’t play our best today,” Boyle coach Brian Deem said. “… We’re in good shape. I just don’t think we had the focus we did last week. We need to check that, we need to recognize that.

“I don’t care if it’s six or one, we just need to be the one with the most runs at the end of the game”

The Rebels moved on to face Pulaski County in today’s first semifinal at 6 p.m. The Maroons beat Southwestern 9-4 in Monday’s second game.

Boyle’s biggest flaw during Monday’s game was missed opportunities on offense, leaving eight runners stranded on base. The Rebels left the bases loaded with a 5-0 lead and one out in the fifth inning.

“We weren’t very disciplined at the plate,” Deem said. “We talked to them about not chasing balls out of the zone, we didn’t do a good job of that.”

Still, they collected 12 hits — including four extra base hits — and three stolen bases.

The top of the lineup did the most damage, with Mattie Robbins, Channing Whitehouse, Gracie Edmiston and Keely Bowling going 9-for-14 (.643) with four runs and five RBI.

Bowling got the scoring started early, blasting a double off the wall to score Edmiston in the first inning.

In the third, Whitehouse plated Izzy Gervacio with a sacrifice hit and Edmiston brought home Robbins with a single.

Boyle had a chance to blow the lid off the game in the fifth. Whitehouse led off with a triple to right field, scoring on Edmiston’s single. Bowling doubled, sending Edmiston to third, and Danielle Roney walked, but two more outs left all of them stranded.

The Rebels once again had the bases packed in the sixth on singles by Robbins and Whitehouse and a fielder’s choice by Edmiston. Bowling’s sacrifice scored Robbins, but that’s all they could manage.

“We systematically manufactured runs in each inning,” Deem said. “That wears on a team.”

Meanwhile, the Jaguars had only two hits and one walk. Katy Grace Chadwell got the win, throwing the first five innings and allowing both hits and the walk with eight strikeouts. McKinley Rush threw the final two innings, not allowing a base runner while striking out a batter.

“I didn’t think (Chadwell) had the pop today, I don’t know if it was focus or fatigue, but we were able to come in with McKinley,” Deem said. “She did a great job, shut them down in the sixth and the seventh. That’s the luxury of having three pitchers.”

The Jaguars finished a streak of three straight region titles, but this wasn’t a typical East team; Hamm started three seventh graders and two eighth graders. Already, the focus wasn’t on this year but the next few.

“We’re a very talented team, but they’re very young,” Hamm said. “The hitting is up and down, as it always is at that age. … I expect them in the next year or two to be right where we were.”

This will be the first meeting with Pulaski (23-11) this year for Boyle (25-13). Deem is confident he’ll see an improved Boyle team with Monday out of the way and higher stakes riding on the outcome.

“We’re going to have to be much more disciplined at the plate to be successful,” Deem said. “But I’m going to trust my kids to be ready for it. We’re going to come out here at six and see what happens.”