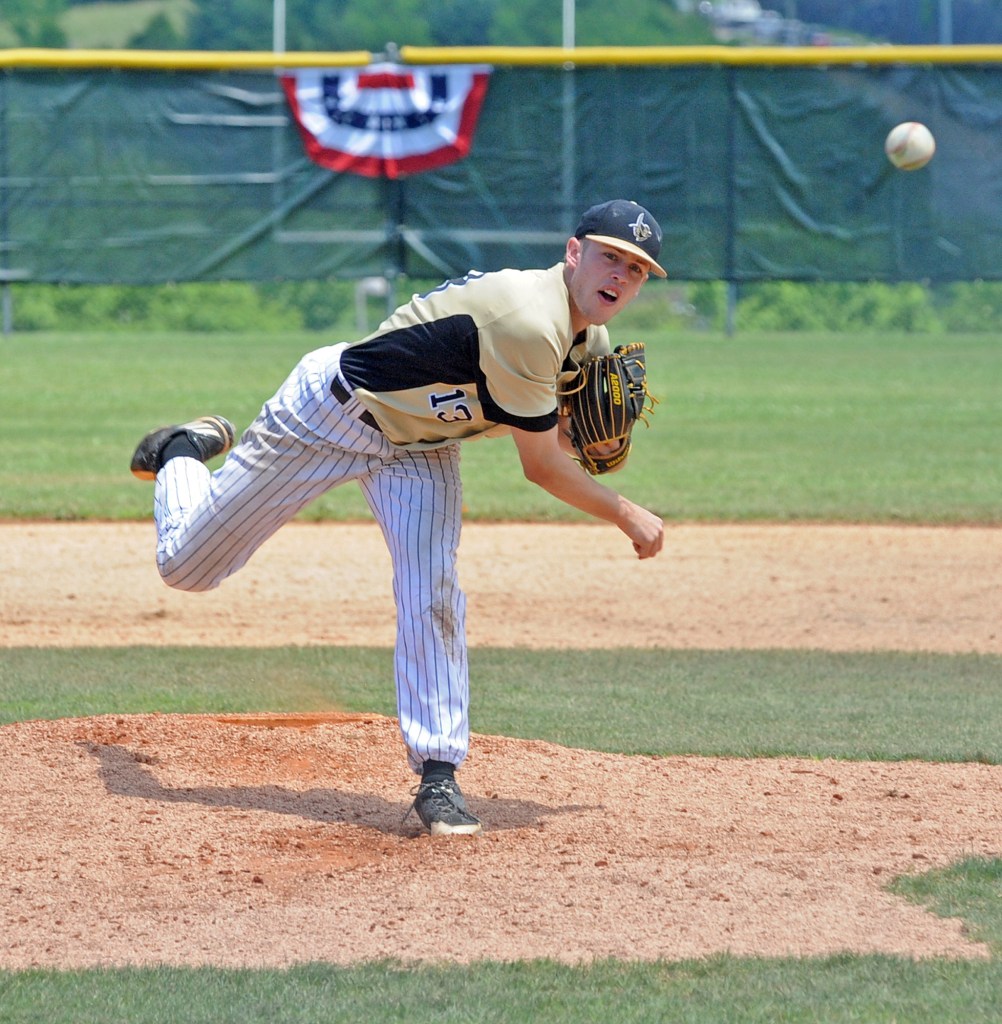 Both teams weren’t as sharp in the field as normal: Each finished with three errors, and both pitchers gave up at least two unearned runs.

But it was the Rebels who came out on top behind a winning performance from ace Sam Tiller, who pitched a complete game while striking out four.

“A couple times, we had made some (errors) where we might’ve folded a little bit,” Boyle coach Kyle Wynn said. “But I could just see from the start, all day it seemed like we’d make mistakes, somebody would come up and picked up his teammate. Same thing at the plate, some guy might’ve struck out, and the next guy up would get a big hit for us. It was a team effort, guys picking up their teammates, which was awesome for us.”

All five of Mercer’s runs came with two outs. In the first inning, the heart of the Titans’ order strung together three-straight hits, capped by an RBI double from Joseph Stoeckinger.

The Rebels responded in the second inning, when Tristen Helton scored on a hit from Tevin Leigh.

Mercer ace Mason Hazelwood allowed at least two baserunners in the first four innings. The Rebels added two runs in the third inning when Karson Thompson led off a four-hit inning with a single for Boyle.

Two more runs crossed the plate for Boyle in the fourth inning. Drew Baker and Thompson each reached base on Titan errors and each scored. Hunter Mason drove in his second run of the game to put Boyle up 6-1.

“They capitalized on some of our errors, and good teams do that,” Mercer coach Adam Shartzer said. “Boyle County is a great opponent. We knew that they’d be a different team than what we saw earlier in the year. They’re fresh, they threw their No. 1 who pitched a great game. They did everything well, pitching, defense, offense. Hats off to them.”

Tiller rolled after the first inning and his defense backed him up: Two runners reached base in the next three innings, but one was caught stealing and the other was a casualty in a double play.

“He’s got 11 wins now, he’s got to be up there in the state,” Wynn said of Tiller. “I think he’s tied for second, could be leading right now. We’re glad to have him on our team. He gutted it out there for us, he wasn’t going to come out of that game.”

Tiller gave up a two-run home run to Tanner Robins in the top of the fifth inning. In the sixth, Stoeckinger was hit by a pitch ad scored on a hit from Trevor Allen to bring the Titans to within two runs.

Hazelwood shut down Boyle bats in the fifth and sixth inning, striking out four of the six batters he faced.

“(Hazelwood) threw a lot of pitches,” Wynn said. “We tried to get him out of the game, but hats off to him for battling and staying in there. What we didn’t do, we didn’t help him out. We swung at, for the most part, good pitches. We worked deep in counts, got his pitch count up a little bit. Then when we got in advantage counts, the ball came in there and we took advantage of it.”

In the seventh inning, Robins scored after walking and stealing a base. Hazelwood brought him home for the final run of the game.

Those seniors — Mercer has six in total — left it all on the field, Shartzer said.

“They’ve left it all out here for as long as they’ve been in this program,” he said. “I told them after the game, this group of seniors have definitely left their mark on the program and the things that they’ve done will be remembered for years to come.

“You couldn’t ask for a better group of guys. I wouldn’t trade any of them for the world. I love every single one of them. They’re all going to be successful, in baseball or anything else. We’re probably one of the closest teams in the state, being a county school, spending so much time together, they really love and care about each other.”

Because Tiller completed the game, the Rebels will have an arsenal of pitchers available for today’s game against Rockcastle County. Wynn said he and his coaching staff will have to evaluate the best option to start against the 47th District champion.

“We’ll have to decide, we’re not 100 percent sure,” Wynn said. “We’ll have to see who wins, what goes on and see who gives us the best chance to win. But with Sam doing that again, we’re set up well. We’ve got Helton, Karson Thompson, Drew Baker in relief. Cameron Walker and Kaden Gervacio have experience. We’ve got plenty of arms right now.”