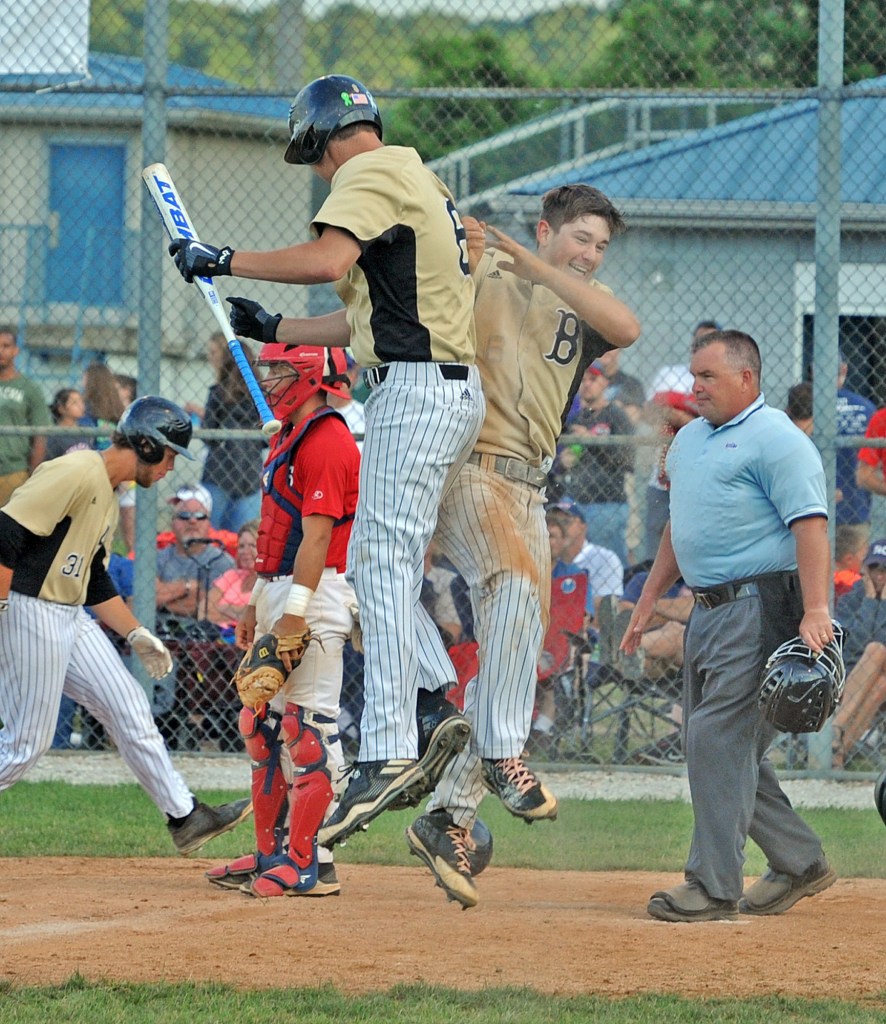 Today, they’ll be back.

It was again a story of bats for Boyle: All nine batters reached base at least once.

Rockcastle had its top two pitchers available for Tuesday’s game after cruising past Wayne County 15-1 in the first round on Monday. Boyle had faced both Lucas Jones and Hunter Rigsby once before this season, winning versus Rigsby 9-4 and losing to Jones, 9-4.

Jones started Tuesday but Boyle was ready. He shut down the top of the order in the first inning, then the Rebels made an adjustment.

“First inning, (Jones) came at us pretty good,” Boyle coach Kyle Wynn said. “We talk all the time about not going through the lineup before you make that adjustment. Learn from the first few guys who get up, so you don’t do the same thing. Guys made adjustments in the second inning and it showed. We jumped on fastballs, we didn’t gear up for them. He’s a great pitcher, we just had to try and keep it simple.”

The Rebels plated seven runs after sending 13 batters to the plate in the second. Hunter Mason kicked things off with a leadoff double. Alex Sergent, Tristen Helton and Kaden Gervacio each followed with a single. Tevin Leigh, Cameron Walker and Ty Dragan each reached base and scored before Sergent singled again with two outs.

Wynn praised his team for not going for the big hit, instead just focusing on getting on base.

“Everybody through the lineup singles, we had maybe a double or two, but the biggest thing we’ve been doing is running the bases hard,” Wynn said. “All you need is a single. You don’t need a double or home run to get it going, a lot of guys just kept it simple and it was a big success for us.”

The Rebels stole three bases as well against the Rockets.

With a 7-0 lead in the top of the third inning, Thompson faced his most difficult stretch: He allowed a hit and a walk to the first two runners, then the third reached base on an error. He would strike out John Cornelius before play was paused due to lightning in the area.

Thirty minutes later, Thompson walked in a run, the Rockets’ first of the game.

But Walker would come to Thompson’s aide to end the inning: On a hard-hit fly ball to right-center field, Rockcastle sent its runners with just one out in the inning. Walker made a sliding catch and doubled up the Rockets at first base to end the threat.

Rockcastle switched to Rigsby in the third inning, and the Rebels struggled to adjust. Rigsby had three shutdown innings, allowing just four baserunners.

The Rockets loaded the bases again in the fifth inning, but Thompson limited the damage to just two runs. After five, the Rebels led 7-3.

“He’s got all of the ability in the world, just had those arm problems early in the year,” Wynn said of Thompson. “We took him real slow, made sure that we didn’t do too much with him. But we know he’s got the capability. A freshman in the region semifinals, he came in and did a nice job giving us six quality innings. It keeps us in good shape for tomorrow night.”

Boyle added two insurance runs in the bottom of the sixth inning. Thompson and Dragan led off with a pair of hits and Sergent plated them both with a sacrifice fly. Dragan would pitch a near-perfect seventh inning, striking out two batters while allowing one hit.

“They made a pitching change, they have two nice arms and we knew it would be tough for us when they had their No. 1 and No. 2,” Wynn said. “After they made that pitching change, it took us awhile to get to him. Adding those couple insurance runs was big. He kept us off balance for two, three innings. But we came back in the sixth and we got some good breathing room there.

Karson did a great job as a freshman and Ty shut the door on them.”

The Rebels will face Lincoln County in the 12th Region Championship today at 6:30 p.m. at Rockcastle County.