Norma Lou Elliott Garland, 76, passed away Sunday, May 28, 2017. Norma was born in Frankfort, Kentucky on April 8, 1941. She was the only child of William Irvin and Corrine Roney Elliott. She was the loving wife of 60 years to Ronald Garland. 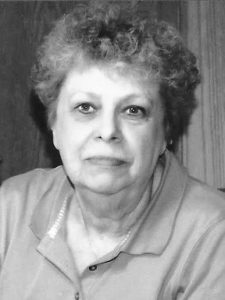 Norma was retired from the State of Kentucky having worked as an Accountant for the Department of Corrections. She was a member of the Perryville Church of God and enjoyed antiquing, going to yards sales, attending auctions and going camping with her husband, Ronald.

Along with her parents she was preceded in death by a son, William Garland.

The funeral service will be 11:00 a.m., Thursday, June 1, 2017 at Walden Funeral Home Perryville with Pastor John Walker officiating. Burial will follow in Hillcrest Cemetery. Visitation will be from 5 – 8:00 p.m., Wednesday, May 31, 2017 at the funeral home.