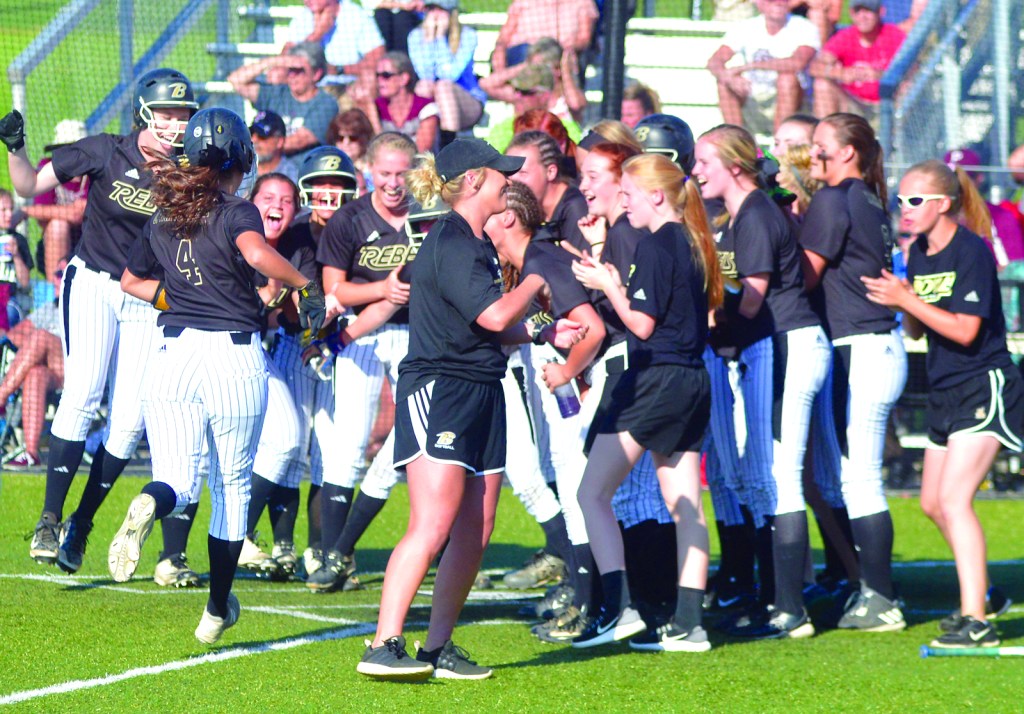 Channing Whitehouse has been a powerful weapon for Boyle County this season hitting in the No. 2 spot. But despite plenty of well-hit balls to the fence, she hadn’t gotten a home run yet this season.

Whitehouse broke open a scoreless tie in the bottom of the third inning against Pulaski County with a three-run home run, helping the Rebels to a 6-1 win in a 12th Region tournament semifinal at Rebels Stadium.

“She’s hit numerous balls that have peppered off the fence, and at one point we were telling her to get in the weight room, drink some Muscle Milk,” Boyle coach Brian Deem said. “She must have drank her Muscle Milk tonight because she got ahold of it.

“I was having everyone tag, and then I started looking at it and thought, ‘That ball’s gone.’ Sure enough, it went out there. It was long overdue.”

Deem called Whitehouse a student of the game, and her performance in the last two games proves it — she’s 3-for-6 with a triple and homer, scoring three times and driving in four runs.

The Maroons loaded the bases in the fifth, but they only scored once.

In the bottom of the fifth, it was Gracie Edmiston’s turn to provide some pop. She drove the cover off a ball, connecting on a three-run homer of her own. She’s gone 4-for-7 in the region tournament with two runs and five RBI.

Deem said an adjustment in her prior at bat led to the homer.

“She barrelled it up, and that was a no doubter,” Deem said. “When you get people on base in games like this, (pitchers) get tight. And that’s what I told them, ‘Championship teams will hurt you when pitchers miss spots.’”

The Rebels pitching rotation matched what they did the game before, with Katy Grace Chadwell starting and giving way to McKinley Rush in the final two innings. And it worked again — Chadwell got the win, giving up the one run on one hit and two walks with two strikeouts, and Rush held Pulaski scoreless and hitless while walking two and striking out one.

The Maroons hit precious few balls out of the infield, with most ending up back to the pitcher. Chadwell and Rush fielded the position and got more than a handful of putouts.

“I tell our pitchers I love strikeouts because it makes life easy, but we’ve got a pretty good defense when our head’s on straight. … It’s just some little things here and there that we have to make sure we’re clean on tomorrow night because we can’t give anyone any extra outs.”

Rockcastle beat Boyle 10-9 in a regular season meeting in early May. The Rebels had 11 hits in that game, but they also struck out nine times.

“I’ve told our kids all year, ‘You can’t control what Garrard’s doing, you can’t control what Rock’s doing. … All we can control is Boyle. We’ve got to do our job,’” Deem said. “If we can play great defense and hit the ball to our ability — we don’t have to have a light’s out game hitting — we’re going to put ourselves in the position.

“I like where we are. I think we have more that we can do.”