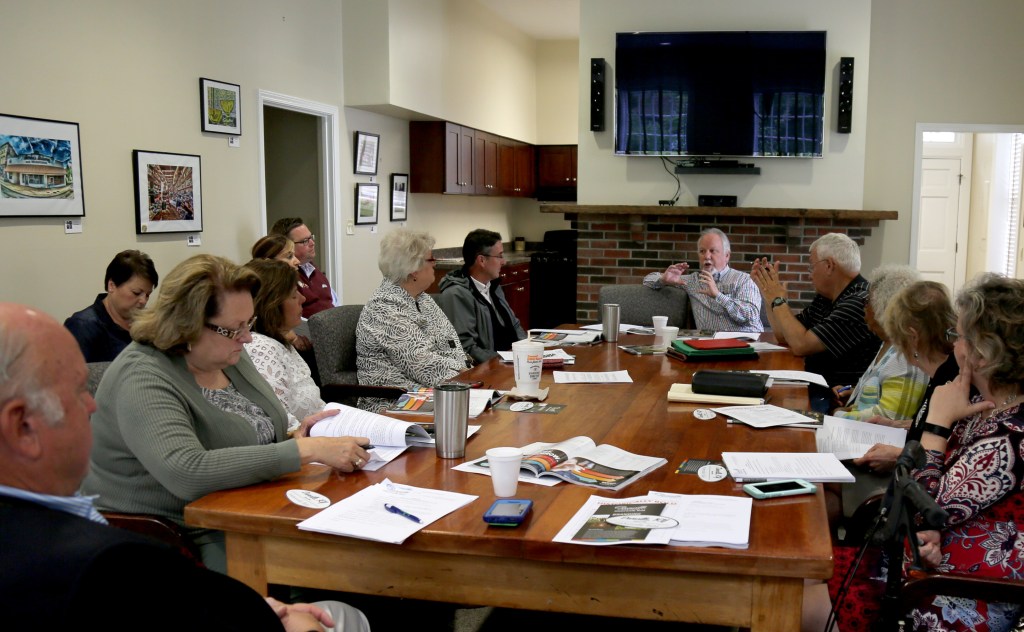 What impact did the Danville-Boyle County Economic Development Partnership have in the area in 2016? EDP leaders say that’s a hard thing to quantify, but they think a 2016 “activity report” released this month at least hints at the EDP’s influence.

The report counts 209 new jobs and about $120.6 million in economic activity. It tracks those numbers using a variety of sources, including business and industry submissions, surveys from Main Street programs, Jumpstart program participants and state tourism data. But it also leaves out a lot of stuff that can’t be tracked, can’t be shared publicly or isn’t released by businesses, EDP Chairman Ben Nelson said.

“When you hear the conversation about ‘what the heck does this partnership do that adds any value?’ This is us trying to say, ‘we’re not trying to take credit for everything, but we’re trying to tell you what we think we might have influenced and had some positive impact on,’” Nelson said. “It’s a very conservative report, but again — it’s important people understand: It is what we are told; it is what we understand from our work; it is not a total inventory of everything that happens in our community. And that misnomer is well out there.”

The EDP board declared the activity report a “final draft” last week and released it for public consumption.

The lion’s share of the $120 million in documented economic activity stems from state tourism impact estimates and data on reinvestment in downtown Danville from the Heart of Danville Main Street program. Tourism activity in Boyle County contributed almost $89.4 million, according to the report, while new and expanding businesses in downtown Danville invested $21.36 million.

A majority of the 209 new jobs listed also come from the Heart’s data, which claims 110 new jobs were created in downtown Danville in 2016. Nelson and other EDP leaders noted the “new jobs” line does count totally new positions that didn’t exist before, not rehired positions. But it doesn’t necessarily take into account layoffs or staffing reductions that the EDP wasn’t made aware of.

“This says there’s been some job growth, but the problem is — and I want to underscore this — we don’t know of the job loss, because guess what? Employers aren’t calling up (EDP President and CEO) Jody (Lassiter) going, ‘I laid 30 people off today and I’m proud of it,’” Nelson said. “So what we’re trying to show you is what we have voluntarily had disclosed to us as job growth.”

A further complicating factor is the “status” of each project listed in the activity report.

“Boy, do we get gnashing of teeth on this,” Nelson said of the status line.

The status line attempts to document whether a project’s promised jobs and economic impact are completed or not. Nelson said if a business announces a certain number of jobs that would ultimately be created by an expansion, but the job growth takes place over time, it’s not always clear whether the initial announced jobs and investment figures have been realized yet.

EDP board members also discussed how economic activity happening in “downtown” Danville but outside the Heart of Danville’s district would not necessarily make it into the activity report as easily as activity inside the Heart’s district.

The Heart’s district runs from Stanford Road to Fifth Street along Main Street and extends one block north and one block south.

“There have been conversations about expanding the district to capture the new growth on South Fourth, possibly going to Brothers’ (BBQ restaurant),” Heart of Danville Director Nick Wade said. “But at this current time, we don’t extend that far.”

The activity report lists 10 “other commercial” projects that happened in 2016, including many of the new businesses along Danville’s south bypass area, such as Hobby Lobby, T.J. Maxx, Dollar Tree, AT&T, Aspen Dental and Rack Room Shoes. But those 10 projects only total 46 jobs and $0 because in general, commercial businesses are more tight-lipped about their jobs and economics, said John Albright, EDP board member and chairman of the Danville-Boyle County Industrial Foundation.

“It’s always been a hard deal, continues to be a hard deal to get factual information from them,” Albright said.

Even when the EDP promises to only present the information in aggregate so no specific investment or jobs numbers could be tied to a specific business, commercial businesses are wary.

“To my understanding, they just don’t want to share,” Albright said.

Other EDP board members noted the activity report doesn’t even begin to look at economic activity in the agricultural sector.

EDP Board member and local attorney Mark Morgan said based on all the activity that people know is going on outside of what the EDP is able to measure, he thinks the activity report is “a gross understatement” of what’s going on.

Here’s how the 2016 activity report breaks down: