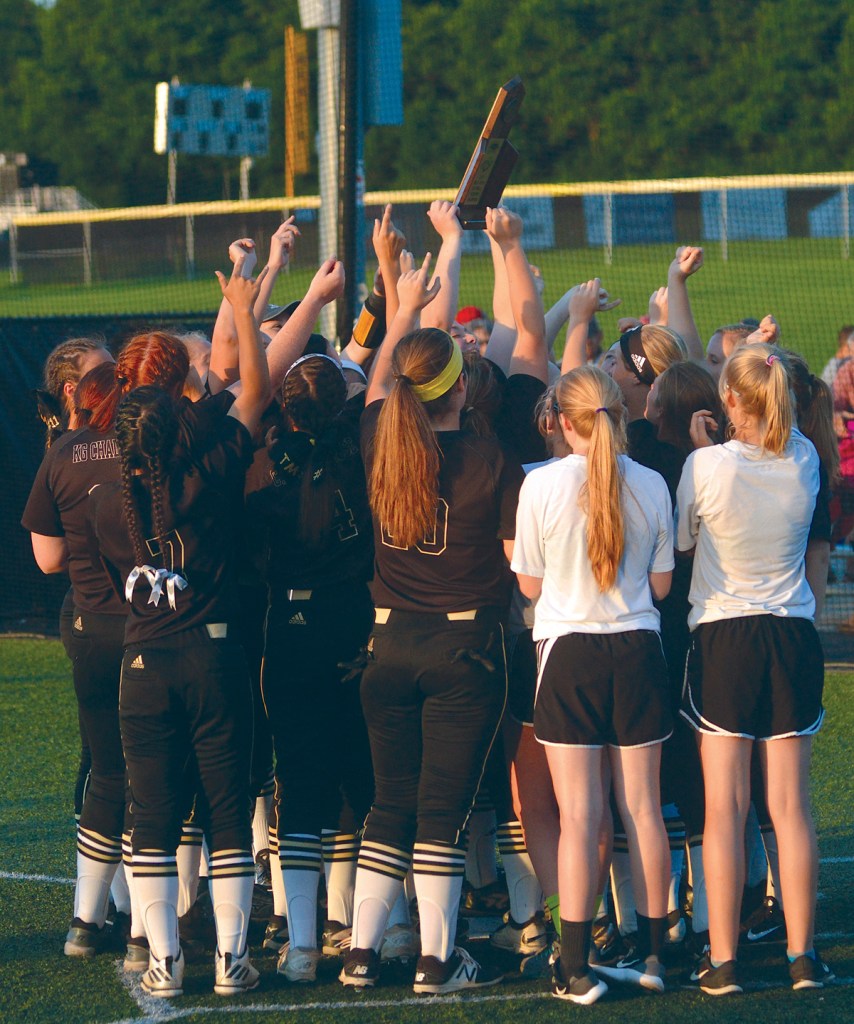 Brian Deem made a deal with his players — win the 12th Region softball tournament and they can pierce his ears, on the field immediately following the game.

The Rebels held up one end of that bargain, beating Rockcastle County 6-1 in Wednesday’s championship game at Rebel Stadium, but their coach remains earring free.

“I told them if you win the region and you have all the stuff there, we’ll do it there in the center circle,” Deem said. “They forgot to bring it, and I thought that was a good thing. They weren’t overconfident and didn’t expect it.

Boyle heads back to the state tournament for the third time under Deem, matching runs to Owensboro in 2012 and ‘13. The Rebels (27-13) will play at 7 p.m. Thursday, June 8, facing the 9th Region champion, Dixie Heights/Notre Dame.

“My freshman year and sophomore, we were either runner up or didn’t even make it to the championship game, so this has been a long time coming,” Boyle junior Gracie Edmiston said. “Coach Deem has been telling us since the very beginning that we’re the best in the region. … It’s a great feeling to know we accomplished it.”

Rockcastle (28-6) broke through in the second inning to take a 1-0 lead when Jordyn Powell came home on a bases loaded walk. Deem came out and had a quick message for his team.

“I told them, ‘Look y’all need to relax and settle down. We’re going to be fine,’” Deem said. “… Our defense and pitching has won this region. Our timely hitting was huge this week.”

The Rebels still faced a bases loaded situation with one out in the inning, but third baseman Casey Lanham came up with another highlight play in the tournament, snaring a line drive inches off the turf and hitting third base to double up the runner.

“Casey is one of the most underrated third basemen in the state,” Deem said. “She made some great plays coming down the line, going across and doing her job.”

Boyle went to work over the next two innings. In the bottom of the second, Kelly Lay doubled to bring home pinch runner Cathryn Jones to tie the game.

The Rebels poured it on in the third, scoring four runs. Edmiston broke the tie with a single to score Mattie Robbins from second, and Chadwell blasted a double off the centerfield fence to bring Channing Whitehouse and Edmiston home. Jones provided the final run of the inning, scoring from third on a passed ball.

“With our team, one hit gets us going,” Edmiston said. “We all feed off each other. We have a great energy. After that inning, we knew our defense is solid, we’ve just got to keep it up.” 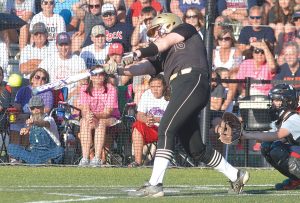 Chadwell gave Boyle its final run, singling home pinch runner Shelby Cochran in the sixth. From there, it was all about counting outs.

“We got to the sixth inning and we could feel it,” Edmiston said. “We were like, ‘We’ve got this. We’re not going to let up.’

“Any environment like this, it’s hard to come back. If you do, it’s great. But once you’re up in this kind of thing, you know you’re up. We have such a great energy. We’re kind of intimidating.”

Chadwell matched her day at the plate — 3-for-3 with three RBI — with a strong performance in the circle. She went the distance for the first time in the region tournament, allowing one unearned run and one hit with two walks and two strikeouts.

The sophomore wasn’t totally sharp to start, but a meeting in the circle with pitching coach Jessica Speake midway through the game provided Chadwell with some direction.

“She tells me things I’m doing wrong, and sometimes I get in my head and she helps me through that,” Chadwell said. “She gives me a breather, and then I’m good to go.”

Deem added, “Jess just kind of went out there and talked to her about fundamentals, making sure she was staying tight, striding out and loading properly. It was more a technique thing than anything. Just tell her to relax, we’ve got some runs.”

And much like everything Wednesday for Boyle, it worked.

It was a near perfect night for the Rebels.

If only someone had remembered the ear-piercing kit.