EDP preparing for big changes as strategic planning wraps up 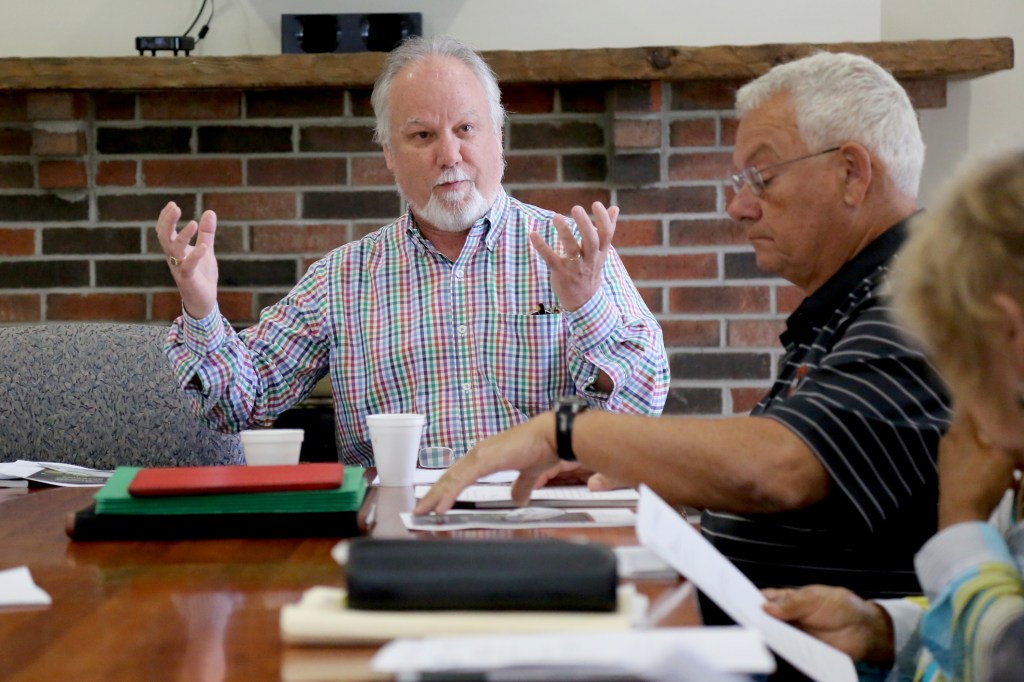 Members of the Danville-Boyle County Economic Development Partnership are preparing for an organizational sea change as the current strategic plan process nears an end.

“We are in what they call the in-between state, which in change management is known as ‘the wilderness,’” EDP Chairman Ben Nelson told his board members last week. “And in the wilderness, there is great anxiety and fear and — ‘Oh my God! We’re all going to die!’ We are in the height of that right now and our job as a board is to stay steady and say, ‘it is our job to govern and lead and help this community find its way.’ We are hearing a lot of good opinions; we are hearing a lot of good input, but ultimately — no pressure, folks — it’s us that will have to set the course for the future of this partnership.”

The broad strokes of the strategic plan being developed by consulting company RKG Associates have already been released for a month, and RKG consultant Kyle Talente returns June 6 for a final presentation of what Nelson says will be a far more detailed blueprint for economic development in Danville and Boyle County over the next five to seven years.

“When you see the final report, I think there will be a lot of discussion,” Nelson said. “Because it’s got a level of granularity we’ve not seen yet.”

What is already called for in the plan is the removal of four organizations from the EDP — the Heart of Danville and Main Street Perryville Main Street programs; the Chamber of Commerce; and the Convention and Visitors Bureau — and the creation of a newly reorganized economic development agency that would focus on “core” ED goals of attracting, retaining and growing businesses.

The new organization would get a new name, too — likely the one the EDP just adopted as an alias, “Develop Danville.”

Nelson said the change represents a “new beginning” and the existing EDP board is the group that must “figure out what the new beginning is.”

“And we need to come together because the divisiveness in this community has been problematic,” he said.

At the Heart of Danville, board chair Valery McMann said while it’s still yet to be determined what exactly the new structure will look like, the Heart will continue to function.

“We may be independent; we may be part of the EDP. But we will continue on as an organization one way or the other,” McMann said. “I have no doubt about that.”

Heart Director Nick Wade said whatever changes are decided on won’t be happening overnight — many won’t happen until the next fiscal year, 2018-19.

“People need that year to sort of prepare,” he said. “Because if the separation occurs, it’s not as easy as just saying, ‘OK, we’re not going to be family anymore, we’re all going to go out on our own.’”

The EDP has been developing the strategic plan with RKG through its “working group,” a special committee made up of up to two members from each EDP member agency that has been working on a strategic plan since before RKG got involved.

As part of the strategic plan, the working group has proposed a wish list for the first year of up to $170,000 in new expenses, including the creation of a “chief operating officer” position; more than $110,000 in expanded marketing efforts; $15,000 for office supplies and equipment; and $14,500 for a regional job fair and workforce development.

However, funding for all of those additions has not materialized. To date, the City of Danville has proposed giving an additional $40,000 to the EDP — if other partners match that with another $40,000. The EDP’s next budget sets a goal of fundraising an additional $30,000 from private businesses, but that’s not guaranteed. Boyle County Fiscal Court has declined to provide any additional EDP funding in its proposed budget.

“If we don’t have the revenue to do everything we wish, we will right-size the work and tell them, ‘this is what we can do.’ But we will not continue to ask this staff to do things they are not staffed to do.”

Nelson laid out the next steps in the strategic plan:

• Once RKG provides the “final deliverable” of the strategic plan document, it will fall to Danville City Commission to formally “accept” the deliverable, because the city is who owns the contract with RKG. Nelson noted it does not have to “approve” the plan, just “accept it as a final deliverable.”

• The EDP has asked the Boyle Fiscal Court to “consider doing the same thing because we think that’s an important moment to symbolize we’re all getting behind a shared vision,” Nelson said. 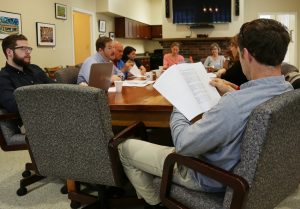 Ben Kleppinger/ben.kleppinger@amnews.com
Members of the Heart of Danville Board of Directors discuss their budget and the possibility of leaving the Economic Development Partnership in the future during their meeting last week.