Ashtin May and Jonathan Haegy, both of Perryville, were united in marriage at the Danville Country Club on April 22, 2017 by pastor Allen Neal.

The bride is the daughter of Lisa and Harold May, and the granddaughter of Leon and Janet Phillips, Harold and Jean May, and Martha and Ralph May. The groom, originally from Nice, France, is the son of Marie and Jean Haegy. He is also the grandson of Francois Joseph and Lucette Haegy. 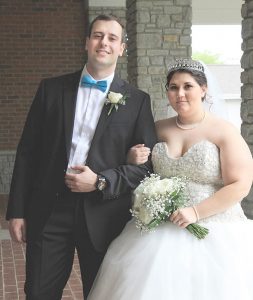