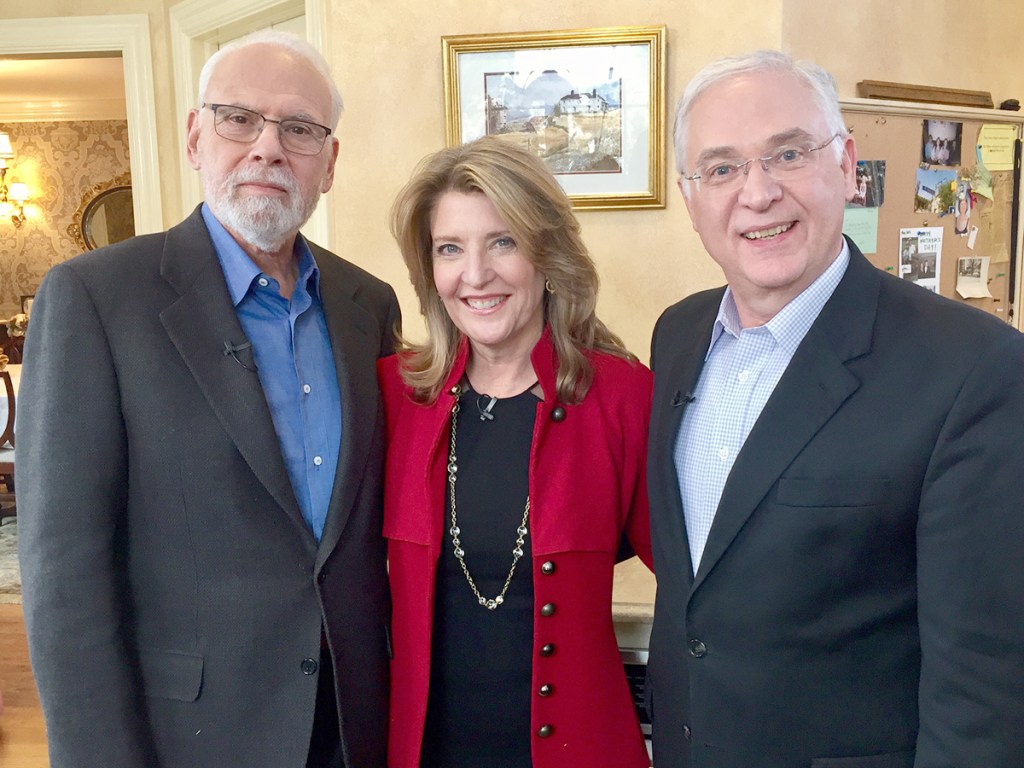 Burt Wolf (left) gathered with Cindi Bigelow and Bruce Richardson for the filming of Tea for Two last December in Connecticut. The episode produced by Travels and Traditions with Burt Wolf airs this Saturday on KET.

Danville tea importer and author Bruce Richardson will appear on the long-running series Travels and Traditions with Burt Wolf this Saturday, June 3 at 1 p.m. on KET.

This episode, titled Tea for Two, was filmed last December in the Connecticut home of Cindi Bigelow, president of Bigelow Tea, America’s second-largest tea producer. Richardson and Bigelow were interviewed by host Burt Wolf as they discussed tea’s influence on art, literature and music. The trio enjoyed a lively conversation about the tea habits of Jane Austin, the longevity of such songs as I’m a Little Teapot and the tea drinking habits of French artist Claude Monet.

The half-hour program is also available online at burtwolf.com.

Bruce Richardson, owner of Elmwood Inn Fine Teas, was nominated this week as one of the international finalists for the Best Tea Educator award, which will be announced at the World Tea Expo in Las Vegas on June 13. Richardson will serve as Master of Ceremonies at the annual awards event which draws over 4,000 tea professionals from around the world.