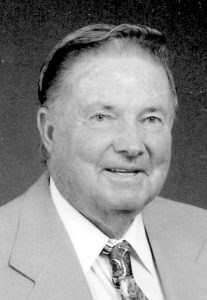 N.T. Reynolds, age 87, of Somerset, formerly of the Bee Lick Community of Pulaski County, passed away Tuesday, May 30, 2017 at Lake Cumberland Regional Hospital in Somerset. Born Sunday, December 22, 1929 in Pulaski County, he was the son of the late General Lee and Lula Rogers Reynolds. He was the widower of Leuna Faye Jacobs Reynolds and Selma Story Reynolds.

N.T. was a U.S. Army Veteran that served during the Korean Conflict, his name is listed on the Korean Wall, and he was a member of Liberty Baptist Church. In his spare time, he loved fishing, was an avid outdoorsmen, and loved spending time with his grandchildren and great grandchildren.

A Funeral Service will be held 1:00PM Saturday, June 3, 2017 at Barnett, Demrow & Friend Funeral Home with Bro. Trevor Reynolds officiating the service. Burial will follow in Liberty Church Cemetery with full military honors performed by the Caswell-Saufley Post #18 of the American Legion.