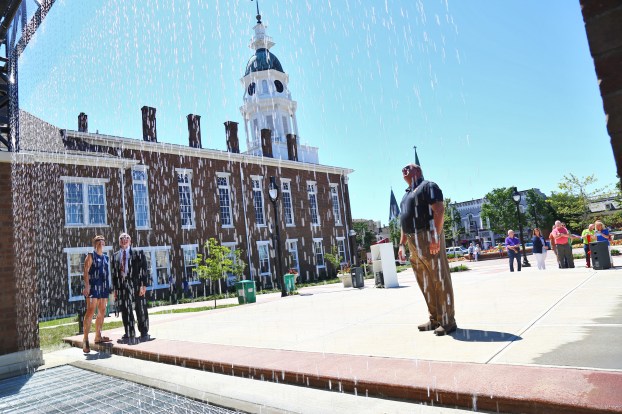 Weisiger Park complete — and under budget

The water is flowing at Weisiger Park and Danville officials are celebrating completion of a lengthy renovation to the iconic spot at the corner of Fourth and Main streets. 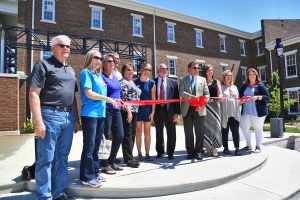 City officials and others involved with the nearly $600,000 Weisiger Park renovation project pose for a ribbon-cutting photo on the park’s stage Friday. (Photo by Ben Kleppinger)

Mayor Mike Perros cut a grand-opening ribbon just before noon Friday, as streets were beginning to be blocked off for the Great American Brass Band Festival.

Not only did the city finish the project in time for the area’s biggest event of the year, it came in under budget, Perros said.

City Manager Ron Scott said the money saved will go back into the city’s general fund.

“Money saved is obviously money not spent,” Scott said. “It’s not earmarked for anything in particular.”

City Engineer Earl Coffey said the city was able to save so much off the original price tag because it handled a lot of the management in-house. 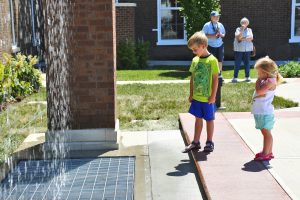 Abram and Addie Douglas, 5 and 3, examine the water curtain at Weisiger Park. (Photo by Ben Kleppinger)

Coffey said the new park is “definitely easier to maintain” than the old park, which was originally dedicated 30 years ago, in 1987.

The renovated park has a raised stage area backed by a water curtain; a wood pergola designed to have plants growing on it; a fountain and all-new concrete throughout. The city commission first approved of the three main features in February 2016. Officials had hoped to have everything complete in time for last year’s Brass Band Festival, but the various delays in the installation of the fountain and water curtain slowed progress.

The city has plans to further improve the last feature to be completed, the water curtain, with lights and a decorative addition that will make the structure look like a railroad signal tower. 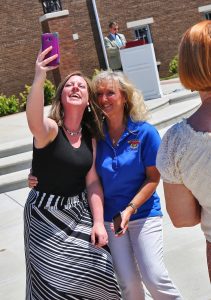 Perros said that’s “a tip of the hat to our historical relationship to Southern Railway, now Norfolk Southern.”

Coffey said even though the years-long project is now done, work will hopefully always be continuing.

“The existing park we had was constantly changing. We put trees in, took them out over time,” he said. “It’s never going to be stagnant.”

Coffey said the park’s design was based off of input from the city commission and stakeholders who told the city what they would like to see.

Scott noted the city has long rented out Weisiger Park for public and private events. The price for a day’s rental of the new park is expected to be $100, up from $75 previously.

“$100 is a very inexpensive venue for use of facilities such as this and the increase really reflects the increased investment that we had,” Scott said.

Scott said he’s happy with how the park turned out.

“I think in a short period of time, the community, as they use this, will come to really value this,” he said. “They’ll see the flexibility here, see the beauty here and it really will be a well-used park, I believe.” 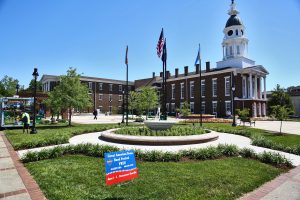 With a gentle swing of their mallets to hit balls through wickets, six teams participated in the first-ever Croquet &... read more