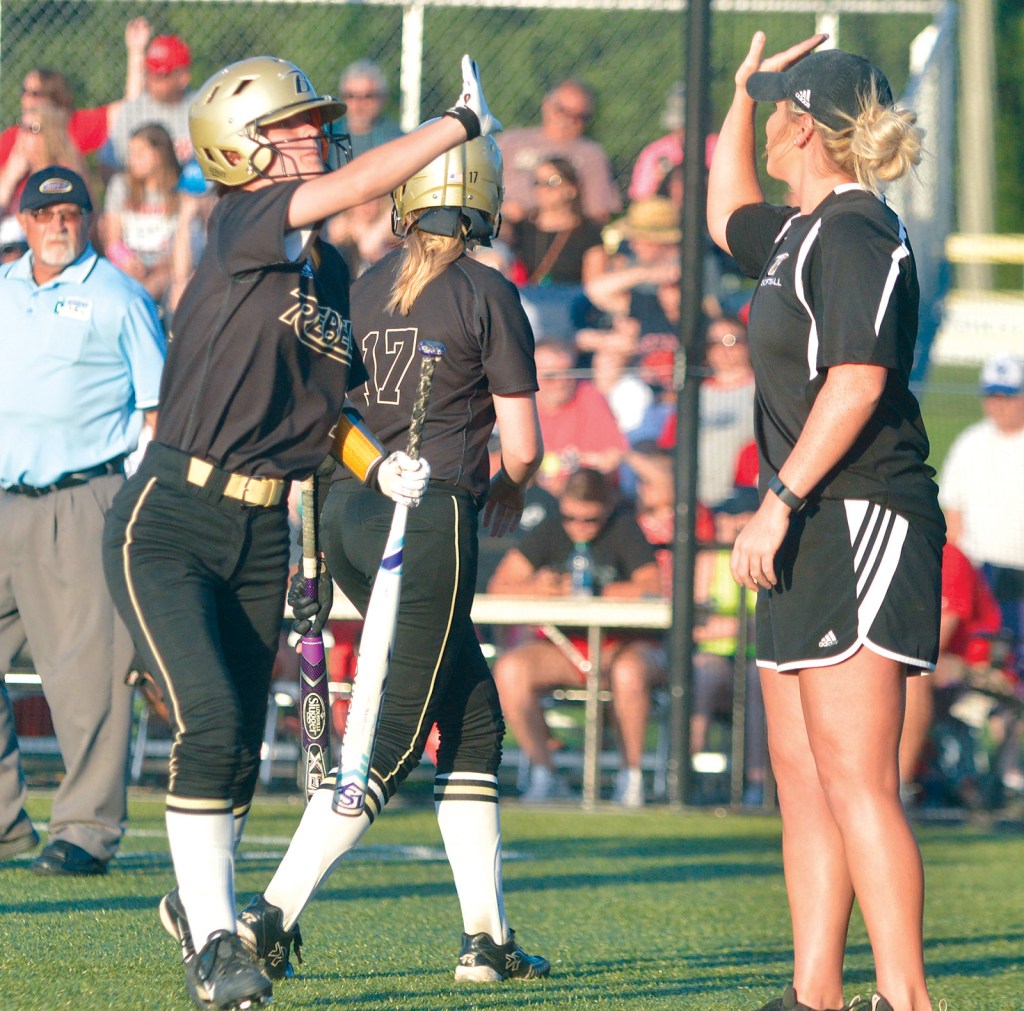 Boyle County’s softball season was on the brink of disaster midway through April. The Rebels fell to a middling 8-8 after three straight losses, including back-to-back losses to Garrard County and Lincoln County in the 45th District.

It was all the sudden put up or shut up time for the Rebels.

Since then, Boyle has gone 19-5, winning the 45th District tournament as the third seed and claiming its third 12th Region tournament title in six seasons. The Rebels will face 9th Region champion Notre Dame at 7 p.m. Thursday in the first round of the KHSAA state tournament at Jack C. Fisher Park in Owensboro.

Talk about a turnaround.

“It opened our eyes,” Boyle coach Brian Deem said. “We weren’t playing very well. We just got off the Clarksville tournament, where we went 4-1, so I think we had a little bit of overconfidence. We got beat by Garrard, we didn’t play very well, then we didn’t play well at all against Lincoln County. Both teams put it to us.

According to junior left fielder Gracie Edmiston, the two losses snapped some perspective back into the players.

“Sometimes I think our team got a big head, honestly,” she said. “We were like, ‘We’re good, we can do it.’ We lost those two and we were like, ‘OK, we’ve got to check ourselves.’ That just fired us up even more. We knew we had to get better. In each practice after that, we had so much energy and so much effort. We were all in it as a team. We grew so much as a team, as a family after that.”

It wasn’t a huge change for the Rebels.

“Going back in looking and talking, we went back to the basics in practice,” Deem said. “Do what we do. That’s been the thing I’ve reminded them over the last couple of weeks, do what you do. We can’t worry about anybody else. Do what Boyle does. Hit the ball, short the ball when we need to, run bases, pitch and defense. We’ll be fine.

“They responded, they’ve done that.”

The potential was always there for Boyle. No one on the roster had ever settled for less than 20 wins in a season, had never lost in the district tournament and built up a 4-3 record in region tournament games.

But they hadn’t gotten back to the state tournament, something the 2011 and ‘12 teams did in back-to-back years. It was a fact which seemed to hang over their heads.

“Freshman year and sophomore year, we were either runner up or didn’t even make it to the championship game, so it’s been a long time coming,” Edmiston said. “After we lost those two district games, we were kind of questioning ourselves. But district tournament, we rolled through. We were like, ‘We’ve got this.’ We stayed positive.”

The Rebels certain hit their stride in the region tournament, giving up one earned run and four hits in three games. Starting pitcher Katy Grace Chadwell threw 17 innings, allowing one earned run on four hits and five walks with 12 strikeouts. Her ERA was a miniscule 0.41 in the tournament.

The offense didn’t smash the ball — after 12 hits in the opening win over East Jessamine, they totaled 12 in the next two games — but Deem credited timely hitting. The top of the order, Mattie Robbins, Channing Whitehouse, Edmiston and Keely Bowling, went 16-for-41 (.390) with 12 runs and 12 RBI.

“We peppered the ball, we hit the ball hard,” Deem said after the win over Pulaski County in the region championship.

The matchups have gotten progressively more difficult as the postseason has rolled along, and it won’t get any easier against Notre Dame (20-8), which has won eight straight games by an average of 12-2.

This will be the Pandas third state appearance in five seasons, matching region titles in 2015 and ‘13. In those state games, though, Notre Dame has won one of five games.

In their last two state appearances, the Rebels won seven games. And if the last 24 games of this season, Boyle could add to that total this year.