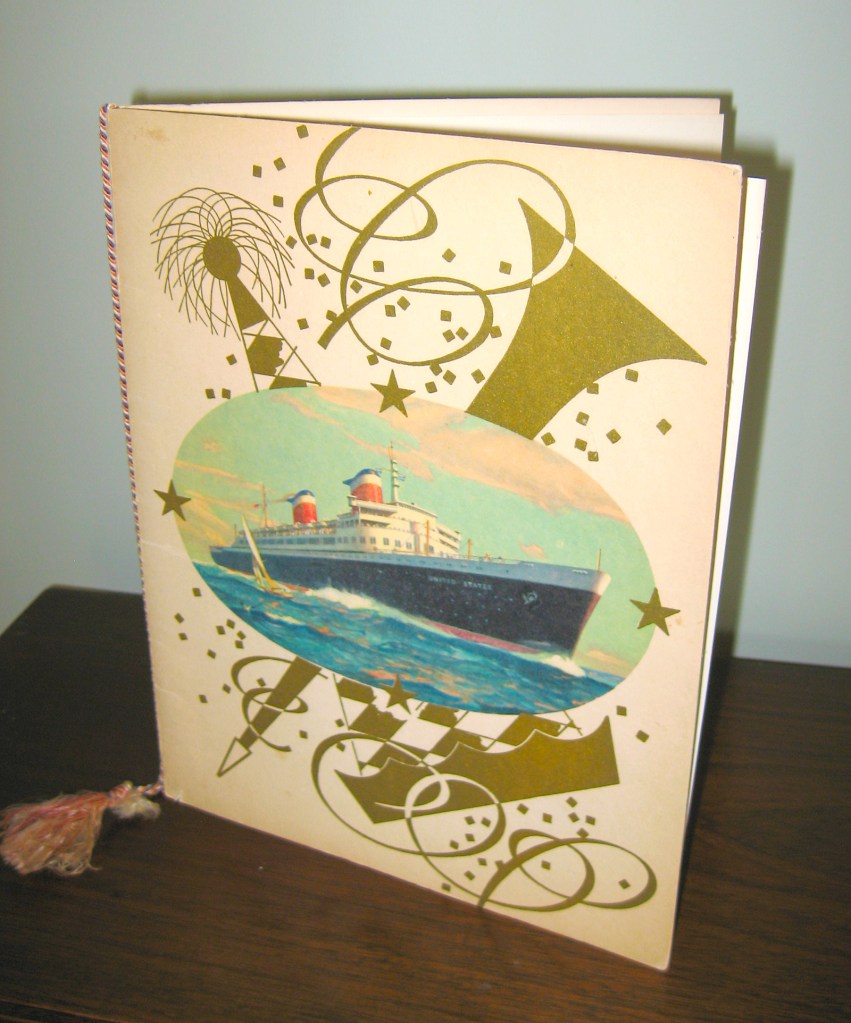 Question: Jerry, I found this old menu when I cleaned out my bookcase. I know there are people who collect souvenirs from the old luxury passenger liners so I wonder if this has any value beyond sentimental.

My family sailed to England on the S.S. United States in the winter of 1961. This is a menu from the Gala Dinner on January 28, 1969. All the meals were sumptuous, but the Gala Dinner was especially extravagant. Hors d’ouvres included crabmeat or shrimp cocktail and pate’ de foie gras. There was Green Turtle Soup and Veloute’ Bismarck, whatever that is.

For the main course, passengers could choose between broiled Pompano, lobster a la Newburg, stuffed Cornish game hens, baked Yorkshire ham, or a sirloin steak with sautéed mushrooms. The choices go on through salads and vegetables, fruit, desserts, cheeses, and coffee, tea, or milk.

Meals were included in the price of a ticket so we could order anything we wanted. Unfortunately, it was a rough crossing. I was seasick the entire time and couldn’t enjoy the meals or the many entertainments. I spent most of the voyage in bed and lost 10 pounds in five of the most miserable days of my life. 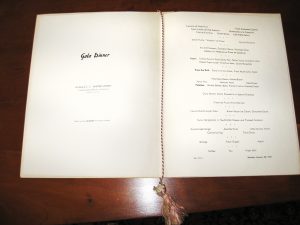 Answer: Awww, what a shame. Sorry you missed a great ocean liner. The S.S. United States, commissioned in 1952, was the last of the great ocean liners. She was the fastest ocean liner to cross the Atlantic Ocean in either direction, a distinction that she still holds — or held.

A fact that I found interesting, was that in 1942, after the floundering the GREAT French liner, S.S. Normandie, after a devastating fire and the retaining of millions of gallons of water in her hull, the U.S. government adopted the U.S. Navy Standards, a very strict guideline to make water craft fire repellent.

The S.S. United States engineers took this to the maximum degree. The designers of the S.S. United States used no wood in its framing, accessories, decorations or interior surfaces, though there was a butchers block in the galley. Even the furniture and the upholstery was custom made in glass, metal and spun glass fiber to adhere to these guidelines.

She was elegant and was filled with the art of many popular artists from the 1950s.

Her story is far too long, complicated and convoluted for me to try to explain in this column. She is worthy of, you dear readers, looking up the S.S. United States on the internet. However, during a routine overhaul in 1969, in Virginia, the owners decided that she was loosing money and she was decommissioned.

Her plight of dry docking, preservation, restoration and re-use went on for decades. As far as I can tell she was sold for scrap in 2015.

Your menu dates from January of 1969, just mere months before her demise. So you were on the tail end of one the last great American ships.

I looked around and found there were several, in fact a lot of memorabilia items from the S.S. United States. I think that in good condition, your menu from the twilight era of this fine ship, would be priced in a retail location for about $30. Thanks for sharing it with us. Again, sorry you were so sick and missed out on this adventure. 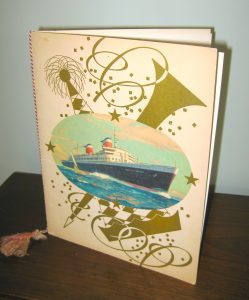