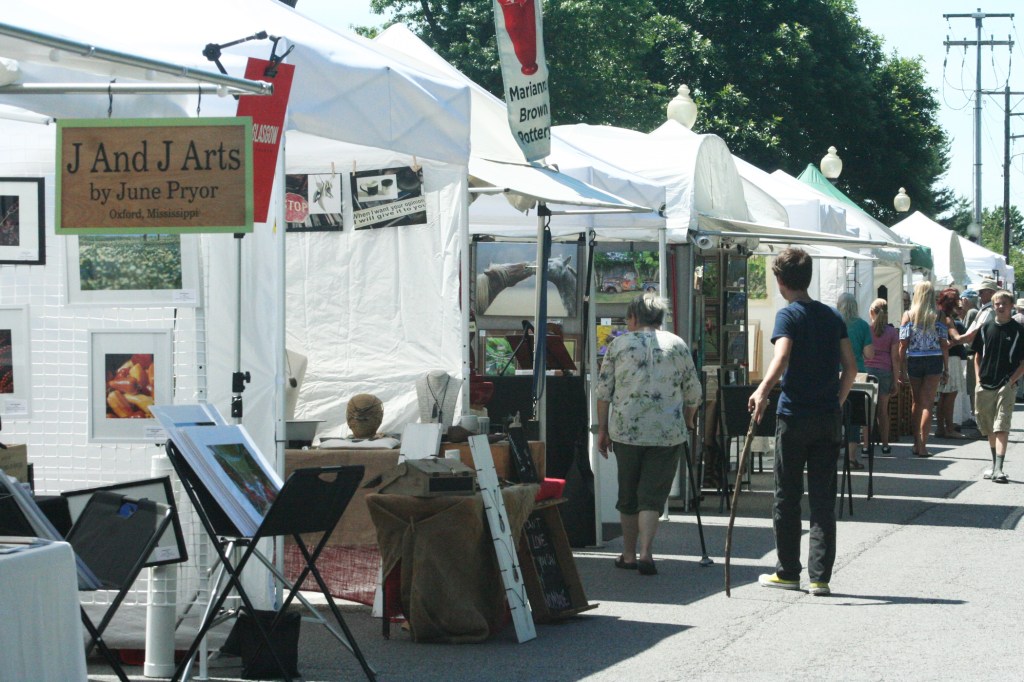 The Great American Art Festival brought in 18 artists from around the state and beyond, as well as five kids artists for the Kids Art Fest.

Artists like Troy Glasgow, a photographer from Memphis, Tennessee, came for the event. Glasgow said he thought the weekend sounded interesting, which is why he applied to participate.

“I thought it was an interesting draw; people come every year for the Brass Band Festival,” he said.

Glasgow said the son of his college roommate played football at Centre, and really liked Danville, too.

He said he and his six-year-old daughter really enjoyed the balloon race on Friday.

“It was pretty spectacular,” Glasgow said.

Near Glasgow’s tent was a fiber artist, Kristin Grenier, of Wanderstruck Studio from Cynthiana, Kentucky, who uses felt to make landscapes and pictures of her travels.

“Backpacking is my passion,” she said.

Grenier began needle felting, basing the works off photographs of places she has been while backpacking, using wool from her family’s sheep farm. Her mom does a different style of felting, called wet felting, to make clothing and other items. Together, they launched HeartFelt Fleece and Fiber.

She has traveled to Spain and Italy; completed the Appalachian Trail; hiked several of the trails on the Pacific coast, and is gearing up for another trip soon. Normally she does her needle felting at home, but said she plans to take the supplies with her and complete some plein air felting (or felting in the open environment) as she hikes.

Artists were selected through a competitive jury process to participate.

At the accompanying Kids Art Festival, kid artist Jilly Long said she started making sleeping bags for her sister with the help of her “Nana,” who taught her to use a sewing machine.

“One day, we were at Nana’s and Corabelle was crying because she wanted somewhere for her dolls to sleep. So me and Nana said we could make sleeping bags for them,” Jilly said.

“I made some snow globes for my friends for Christmas,” Lauren said. Her first snow globes were made from 35mm film canisters, she said.

Lauren’s snow globes at the festival featured small emojis, among other items. 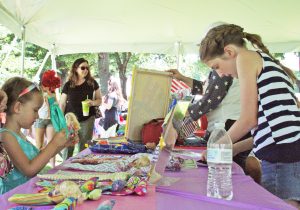 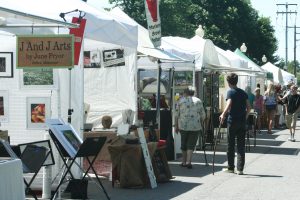 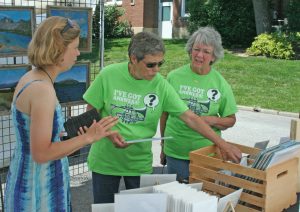 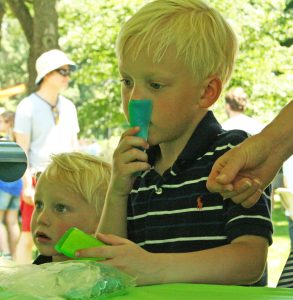 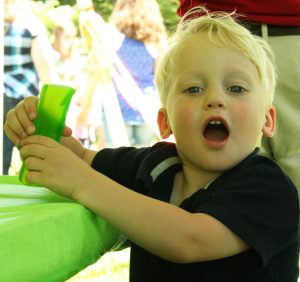 Kendra Peek/kendra.peek@amnews.com
Alexander Kilty, 3, is excited about sniffing soap from W and B Soaps, during the Kids’ Art Festival, part of the Great American Brass Band Festival.

Writer who grew up watching balloon race gets a…