Pioneer Playhouse Kicks Off 68th season with a Murder…or Two 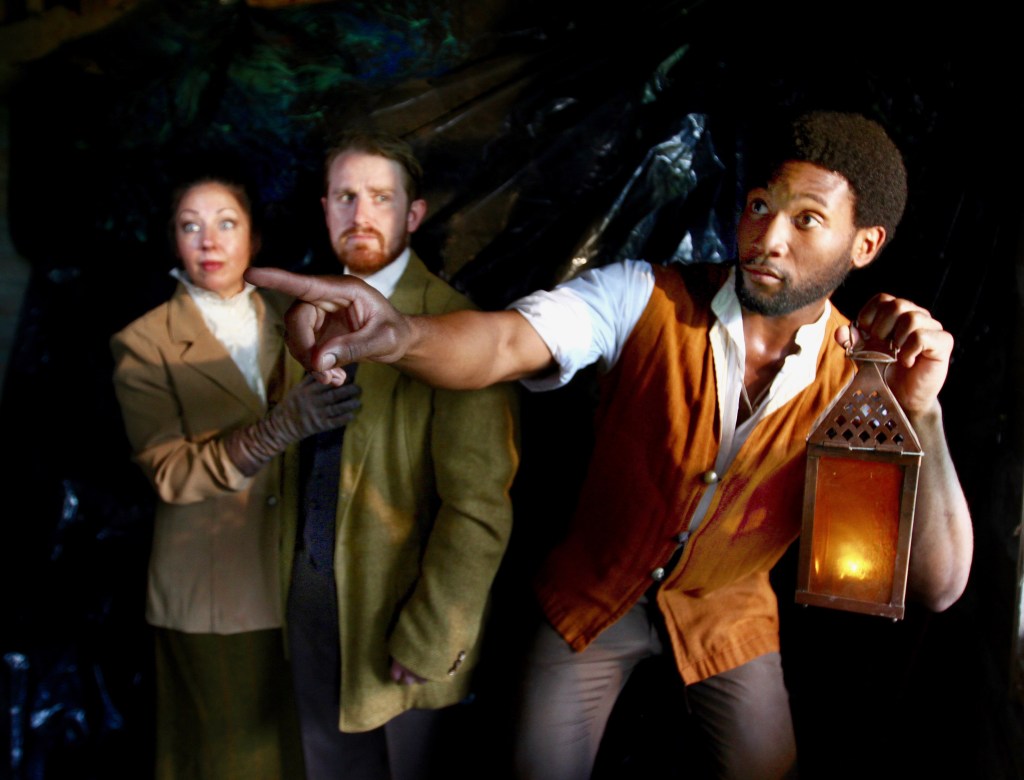 Pioneer Playhouse of Danville is celebrating 68 years of theatre under the stars this summer, and they’re kicking off the 2017 season on Friday, June 9 with something a little different from the usual light, comedic fare. This year, Kentucky’s oldest outdoor theatre will be opening with “Death by Darkness,” an edge-of-your-seat murder mystery set in the depths of Mammoth Cave in 1842. 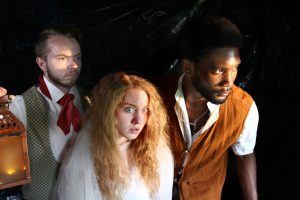 “Death by Darkness” was written by Danville native Elizabeth Orndorff. The play took Best Play and Best Playwright Awards at the International Mystery Writers Festival in 2007. It also won its author a coveted Southern Playwrights Competition Award, as well as a Kentucky Arts Council Award.

Although Orndorff had been a fiction writer and journalist for many years, she had never tried her hand at playwriting before deciding to enter the International Mystery Writers contest.

“The idea of writing a mystery play was intriguing, and the whopping big prize money ($10,000) guaranteed I would come up with something to enter,” says Orndorff. “But I had never written a mystery before, or a full length play. I knew it would have to be a ‘history’ play since I didn’t want to deal with cell phones and computers and DNA forensics.”

“Death by Darkness” was first produced at Pioneer Playhouse in 2008, and is back this year by popular demand.

“There are some plays that patrons ask for again and again, and Liz’s cave play is one of them,” says managing director, Heather Henson, daughter of Pioneer Playhouse founder, Col. Eben. C. Henson.

The play’s revival also has to do with the fact that Pioneer Playhouse is celebrating 10 years of producing its Kentucky Voices series of original plays celebrating Kentucky history, heritage and culture.

“It’s hard to believe, but ‘Kentucky Voices’ is turning 10 this year,” says Henson. “It started with my sister, Holly, commissioning a play about the making of the MGM classic ‘Raintree County’ here in Danville — “A Jarful of Fireflies” by Catherine Bush — and it just took off from there. And now, here we are a decade later.”

“We’re really proud of the fact that we’re the only theatre in Kentucky doing an original play a season that focuses on Kentucky,” says artistic director Robby Henson, Heather’s brother. “We wanted to mark this 10-year milestone by offering two originals, rather than just one. So we’re giving a fan favorite  in ‘Death by Darkness,’ and then we’ll also have a brand new sequel to a huge hit, ‘Grounded’ by local author Angela Correll. The sequel, ‘Guarded,’ will run July 11-July 22.”

“Death by Darkness” is set inside the Star Chamber of Mammoth Cave in 1842. It revolves around an interesting group of tourists who are being taken on a tour of the awe-inspiring Kentucky landmark by Stephen Bishop, a real-life figure from history.

Bishop was one of the most renowned guides of the cave in the early to mid 1800s. He created the first map of the cave and he made many important discoveries, but because he was a slave, bought and sold with the cave itself, he was not given as much credit as he would have been if he was a white man.

“The character of Stephen Bishop was particularly interesting because he was a slave with a tremendous amount of power in the vast knowledge he had of the cave,” says Orndorff. “He had mapped many miles of it himself and explored places no one had ever been. Even in those days tourists would come from all over the world to be taken down into the darkness of the cave.  Stephen Bishop would lead them in. And only Stephen could lead them out again.”

“Josh is a huge talent, and we’re really thrilled that he could join us for another season,” says Robby Henson. “He may be the next actor we’re listing after Travolta when we say which big stars have gotten their start here.”

Jerome isn’t the only Centre connection at the Playhouse this year. Directing “Death by Darkness” is Anthony Haigh who just retired after 26 years of teaching and directing the theatre program at Centre College.

“We are lucky to have Tony,” says Heather Henson. “It started with asking Tony to play Dr. Watson in one of our Sherlock Holmes productions, and then continued on with him directing ‘The Tell-Tale Farce’ last year. When we knew we were doing ‘Death by Darkness’ again, we thought it would be a great match, particularly because Tony and Liz collaborate on their own theatre project — the Scarlet Cup, Danville’s newest site-specific theatre.”

While Haigh is leading the actors through the rehearsal process, the tech crew is hard at work creating that fascinating new world of Mammoth Cave’s Star Chamber.

“It’s definitely a challenge turning our outdoor stage into a room deep inside a cave,” says Robby Henson, who is designing the set along with long time Technical Director Mark Hayes. “But that’s what we’re all about here at the Playhouse: the challenge.”

Bishop is not the only historical figure in the play. Spoiler alert: One of the characters begins the play under a different name but is soon revealed to be the great English writer, Charles Dickens.

Says Orndorff, “After talking with the National Park Service during my research, I found that it was merely legend that the great writer Dickens had visited the cave — based solely on some old hotel ledgers that burned up long ago. Dickens never mentioned Mammoth Cave in any of his travel writing of his trips to America. If he had visited the cave, why wouldn’t he write about it?  What could have happened there that made him obliterate it from his memory? And that became the basis for my story.”

In the play, Dickens is traveling with his wife under an assumed name, but a nosy reporter outs him during the tour. Dickens is played by Liam McDermott, now in his third year at Pioneer Playhouse.

“My favorite part of the play is the relationship between Stephen Bishop and Charles Dickens,” says Orndorff. “Dickens was caustically anti-American and savagely anti-slavery. He could not understand why Stephen did not even try to seek his freedom. ‘How can you choose to live in slavery,’ Dickens shouts at Stephen in the play. ‘But I do not feel enslaved,’ says Stephen. ‘I do not feel enslaved.’”

‘Death by Darkness’ opens Friday, June 9 and runs through June 24 at 8:30 p.m. each night, Tuesdays through Saturdays. A pre-show dinner is available with reservations at 7:30. The dinner consists of hand-rubbed, hickory-smoked barbeque pulled pork or chicken, parmesan roasted potatoes, and a farm fresh side, plus homemade fruit cobbler for desert. For tickets or more information, visit Pioneerplayhouse.com or call (859) 236-2747.

When Heather Henson saw the original production of Death By Darknessin 2008, she was so inspired by the Stephen Bishop character, she decided to do more research and write a children’s book about the fascinating Kentucky character. The result is Lift Your Light a Little Higher: The Story of Stephen Bishop, Slave-Guide, illustrated by Caldecott-Medal winning artist Bryan Collier, published by Simon and Schuster last fall. The book is available where ever books are sold, including the Pioneer Playhouse gift shop this summer. 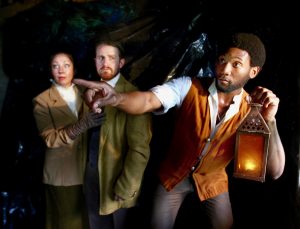 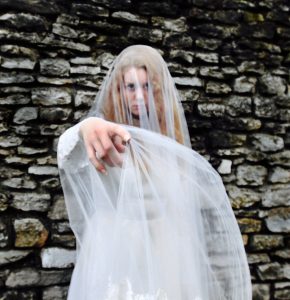 Life skills every child should learn