Preston “Ray” Floyd, 73 of Stanford, Kentucky died early Sunday morning, June 4, 2017, at his home. Ray was the husband of Phyllis Taylor Floyd whom he married November 23, 1964. Ray was born March 17, 1944, in Stanford, Kentucky. He was the son of the late Clinton and Hattie C. Hasty Floyd. Ray was a Deacon of the Blue Lick Baptist Church. He was a retired Game Warden and Captain for the Kentucky Department of Fish and Wildlife. 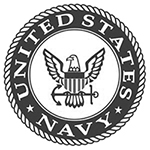 Services will be 10 a.m. Tuesday, June 6, 2017 at Blue Lick Baptist Church in Stanford, Kentucky by Bro. Chester Cornett and Bro. Wayne Stevens. Burial will be in Camp Nelson National Cemetery.

McKnight Funeral Home of Crab Orchard is handling the arrangements.