Writer who grew up watching balloon race gets a new angle 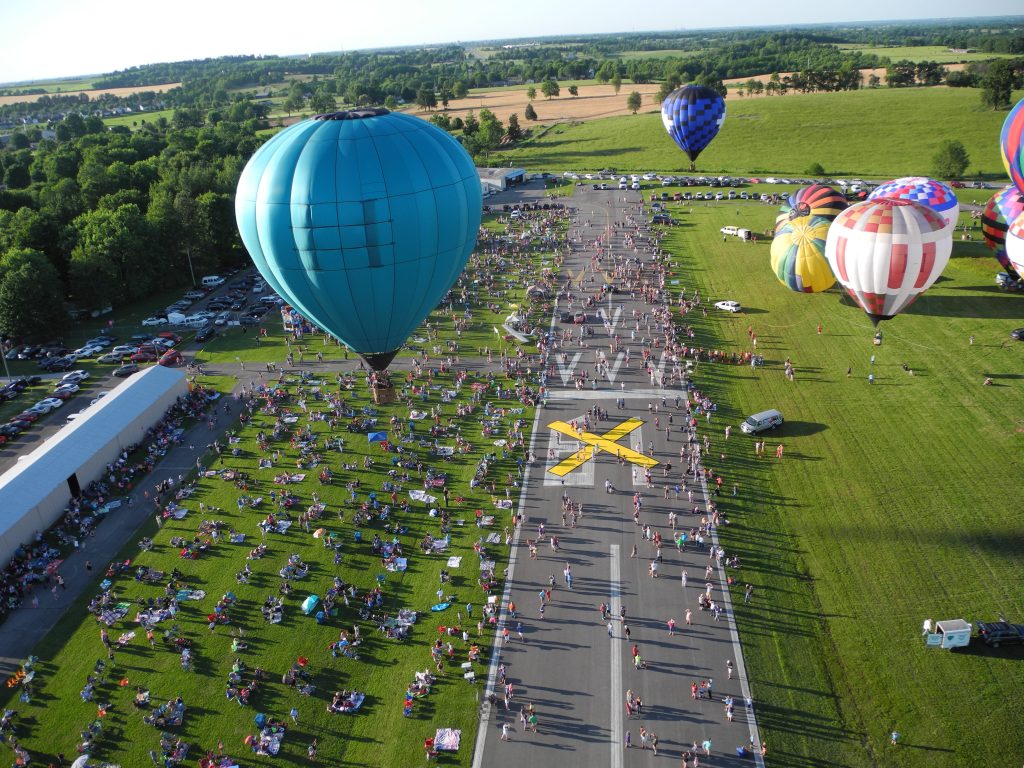 ‘My experience with Mariah’

The positive experiences I associate with the Great American Balloon Race goes back to a time when I was much smaller. I went to my first balloon race when I was 5 years old in 2004. My parents, sister, and I have attended the race many times to watch the giant, colorful balloons take flight. This year, 13 years after my first balloon race, I was given the opportunity to experience the race in a way I had never before — riding in one of the balloons. 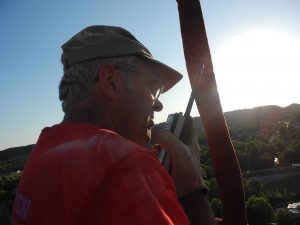 To say that I was excited would be an understatement. Upon entering the Danville-Boyle County Airport in Junction City, the city where I was raised, I was told to go to the hanger to the left of the airport. There I met the pilot of the balloon I would be riding in, Dave May. May was previously in the Air Force and has been flying hot air balloons since 1974. He now flies for Delta. His experience is plentiful and his abundance of knowledge about balloons, among other aircrafts, is very interesting.

The balloon and basket setup was completed by May’s skilled crew and within a half-hour,  the talented team had the balloon upright and ready for takeoff. Alongside May and a member of his team, I entered the basket and mentally prepared for an experience unlike any other.

While the final adjustments were made to the balloon and basket, I waved to my sister and dad standing nearby and questioned whether the decision I had made to climb aboard was wise. I believe this indescribable feeling happens to most people, whether it be sitting in a roller coaster at the top of a steep hill or sitting in a plane barreling down a runway preparing for takeoff. It is the pre-adrenaline before an adventure.

In a matter of minutes I was suspended hundreds of feet in the air — I realized I had made the right decision by climbing aboard. The feeling truly set in when I could no longer recognize friends and family scattered alongside the airport runway, but could only see people as mere specks on a green field.

As we continued to gain speed and height throughout the journey, I was speechless. I felt as though I was weightless and floating on a cloud as I looked down at the city I grew up in. Never in my life have I felt so much adrenaline as I did when looking around and seeing a beautiful panoramic view, and miles and miles of Kentucky landscape.

May’s other passenger, a member of his crew, told a story of her son who was a pilot in the military. She said he still seeks adventure and believes that is the case for many former pilots. Although they may no longer be employed to fly, they still crave the adrenaline provided by flight. After the experience I had on Friday, I can see why.

Being on the hot air balloon was unbelievably peaceful. There were multiple periods of silence where all three of us were simply looking and enjoying the provided sights. When you’re up that high in the air, you recognize how fortunate you are to not only have the experience, but to have grown up in such a beautiful area. 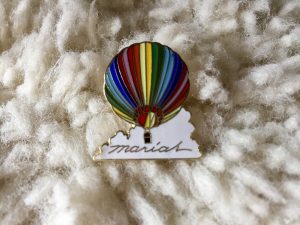 After an hour, May had found a suitable spot to land the balloon. We had a soft landing, and upon landing I was presented with a pin depicting May’s balloon, Mariah. Mariah may not have won the balloon race, but the day will forever be a win in my book. 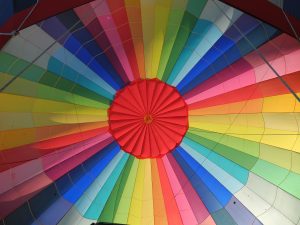