May 22 — A girl, Greyson Morgan, to Hannah and Rob Leath of Mitchellsburg.

May 23 — A girl, Saoirse Mairead, to Jennifer and John Harney of Danville.

May 24 — A boy, Sawyer Francis, to Kala and Scott Edwards of Harrodsburg.

May 28 — A girl, Emma Rose, to Samantha and Jason Godbey of Liberty. A boy, Cale Addison, to Margaret and Joshua Cocanougher of Harrodsburg. A girl, Chloe Renee, to Chelsey Phillips and Jacob Baker of Danville.

May 29 — A girl, Sawyer Blake, to Rebecca and Daniel Renner of Stanford. 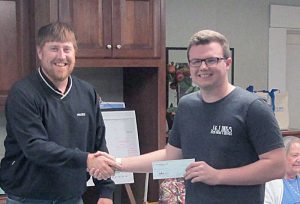 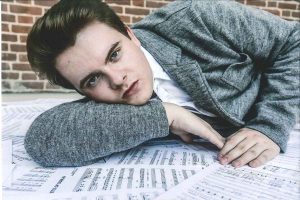 Dylan Godbey, 19, will be attending the New York City Broadway Dreams Summer Intensive in June with the discipline of musical theatre, with a specific focus in voice performance. Godbey is a 2016 graduate of Danville High School and just completed his freshman year at the Belmont University School of Music in Nashville, Tennessee where he is majoring in vocal performance and opera studies with a minor in theater performance.

In high school, Godbey was involved on the local community and high school stage in plays and musicals. He studied voice with Dr. Mark Kano, acting with Beth Marlowe, and was involved with forensics speech and debate under Steve Meadows.

Godbey recently made his operatic debut in the Belmont Opera Theatre’s Spring Opera Workshop, and will appear in Belmont’s Fall staged opera of “Die Fledermaus.”

After receiving a bachelor’s degree in voice he hopes to attend a two-year conservatory to obtain a certificate of Musical Theatre.

Broadway Dreams Foundation, established in 2006, seeks to empower aspiring young artists through performing arts training, with a focus on acting, voice, and dance disciplines. Program intensives are offered nationally and internationally throughout the year and are led by an exceptional faculty of compromised of respected entertainment professionals.

The organization’s bespoke programs tailored to student talents and interests and foster a supportive and collaborative learning environment, allowing for an organic introduction to the industry and its key decision makers — as well as an understanding of respect for the depth and breadth of theater history and tradition.

Over the past decade, Broadway Dreams has maintained regular residences nationally in such cities as New York, Los Angeles, Aspen, Atlanta, Charlotte, Omaha, Park City, Philadelphia, and Sacramento—with international locations in Fortaleza, Brazil; Moscow, Russia; Toronto, Canada; with other expansions in the works. In doing so, a passionate and energized global community of thousands has grown, defined by personal integrity, skilled craftsmanship, and joy that serve as the collective hallmark of a Broadway Dreams Education.

The Broadway Dreams Summer Intensive is a week-long program of strenuous professional training, with sessions in major metropolitan areas. Throughout the week, the international student pool employs the classroom to prepare for a formal showcase in which they perform alongside celebrated talents for an exclusive audience of industry professionals.

This year on the summer tour, students will receive training from the broadway cast of the Tony nominated musical “Anastasia,” alumnus from the long-running broadway musical “Wicked,” past stars of the Fox TV show “Glee,” cast members who were a part of NBC’s “Hairspray Live,” and many other industry professionals. Students from all around the country are put through a tedious audition process with different requirements for different disciplines in order to participate and be involved with The Broadway Dreams Foundation. 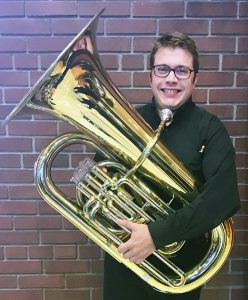 Blake Taylor, son of Todd and Tammy Taylor of Danville, graduated with a master of music degree in music theory from the University of Louisville on Saturday, May 13. Blake is the grandson of Billy Taylor, of Harrodsburg and the late Maxine Taylor, and the late Mr. and Mrs. Jim Gaddis of Junction City.
Blake maintained a 3.98 GPA while presenting research at the Indiana University Symposium of Research in Music Theory and the Universityof Louisville’s Graduate Student Council Research Conference. In the spring of 2017 he completed his master’s thesis titled, “Tonal Shift, Cadence and Transition in the Brass Sonatas of Paul Hindemith.” He also was a teaching assistant, instructing freshman students in music theory, and was a member of The Louisville Brass Band.
Taylor has accepted a teaching assistant position and will be a doctoral student at the University of Connecticut in the fall of 2017 term where he will pursue his Ph.D in music theory and musicology with full funding, and plans to continue teaching on the college level.
Taylor is a graduate of the University of Kentucky with a bachelor of music, magna cum laude, 2014, and a 2009 graduate of Boyle County High School Taylor credits Tim Blevins, his BCHS band director, with inspiring him to pursue a career in music. 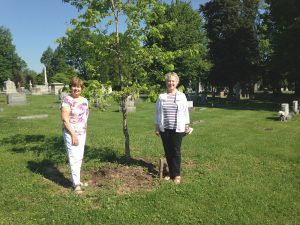 The Garden Club of Danville has been celebrating Arbor Day by donating funds to plant trees in a city cemetery since the 1930s.  Dogwood trees were planted for many years, but recently the club has been replacing declining canopy trees. This year white oak trees were planted in Bellevue and Hilldale. Club President Pat Boatwright, right, and Conservation Chair Sandy Reigelman  are shown by the tree planted in Bellevue. The Garden Club celebrates National Garden Week June 4-10.

A Master Gardener explains how to handle white pines…