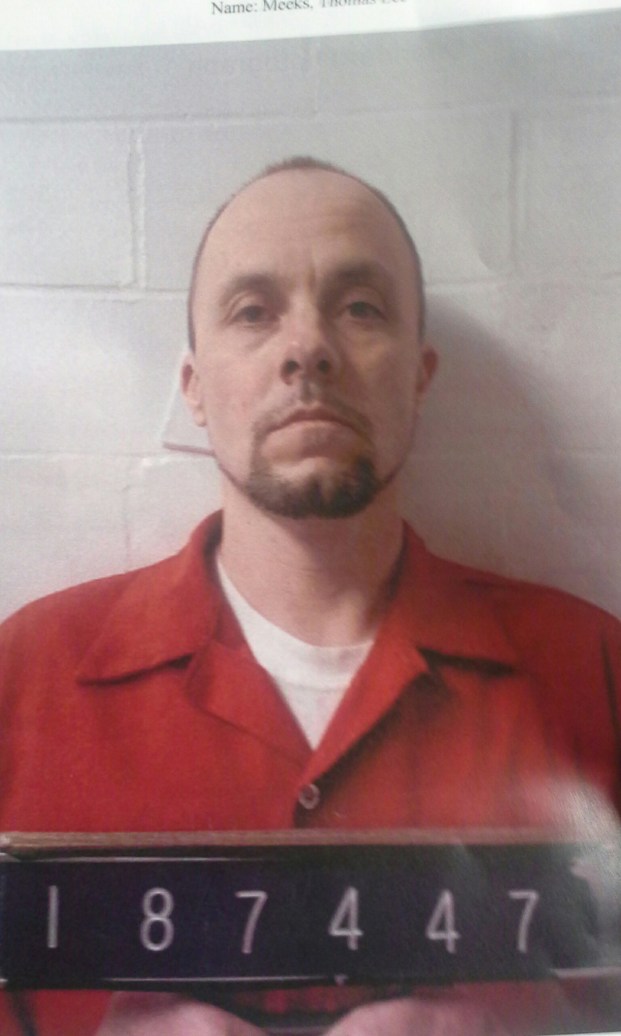 Photo courtesy of the Kentucky State Police Thomas L. Meeks, an inmate that walked away from the Northpoint Training Center on May 25 was captured on June 1 in Irvine, Kentucky.

An inmate who walked away from the Northpoint Training Center on May 25 was captured on Thursday in Irvine by the Kentucky State Police.

Thomas L. Meeks, 39, was captured at Oak Tree Inn, according to Trooper Robert Purdy, after having received information that he might be located there.

In addition to his earlier charges, Meeks now faces a charge of second-degree escape, a Class D felony. He was lodged at the Three Forks Regional Jail, in Beattyville.

Meeks was initially serving a sentence for theft by unlawful taking and second-degree burglary, a Class C felony, according to Purdy. Meeks was being housed in the minimum security portion of the facility when he walked away over night on May 25, resulting in a search by officers.

Cases on the Kentucky Court of Justice website reveal that Meeks has at least two active cases in Madison County and one in Jessamine County.

A woman in Hawaii is working to find photos of every veteran whose name is etched on the Vietnam Veterans... read more