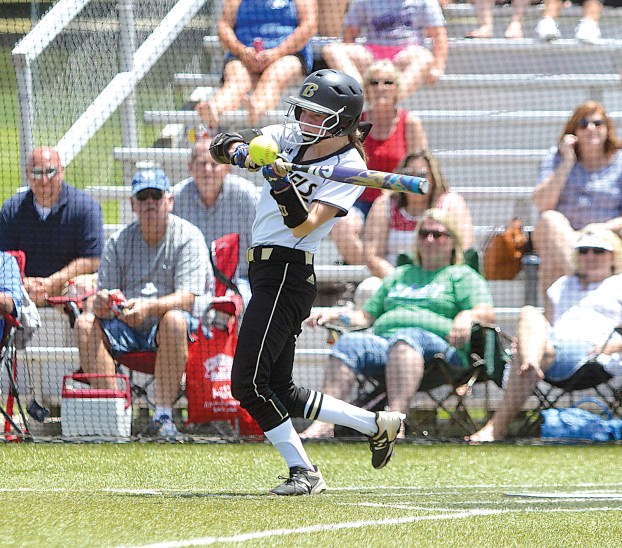 Pedals to the metal: Robbins, Gervacio give Boyle County softball speed to spare

It doesn’t take much to get Mattie Robbins or Izzy Gervacio on base. A little pop of the ball off their bats, and it’s off to the races for the speedy Boyle County softball players.

So it was with their natural speed in mind that they were shifted from the right side of the batter’s box to the left side as slap hitters.

“That was my dad’s (Derek) thought, ‘Well, you’re already moving, you’re closer and pretty quick already, so if you’re moving through the box already you’re going to have a better chance of getting on base,’” Robbins said.

Robbins has been working on slap hitting — where a batter takes a few steps towards the pitcher after the ball has been thrown — since she was 10-years old.

At first, it was lots of tee work. She started with bunting and worked her way to the soft slap, where she will complete her swing immediately after making contact; the hard slap is more recognizable as a complete swing, where the bat explodes through the ball.

Gervacio is still new at the art of slap hitting. Boyle coach Brian Deem told the freshman to switch to the left side last year. It’s worked so far this season for the state-bound Rebels, who face Notre Dame Academy at 8 p.m. EST Thursday in Owensboro.

“Coach Deem told me I needed to start hitting on the left side because it gives me a way better chance getting on base every time,” Gervacio said. “It was really hard because the strike zone looks so different. The outside pitches look real far, but they’re really not. I had to adjust to that.

“It was awkward hitting from the other side. Hitting from the tee helped me get used to it. And then just the footwork because I’d mess up and trip sometimes.”

Gervacio has watched Robbins for a few years, taking mental notes and getting advice from the Boyle junior, who leads off the batting order.

“I’ve watched her since I was younger, and she’s always been good at it,” Gervacio said. “I’ve kept watching her and learned how she did stuff. I asked her about it, too. She helps me with it all the time.”

For Deem, having Gervacio bat ninth and Robbins in the one hole often gives him an advantage when they bat back-to-back. Robbins leads the state with 72 hits, hitting .529, and she’s 22nd in Kentucky with 48 runs. 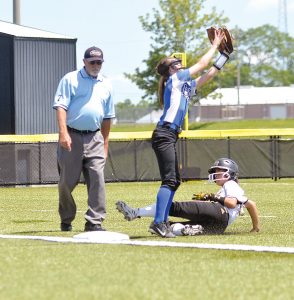 If the Rebels get both players on base, the following batters know they have a chance to put runs on the board.

“You can easily get runners on second and third with no outs, and then you have two, three, four (hitters) coming up and that can spawn a big inning for us,” Deem said.

Gervacio added, “My role is very important because if I don’t get on base and someone hits a home run or something, that’s only one run, but if I’m on there, that’s more runs. It’s important for them to move me around. Me being on the bases creates more runs.”

Once Robbins gets on base, she takes advantage of her speed and the havoc it can create for opposing players.

“I love running bases, that’s my favorite part of the game,” Robbins said. “I like stressing out the catcher and making them look at me.

“It’s stressful (for a catcher) because you have to think, ‘If I miss this, could they get two bases because they’re so fast? Or what if they both steal on me, what am I going to do then?’ You have all those crazy thoughts in your head.”

Robbins would know. She’s in her third season as the varsity catcher for Boyle, and she’s excelling in the role — her .996 fielding percentage is fifth in the state.

But she wasn’t always behind the plate. She said she’s naturally and outfielder, but five years ago, she talked with her dad about the switch. He wasn’t too keen on the idea at first.

“I begged my dad for gear, and he was like, ‘No, don’t be a catcher, you’re too little,’” Robbins said. “He thought maybe it’d be a good idea because I get to see the spin of the ball and how the ball’s moving. I think that helped me even more than I realized.”

And even on defense, she said her speed helps.

Both Robbins and Gervacio had to make adjustments to their games, both offensively and defensively, but they’ve always had that one thing a coach can’t teach — speed.

And if the Rebels make some noise in Owensboro, one thing is certain, Robbins and Gervacio will be ramping up the volume.