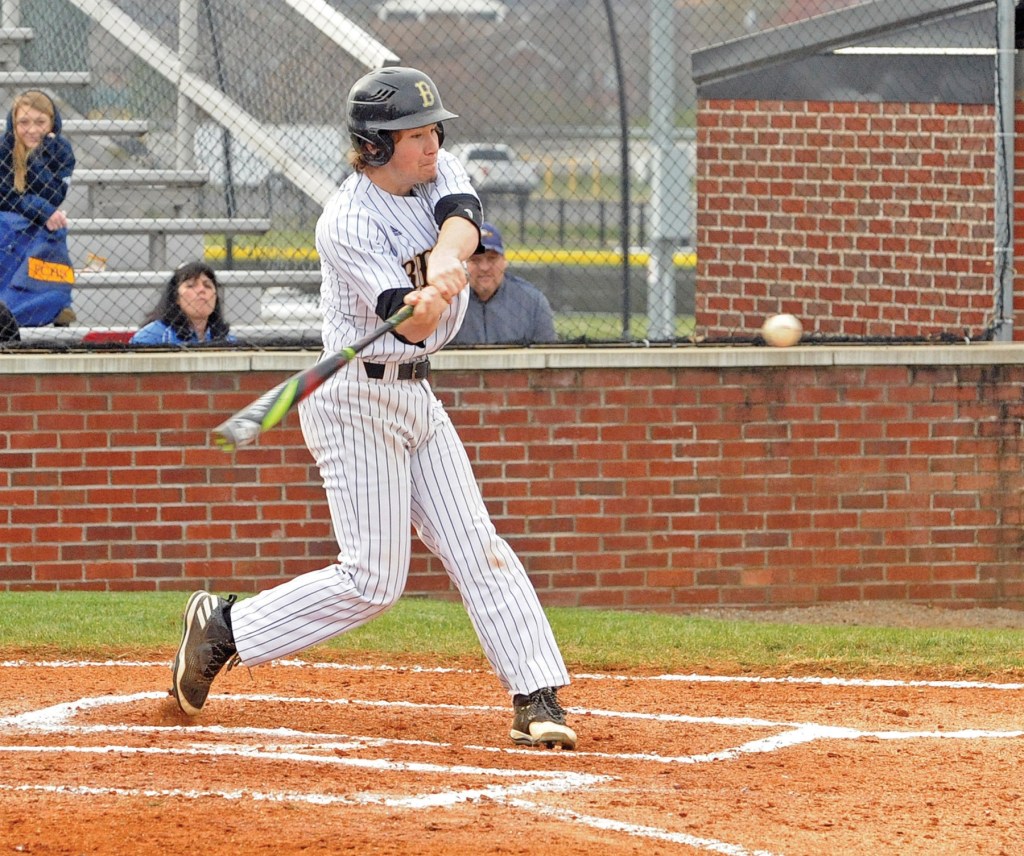 Ty Dragan is setting a new bar for hitters at Boyle County.

The 12th Region tournament MVP has 11 home runs this season, third-best in the state. He’s thrived as the No. 3 hitter for the Rebels after leading off as a sophomore.

“We made a change there, he led off all of last year and he started to have some power numbers,” Boyle coach Kyle Wynn said. “We just made a little movement to try to get him in spots to drive in some runs, that’s when we put him in the three hole. And he hasn’t changed one bit. He’s been the same guy doing the same thing, and that has helped us produce some runs.”

The Rebels’ offense has been a major factor in their 27-win season, averaging just under seven per game. In the postseason, Boyle has kept that trend, scoring 38 runs in five games.

Dragan had eight home runs in the regular season before hitting three — all against Lincoln County — in the postseason. In the 12th Region championship, Dragan hit two homers and drove in six RBIs.

In total, Dragan has hit five of his region-leading 11 homers against Lincoln County.

He said his confidence at the plate comes from the players around him.

“I don’t really know, I’ve just been hitting the ball well in practice and swinging for the fences every time,” Dragan said. “I’m getting a lot of chances with runners on base… Cameron (Walker), he’s just a contact hitter. He can hit home runs but he just gets on base. Karson (Thompson) can get on and you can’t ask for more than that … Even if I do get out, I have Hunter Mason behind me so I don’t have to worry.”

Wynn said he and his coaches knew they had a special player before Dragan even reached high school.

“We’ve known since before Ty got to high school, he’s always been a guy who someone has mentioned on the baseball diamond,” Wynn said. “That has carried over to the high school level.”

As a freshman, Dragan played in the outfield. As a sophomore, he was at second base. Now, he’s playing shortstop.

“He’s kind of played everywhere for us,” Wynn said. “… He can probably catch, put him at first base, he’s going to do as good of a job as anybody.”

Dragan even went on the mound in the region semifinal game against Rockcastle County — just his fourth appearance as a pitcher this season — and shut the door after Thompson’s six strong innings, hitting mid-80s with his fastball.

“One of the best things with him is that he came in and closed that last inning for us,” Wynn said. “That’s more of him more just being an athlete. He just goes out, his competitiveness put his velocity up more than we’re used to because he wanted to go out and get a win for his teammates. He has that ability when you need it.”

Dragan has continued to be the focal point of the Boyle offense: He’s in the top 25 in the state in runs (eighth), RBIs (25th), and slugging (16th). But he said it has been more difficult in the No. 3 spot instead of batting leadoff like last year.

“It’s kind of harder, really, because when I was leadoff, the first pitch is usually a strike and that’s what I would hit,” Dragan said. “But now, everyone is trying to pitch around me because I’m in the meat of the lineup. It’s harder to get on base.”

He might say it’s harder to get on base, but Dragan is still reaching base in more than half of his plate appearances. He’s hitting .455 this year and has a .527 on-base percentage.

Those numbers and a strong team around him have given Dragan the confidence to go out and “swing for the fences” every time he’s at the plate, he said.

Wynn said confidence at the plate — even if he whiffs at an early pitch — has helped Dragan fight back after being down in the count.

“I think that helps a lot,” Wynn said. “The biggest thing with him, when he gets down in the count offensively, even if he gets fooled early in the count, that confidence comes through. Even good hitters think about it, but I think Ty has confidence in his abilities, that’s when I see it the most. He makes the adjustment so it doesn’t happen again.”

It’s a love for the game that has separated Dragan this year, Wynn said. He’s always asking to do more in practice.

“I haven’t known Ty since he was a baby, but it seems like Ty has had a ball in his hands since he was a baby,” the coach said. “Every day, he’s asking if he can do something, help with the JV afterwards. He just seems to enjoy being on the diamond. It doesn’t really matter where he plays, no matter where we put him on the field I don’t think he’d complain, he just wants to be out there.”

Dragan said the approach to state will be the same as what he and his team had at region.

“We’re going to try and do the same thing that we did in regions, go at it hard every inning,” Dragan said. “Throw up zeroes and crooked numbers and let our pitchers do their job.