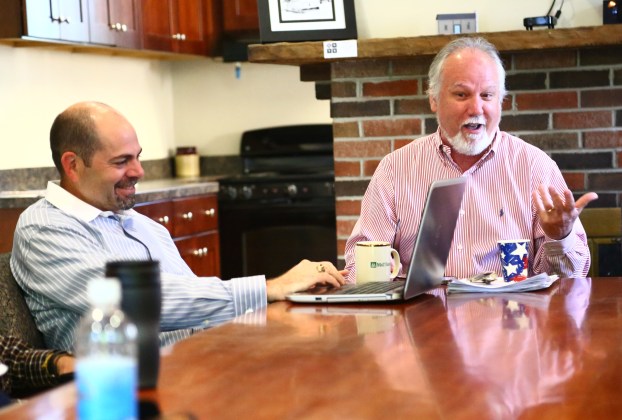 Members of the Economic Development Partnership voiced some colorful criticisms of their detractors and discussed how best to promote their nearly completed strategic plan during an EDP meeting this week.

“This isn’t a community that doesn’t have opportunities, that is struggling to find its next thing because there’s not a whole lot to sell,” economic development consultant Kyle Talente said during the special called meeting of the EDP board and strategic planning workgroup Wednesday morning. “I think you guys have a tremendous amount to sell. I think your biggest challenge is how do we get everybody pulling in the same direction?”

Talente said “setting expectations and benchmarks to our available resources is going to be critical,” reiterating an idea he has stated numerous times throughout the strategic planning process, that Boyle County is expecting more from the EDP than the EDP can produce given its current level of funding.

“In my opinion, the expectations everybody has are well beyond the … resources we had available to meet all of it,” he said. “… We need to be more realistic about what we’re going to get out of our economic development efforts. Let’s start there. Let’s define ‘this is what it is’ and be more clear — more clear internally, more clear externally, and then go.

“Because the absence of data is opinion. And this community has proven it’s more than happy to express its opinion.”

EDP Chairman Ben Nelson said the EDP needs to be clear with the public when something happens that is a result of the strategic plan.

“If you don’t label and link it back to this plan, the average Joe will never get what this plan means to this community.”

“Some of those opinion holders, you know — you might as well talk to that wall to change their mind,” she said. “And we need to forget them, but we need to keep selling the story over and over, because the opinions are going to fill the vacuum every step of the way.”

Nelson said the local community can be represented by a “bell curve.”

“On this end of the bell curve are the highly engaged, highly dedicated, hard-working people that want to drive economic development. It’s going to be 10-20 percent of the population,” he said. “On the back end of the bell curve, you’re going to have the Debbie and Don downers. They’re bitter, they’re angry and they will not move. It’s the middle of the bell curve that we can pull this way. We spend way too much energy worrying about those back-end people. Those people — bless their hearts, I’m not going to move them. And I’m not going to spend energy on them.

“There is a segment of this population that is dying to see us come together and pull them this way. That’s who we can move. And that’s what this plan allows us (to do).”

EDP members discussed how to best educate the community about the strategic plan and the difficulties created by the plan’s extensiveness and complexity.

“Sometimes boiling down something this complex in two or three pages doesn’t do justice to what you’re trying to accomplish,” Talente said. 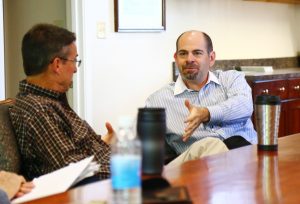 He recommended sharing pieces of the document with people who are interested and teaching them about individual parts rather than attempting to condense the entire plan into a single digestible thing.

“You don’t have to take the document in full if you don’t need to … I would warn you against trying to truncate it too much because you lose the intricacy of how it all has to fit together, like gears,” he said. “It could bland out what you’re trying to move forward on.”

Nelson said he agrees with Talente.

“When you start trying to take something this complex and — excuse the language — dumb it up in some two-page document, the power of the pen will distort the contents,” he said. “I would stay away from that.” 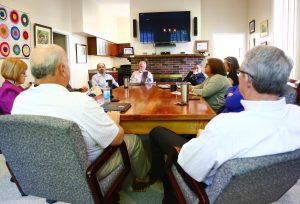 The Danville-Boyle County Planning and Zoning Commission has approved a plan from Denyo to potentially build an addition with a... read more