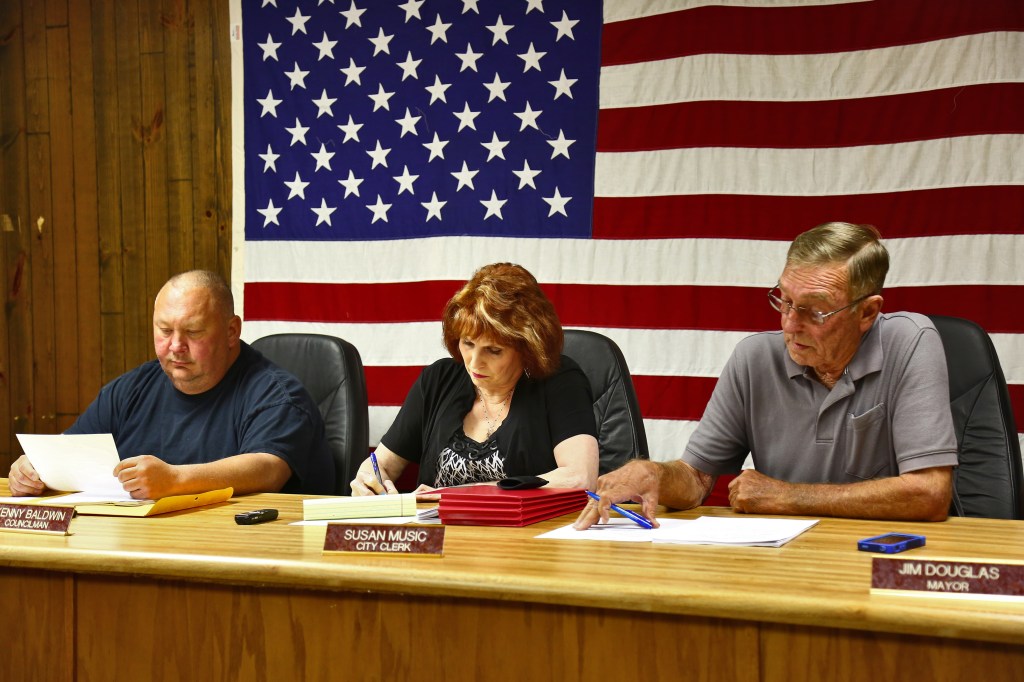 Thursday night’s Junction City Council lasted less than five minutes, but in that time the council finalized one of its biggest annual decisions — it passed the second reading of its 2017-18 budget.

The budget was the first item on a very short agenda. The council motioned, seconded and voted unanimously in favor of the budget without any discussion. Mayor Jim Douglas said after the meeting that there were no changes made between the first and second readings.

The $860,125 budget is about $48,000 larger than the current year’s budget. Officials have said a large chunk of the increase is due to the city needing to take care of aging city buildings — building repairs are budgeted at $24,000, which is six times as much as the $4,000 budgeted this year.

The city’s police and fire budgets have gone up as well, by 1.6 percent and 41.8 percent, respectively. The police budget in the new fiscal year is $215,150; the fire budget is $50,440. Much of the increase in the fire budget is due to the age of the city’s fire truck, according to officials.

Before the council meeting adjourned, Douglas told city council members he plans to talk with construction company The Allen Company about repaving four city streets that are in bad condition: Mill Street, Carl Lane, Bellview Street and Oakland Street. Douglas said he doesn’t yet know how much that repaving might cost.