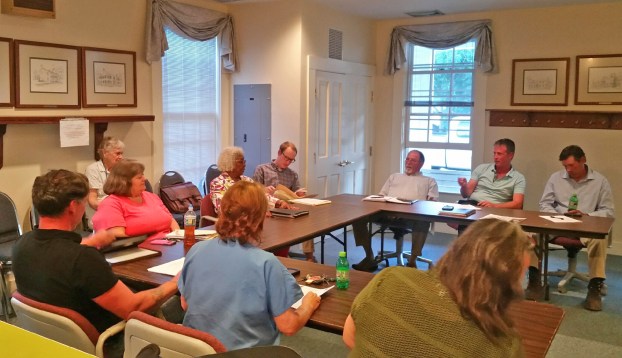 The Perryville City Council had second reading and approval on the 2017-2018 budget Tuesday night.

“For the most part, there weren’t any big changes at all from what we had,” said Council member Brian Caldwell during the May meeting and first reading. “I think the biggest change was probably $300 to $500 here and there. As always, with what we had to work with, when we add $300, we have to take it from somewhere.”

The biggest change is the ABC administrator, a cost of $2,000. Currently, there are no businesses operating under an alcohol license in the city, despite residents voting in 2016 for that to be allowed.

• Heard from Darcey Schneider, new director of the Perryville Social Club, sharing some of the upcoming events taking place in the city, such as hosting pop up restaurants every two weeks in the city. It will be a fine dining experience, she said, and the proceeds will be used to give back to the residents of Perryville. They plan to use the money to update Baril Park and help senior citizens in the community. She said a work day in the park will be held from 9 a.m. to 1 p.m. Saturday.

• Heard from City Attorney Winfield Frankel regarding Highland Trail, an easement which was put in place to offer ingress and egress to lots in what was to be the Crestview subdivision. Frankel said he believes the easement does not belong to the city and is a matter better suited for the civil courts. He said he would do further research to ensure that it was not a city street.

• Heard from members of the congregation of St. Mary Catholic Church, who wanted to know if it was the church’s responsibility to repair the sidewalks in front of their building. Parishioners are concerned that the brick sidewalk could cause someone to fall; they asked if it would be possible to replace it with a concrete sidewalk, because it would be easier to maintain. Council member Julie Clay said she thinks it is the city’s responsibility to repair, and that it would be better to fix the brick, which is more fitting with the historical aspect.

Council members voted to take bids to repair the sidewalks and rock wall on South Buell Street, including in front of the church.

• Discussed the ownership of Baril Park and whether or not the city has an easement that allows use of each of the properties that adjoin to create the park, or simply to pass through. Frankel said he would research the plats and easement in further detail.

• Approved an appointment of Bruce Warren to the Boyle County ethics committee on behalf of the city. 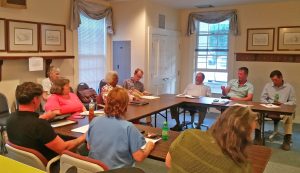 Thursday night’s Junction City Council lasted less than five minutes, but in that time the council finalized one of its... read more