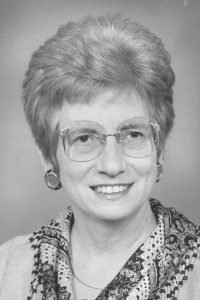 Ada Moore Cook Jordan, 80, of Danville, passed away Monday, June 5, 2017 at her home. She was born on October 18, 1936 in Madison County to the late Robert and Helen Coffey Moore. Ada is survived by her loving husband, James Jordan.

Ada graduated from Buckeye High School in Garrard County and worked for Inter County Energy for over forty years retiring as a billing supervisor. She was a faithful member of the First Baptist Church in Danville.