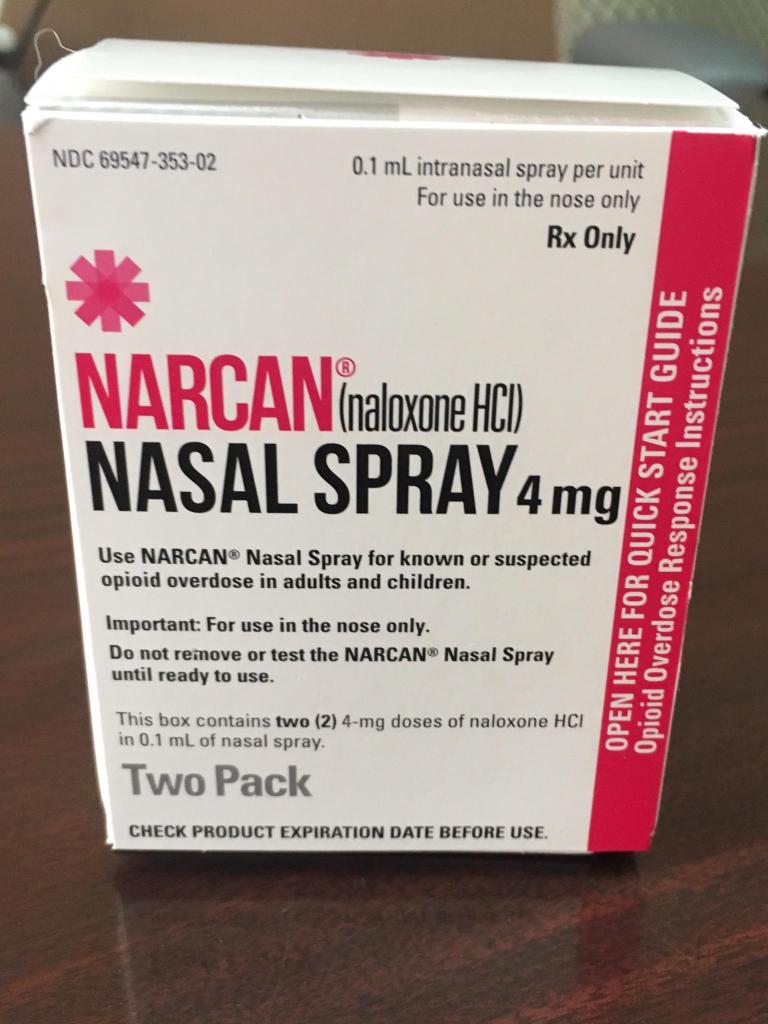 STANFORD — The Lincoln County Health Department has about four months to spend $10,000 on naloxone nasal spray kits for emergency responders to treat heroin overdoses, and the price of naloxone has more than tripled since the harm-reduction grant was approved and the first half was funded in October.

The original grant was intended to cover the cost of an estimated 408 kits with $20,000, but the Kentucky Agency for Substance Abuse Policy confirmed Tuesday it has approved a budget amendment to reallocate the second half of those funds to a new needle-exchange program.

When the proposal was written, naloxone kits cost a little less than $50 each. But now, the price is at least $150 per kit. The remaining $10,000 in grant money would cover about a sixth of the kits for which ASAP originally planned on buying — likely no more than 65 kits in total.

“(I) Haven’t bought the kits yet because we don’t have all the logistics in place,” Jamie Leigh, ASAP coordinator for Lincoln County, said Monday. “We could spend it, but we don’t have a place to dispense them.”

Leigh wrote the grant thinking the health department would be able to dispense the kits, but Diane Miller, public health administrator for the county, later found out it could not be done that way. After months of looking for ways to dispense the kits, most recently focusing on Ephraim McDowell Fort Logan Hospital, Miller discovered Wednesday that first responders could actually order the kits themselves and send a bill to the health department for reimbursement.

Miller originally wanted to set up the dispensary through a pharmacy like Coleman’s Drug Store, but the store’s owner, Dr. Alfred Pence, a pharmacist and a board of health member, said that could not happen because pharmacies are restricted by law to dispense naloxone only to those who have a prescription.

“That’s kind of a glitch in it,” Pence said. “We can fill it for that particular person, and then a family member can administer it, but we cannot just dispense it to EMS and (other emergency services).”

Miller and the health department serve as funding and fiscal agents for ASAP in Lincoln County and are involved in many of its programs, Leigh said, so having them broker the dispensary deal with a pharmacy seemed like a natural step when the proposal was written. But the search for a pharmacy has locked up the money, and, in the meantime, the price of naloxone kits has soared because the demand is greater than the supply.

Ashley Powell, director for Lincoln County’s emergency management services, said he constantly has to order new supplies of naloxone, generally purchasing 10 pre-filled syringes about every two weeks for more than $400 a brick, so he could use the help. He tries to keep at least 30 doses at a time on-hand — five for each of his five ambulances and five as a backup — but his paramedics often have to use more than one dose at a time.

“What they’re cutting the heroin with these days is a lot stronger, so it’s taking more doses in some cases,” he said. “We’re not just talking about waking them up — I’m talking about just to make their respiratory drive work and make them breathe.”

Emergency responders often use three or four doses at a time now for that purpose, but sometimes they have to use a full brick of 10 or more. “It’s not just Lincoln County or this area, it’s statewide — I’m sure it’s nationwide,” he said.

With a few months left in its fiscal year, EMS has already outstretched its budget for naloxone by about $2,500, and Powell said that number could reach up to $4,000, as it has in previous years.

“We could always use Narcan kits,” he said, referring to naloxone by a brand name. “I’ve been trying to find out how to get (access to ASAP’s grant funds) because I know some neighboring counties that are in it, and they’ve got quite a bit of supply of Narcan that has really taken a relief off their medical supply budget.”