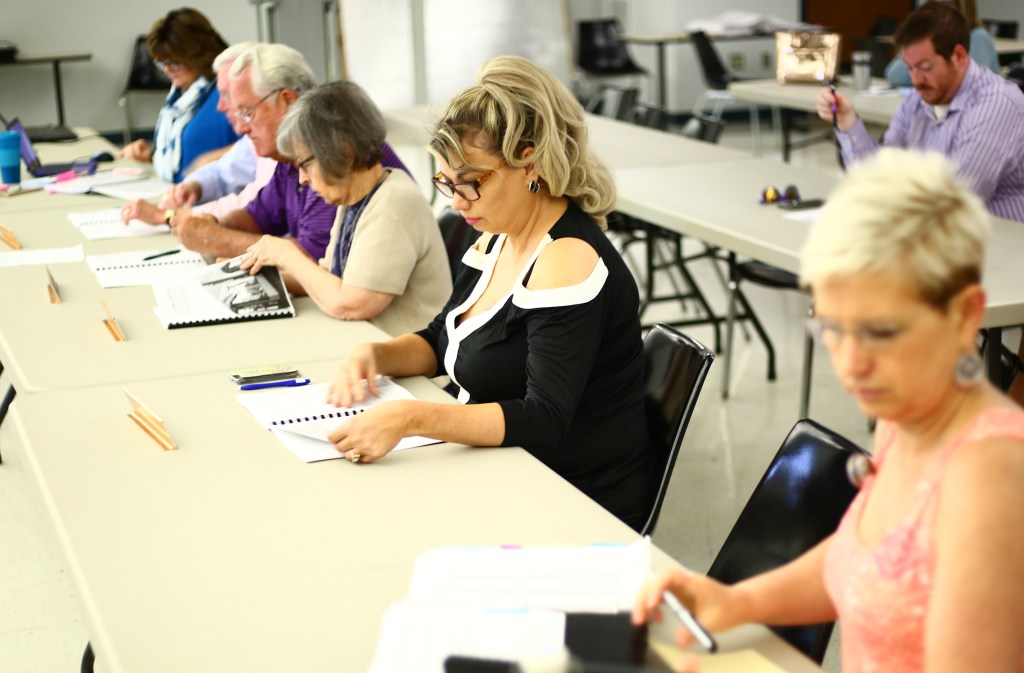 Ben Kleppinger/ben.kleppinger@amnews.com Members of the Danville Architectural Heritage Board review the first draft of new design guidelines for the historic overlay district during a special called meeting Wednesday. 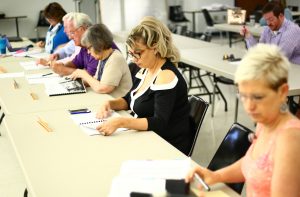 Ben Kleppinger/ben.kleppinger@amnews.com
Members of the Danville Architectural Heritage Board review the first draft of new design guidelines for the historic overlay district during a special called meeting Wednesday.

Proposed new design guidelines for Danville’s historic downtown district would remove specific dimension requirements from business signs and allow for some kinds of work to be done on historic buildings without approval from the Architectural Heritage Board.

The AHB reviewed the first draft of the overhauled guidelines at a special called meeting this week. All seven chapters and six appendices of the document have also been made available online for public review.

AHB members and a few interested downtown community members spent close to two hours picking over details in the guidelines Wednesday, as they try to wrap up the process by the end of the month. Danville received a grant from the Kentucky Heritage Council that will cover around $9,800 of the approximately $16,000 cost — but only if the work is done by June 30.

Officials have been careful to note during the process that the June 30 deadline doesn’t mean the new guidelines will be implemented by then, only that the consulting company creating the guidelines, Cultural Resource Analysts Inc., must produce a final document and end its work. The guidelines could still be modified after that date, and they would still have to be approved by Planning & Zoning and the Danville City Commission before they could take effect.

One aspect of the guidelines that got attention at the AHB meeting was the ability for some work on historic buildings to be completed with approval by a qualified staff member, removing the need for property owners to come before the AHB for approval as frequently.

Such staff approvals could be done by a preservation specialist if the City of Danville follows through on a plan in its proposed budget to hire new qualified preservationist staff, said Alan Higgins with CRA.

“I know there’s been discussion about frustrations in terms of people having to wait … for a meeting (of the AHB) to come up,” he said. “So this discussion and design review process as it stands and as proposed, does incorporate the city’s ability to use administrative approval for small-scale projects.”

An appendix in the guidelines lists 39 different kinds of work that can be done on historic buildings and whether each kind would be considered routine maintenance with no approval needed; require staff approval; or require review by the AHB.

Replacement of doors, awnings, gutters, siding, windows and signs could potentially be staff-approved projects as long as they are replaced with similar materials and the design is kept consistent. Replacement of some items with the same materials and no change in design would be allowed under “routine maintenance” without any approval.

Higgins said the initial list is “not a finite set” and could be made bigger or smaller depending on what the AHB thinks is appropriate — and whether Danville does provide a preservation specialist.

Multiple AHB board members seemed on board with the plan and critical of how property owners currently have to come before the AHB too often.

“Routine maintenance should not ever have to be in front of us,” AHB member Julie Wagner said.

Higgins said that is the intention behind the reworked guidelines.

“Everything in the design guidelines, it goes back to the dialogue of making it easier to work together (with property owners),” he said. “Having an overly cumbersome process that reviews every single project — it’s not conducive to facilitating the idea of you guys being helpful to everybody.”

Heart of Danville Director Nick Wade said there are several things he likes in the guidelines, including the staff reviews.

“I know that will make a lot of downtown business owners very happy because they won’t have to wait 30 days for an AHB meeting,” he said.

Wade said he also likes the readability of the guidelines; the allowances for murals and public art; and the non-prescriptive language that would allow the AHB to make decisions on a case-by-case basis when projects might not fit perfectly in the guidelines.

However, Wade questioned a statement in the guidelines that internally illuminated signs would not be appropriate.

“I hear time and time again that downtown at night is dead space, it’s unwelcoming. I think part of it is because we can’t have illuminated signs,” Wade said.

“Could you elaborate on why internally illuminated signs are not appropriate for historic downtowns?” Wade asked Higgins.

“Some historic downtowns do allow it — that’s the reality; some do not,” Higgins said. “The main reason (some don’t allow it) is that it has the potential to be very overwhelming, very quickly. … If it is not done in a sensitive matter, particularly in relation to neighboring buildings and those across the street, it can very quickly become obtrusive.”

Higgins said it is possible to have good internally illuminated signs, but it’s difficult.

“There’s always that balance between a small-town feel that is vibrant, versus just another commercial corridor,” he said. “It’s a very delicate balance in trying to maintain that.”

AHB member Dana Dixon asked everyone to visualize signs like the Subway sign from north Fourth Street being in more places around downtown Danville.

“That’s probably the most offensive sign” in the downtown area, she said.

“I would encourage the board to consider illuminated signs in that context,” Wade said. “Not a plastic sign that’s illuminated, but signs that are illuminated internally that are artful and creative and add to the vibrancy and integrity of the historic district, that are not just a standard, run-of-the-mill sign.”

The draft design guidelines for Danville’s historic overlay district are now available for the public to review by downloading them from http://bit.ly/DanvilleHistoricGuidelinesDraft.

Alan Higgins with Cultural Resource Analysts Inc. is taking comments and incorporating them into a final draft that will be presented at the next AHB meeting, 9:30 a.m. Wednesday, June 21, at Danville City Hall. Further comments will be accepted through June 23, and Higgins will then present the final document to Danville by June 30.

If you have any comments or questions, you may submit them to Code Enforcement Director Bridgette Lester in writing at Codes Enforcement, P.O. Box 670, Danville, KY 40423; or via email at blester@danvilleky.org. 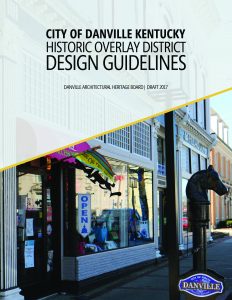 Cover of the draft design guidelines 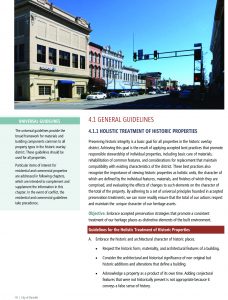 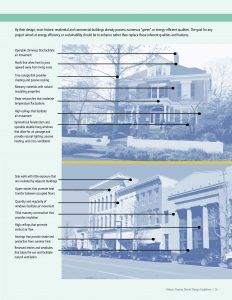 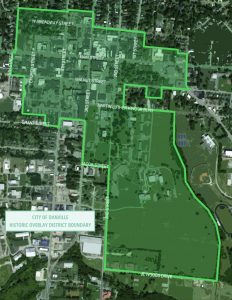 Substance abuse continues to plague, but there are reasons…