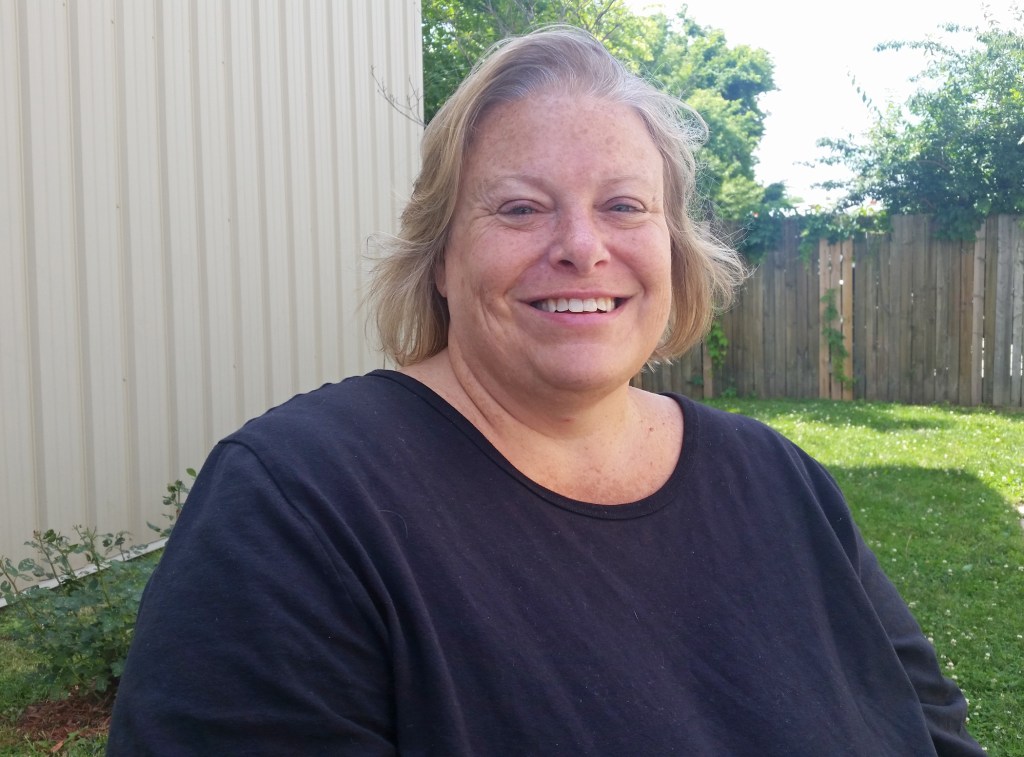 Celebrate Recovery is more than just a ministry aimed at helping those with addictions, but Jayne Pitman, leader of the Celebrate Recovery group at Perryville Baptist Church, is quick to point out the importance of that aspect of it. She says the program is designed to help anyone dealing with their own habits and hang ups, some of which they’re not even aware of.

“One of the great things about Celebrate Recovery (is) you have a lot of people, they want to come in and be helpers. They think that they have something they can contribute,” she said. “What they soon realize (is) they came to be helpers but they need help. We have seen that at Perryville so much.

“When we first started, we had six or seven that said ‘I want to help; I don’t have any issues.’ Then all of a sudden, things start coming up … The people that came to help are actually receiving help from CR. That’s awesome to see.”

Pitman was one of those people herself.

When they started a program in Perryville about a year ago, Pitman went because she was curious.

“I went just to see what it was that turned my son’s life around. I wanted to be a part of that and see what I could do to help,” she said. However, “I slowly realized that Celebrate Recovery was not just an ‘addict thing,’ that it is for habits and hang ups. I started realizing there were things within myself that I hadn’t let go.”

Simultaneously, Pitman said, her church experienced a departure of the minister of music. She was approached about filling in.

“Me, that has no musical background except for being in band and singing in church my entire life. I said, ‘Well, if you can find someone to do the church thing on Sundays, I’ll take care of the praise team and I’ll be behind-the-scenes because that’s where I’m comfortable.’ For a couple of months, I did that,” she said.

Then, she began doing more.

“I took over and did the choir at church. From there on, they asked me to become the worship leader at Perryville Baptist,” Pitman said. “It took a lot of prayer, because that’s not a comfort level for me. Through Celebrate Recovery, I found that I do have the strength to do that.

“When you ask God what his plan for your life is, sometimes he reveals that. Sometimes it may not be what you want to hear, because it’s going to take you out of your comfort zone. I gave it all to him and said, ‘If this is where you want me to be, we’ll do it until you’re ready to move me somewhere else.’”

“I love my job. I love being able to bring the music to our congregation and see them worship in that music.”

Then, in another step of faith, Pitman was asked to take over for the church’s secretary after she retired.

“I told them, ‘I really need to pray about that,’” she said. The job would allow the “Nana” more time with her three grandchildren, but would be a drop in pay.

“I gave it over to God and said, ‘If this is what you want me to do, this is what we’ll do.’ Obviously, he decided that’s where I needed to be.”

“You always hope that you get a job that, you know, gives you a purpose in life. A job you can wake up everyday and be excited about going to. That’s where I am right now,” Pitman said, smiling. “It doesn’t hurt that at 2 p.m. when I get off, I get to go and get my grandbabies and watch them. That’s a win-win for me.”

With becoming the secretary, Pitman has also gotten involved in the church’s food bank, from which food is handed out on the last Saturday of the month. She helps collect and count food, but said the real workers with that are Kevin and Jenni Devine and Carolyn Shook.

“They do a fantastic job,” she said. “They do an awesome job on that. It’s for anybody that needs food at the end of the month … it’s such a blessing to be able to do stuff like that.”

“I’m so excited about that getting back into the swing of things. We’ve been missing that,” she said.

It all goes along with other ways the church is striving to serve the community, she said, such as the Celebrate Recovery group, one of six currently active in Boyle and Mercer counties.

Since her first visit to check it out, Pitman has moved into the spot of song leader and encourager for the group, and now leader.

Amy Smock, one of the people involved in the Perryville group, jokingly called her the “Momma Bear” of the church’s chapter.

Pitman laughed and agreed with the term.

The group starts with a meal, than has a large group meeting with songs, prayer, a speaker and sharing in smaller, separate groups of men and women. That’s where people can talk more, share, and answer questions.

“You can really break down and tell what’s going on … That’s where, I think, a lot of the soul-cleansing comes. I think one of the most amazing things that comes out of it is that you end up meeting people that you wouldn’t normally meet in your life. You become friends that encourage each other,” Pitman said.

There are 20-30 people on average each week, with about 10 of those regular attendees.

Other people that help with the group in Perryville are Chris Brummett, Joey Carangan and Scott Bailey, as facilitators; Carolyn Shook and Smock, who help with advertising; and Smock also helps lead a small group.

There are those who bring food for the group each week and Pitman’s mom takes care of the childcare component, watching children from six months old to 11- and 12-years-old.

“We desperately need other people to help her out with that,” she said. “That helps our Celebrate Recovery because we do offer the child care. A lot of times people will say, ‘I can’t go and do that because I have kids.’ They’re able to bring them with them. They get their meal on Tuesday nights and then go and play while we have the meetings.”

The group has been a great blessing, she said.

“One thing I want people to know is that if it would not have been for Celebrate Recovery, my life would not be where it is today. I definitely would not be standing up in front of people and being able to talk to people — that’s not my nature by any means,” Pitman said. “I give God the glory first, but I give Celebrate Recovery the glory for God working through them so that I could see his plan for me.

“My Pastor Doug (Davis) was like, ‘I’ve always known you could do this. You’ve just got to get out of your comfort zone. God will push you out of there.’ Yea, he didn’t push me, I think he shoved me,” she said, laughing.

Her husband, Terry Pitman, has also been a supporter in her growth.

“He’s always known my life was God-centered,” she said. “He’s very proud that I have completely let God take control.”

Pitman said the two met at another church and bonded over some mutual interests. Her husband now is an assistant coach for the Danville baseball team, “which is a heated conflict for us sometimes.”

“I am gung-ho Danville baseball, but everything else it’s Boyle County to the core,” said the Perryville native. “He’s going to have to come to our side eventually. Our grandkids are going to be at Boyle County soon.”

Pitman said “sometimes, it’s easy to forget things and forget what your purpose is.”

“I think that’s one of the biggest things with Celebrate Recovery — we’re able to put people on the right road and give them the tools they need to become the people God wants them to be,” Pitman said. “When I see an addict that has finally ‘got it’ and they have finally put Jesus at the center of their life, it amazes me the person that they become.”

There are Celebrate Recovery groups meeting throughout Boyle and Mercer counties:

All meetings are confidential.

Anyone interested can attend one of the meetings. Contact Billy Burrows with Celebrate Recovery at (859) 325-8808 for more information.

Owners could work on downtown buildings more easily under…